South Africa batsman David Miller has made himself indefinitely unavailable for selection in first-class cricket.

Miller is a regular in the South African white-ball squads having represented his country on 170 occasions. The 29-year-old remains available to play limited-over cricket for his country and domestically for the Dolphins. He has not yet played Test cricket for South Africa and has scored six centuries from 63 first-class games.

Miller’s refusal to play red-ball cricket is the latest in a growing trend in established international limited-overs players concentrating purely on white ball. Earlier this year, Englishmen Alex Hales and Adil Rashid ruled themselves out of first-class selection for their counties this season to focus on limited-overs cricket. Rashid has since been selected for the England Test side without playing any previous first-class cricket in 2018. 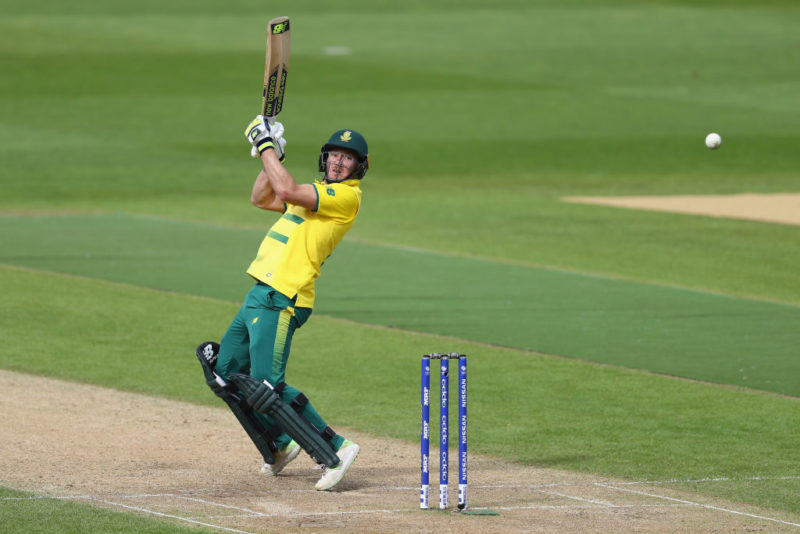 Miller in action during the Champions Trophy for South Africa

“It was a tough decision to make,” Miller admitted. “I have always loved playing red ball cricket but I have decided that I would, in future, like to concentrate on white-ball cricket to make sure that I am in a position to give myself the best opportunity to play for the Proteas in the format that I love.

The proximity of the 2019 World Cup was a factor in Miller’s decision-making. “This is an important decision for me, especially with the World Cup looming next year,” he said. “I will also be available to play for the Dolphins in all limited-overs competitions and will give it my all to help them win trophies this season.”

Reflecting on Miller’s decision, Cricket South Africa Chief Executive Thabang Moroe said: “It is disappointing to lose David from our pool of potential Test players. At the age of 29 he still has many years of good cricket left in him in all formats, but at the same time we have to understand that he wants to throw his full weight into helping the Proteas win the ICC World Cup.

“He has time on his hands to resume his first-class career in due course and I sincerely hope that we have not seen the last of him in red-ball cricket where he has shown his undeniable talents in the past.”

While Miller will not compete in first-class cricket for the foreseeable future, the attacking batsman has not ruled out a return in due course.