Australia batsman David Warner, troubled by a sore glute muscle, will have to prove his fitness to be a confirmed starter for his side’s 2019 World Cup opening game against Afghanistan, on June 1.

The 32-year-old Warner has been in red-hot batting form leading up to the World Cup, topping the run charts in IPL 2019. An early departure meant he played in only 12 of the 15 games for Sunrisers Hyderabad, yet, ended with 692 runs at an average of 69.20.

While he played the unofficial warm-up game against West Indies and the first warm-up fixture against England, scoring 12 and 43, Warner was kept out of the Sri Lanka clash as a precautionary measure for his soreness.

Head coach Justin Langer said that an excited Warner is ‘jumping out of his skin’ ahead of the opener, but will have to be assessed via a fitness test on Friday, May 31, before he is given a green signal to play.

“He’s obviously desperate to play. Like all 15 players would, he is jumping out of his skin, his energy is up and he’s laughing a lot, which is a really good sign. We’ll have a pretty good idea today, how he moves and how he pulls up in the morning,” Langer said. 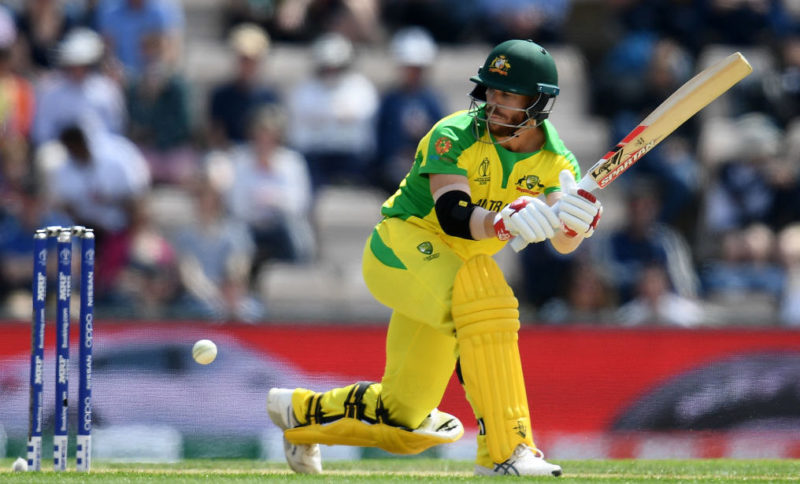 “But what I have expressed to him is it’s really important to be fair to the other players, we don’t want to be getting to Saturday morning and making a call when a couple of other guys are wondering if they are going to play or not going to play. ”

The issue occurred on May 29, when a sore right glute forced Warner to pull out of a training session in Bristol. While he has been able to bat without any hindrance, it is his lateral fielding movement that could be a cause of concern.

"Like all 15 players would, he is jumping out of his skin, his energy is up and he's laughing a lot, which is a really good sign"

If he plays, it will be Warner’s first international game since March 2018, having served a one-year suspension following the ball-tampering incident in South Africa.

The Australian team is facing a selection dilemma at the top: if Warner is held back, Aaron Finch will open with Usman Khawaja, with Shaun Marsh likely to be slotted in at No.3. Warner’s availability would mean one of Finch or Khawaja will have to let go of the opener’s spot.

“The earlier we can make the decision, the better. Hopefully, we can make it tonight where he says ‘yep, I’m ready to go’, or ‘I’m not sure’ if he pulls up sore in the morning,” Langer concluded.