Derbyshire have added Scotland batsman Calum MacLeod, who led his nation to a one-day victory over England on Sunday, to their T20 Blast squad.

The 29-year-old, who hit an unbeaten 140, was named man of the match in an historical Scotland win that will live long in the memory.

MacLeod, who has represented both Warwickshire and Durham in the past, has scored 2,342 runs in 85 games for the national team. 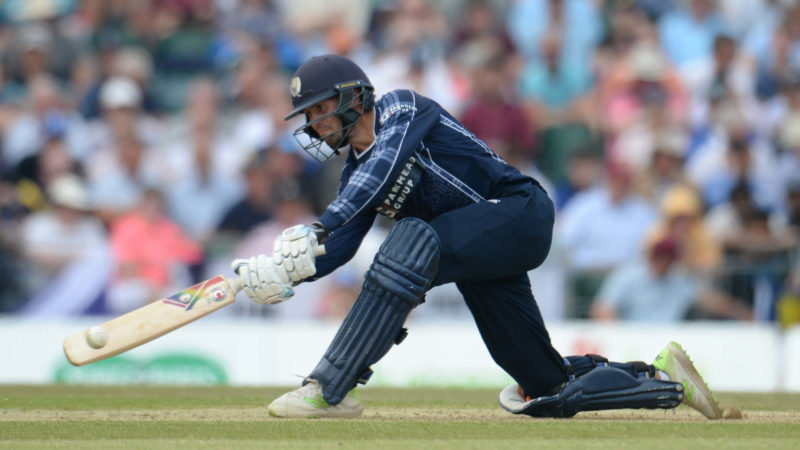 “Calum is a powerful striker and on Sunday showed what he can do on the big stage,” said Derbyshire cricket advisor Kim Barnett.

Bradburn told the club website: “It’s an exciting partnership between Cricket Scotland and Derbyshire. Calum and Safyaan are both highly-talented cricketers and will add depth and international experience to the Derbyshire squad.”