Alastair Cook has warned young players in the domestic circuit not to let the prospects of a lucrative deal with one of the franchises of The Hundred distract them this season.

The Hundred, set to commence in 2020, is expected to have eight franchises, each with squads of around 15 players, including three overseas players for each team. That will make competition tighter among domestic players, and the limited-overs matches this season will likely be their stage to catch the eye.

However, Cook, who is back for another season with Essex after retiring from international cricket, believed that is the wrong way to go about things. “People are thinking ‘if I do well this year, next year will be taken care of’ but actually if they do well this year it will be great for them and if they start thinking about the future, they will come unstuck,” he told Sky Sports.

“If only someone at the ECB had been on hand last year to explain why they thought it a good idea to stake cricket’s wellbeing on a form of the game played nowhere else in the world.”

Lawrence Booth, editor of the @WisdenAlmanack, on The Hundred. https://t.co/QarWvGc7jZ

“With the new Hundred ball situation it is obviously a big change over the next couple of years. Everyone knows the opportunities out there and it is going to be an opportunity for the elite, for the people who are a step above the next county player.

“There are probably only be 80 or 90 places available, so it is going to be tough to get gigs and only the elite will be rewarded. If that is not going to drive you to train harder, then nothing else will.

“You can see guys thinking ‘I could do this or that’ and they quickly forget that what is currency is runs and wickets and you can get distracted by a lot of off-field stuff.” 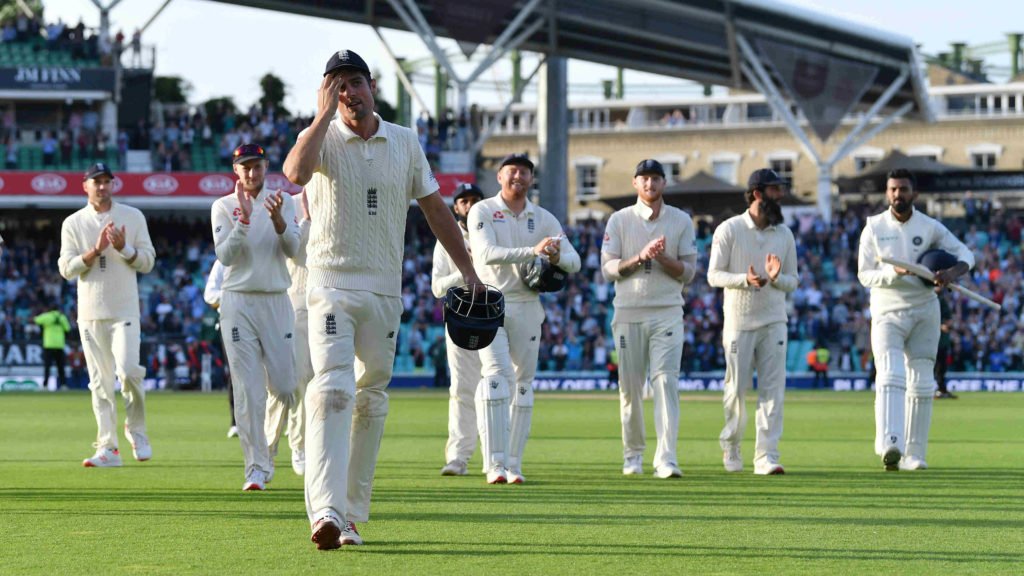 In fact, one of the biggest things Cook learned over the course of his 12-year international career “is to not ever look too far ahead”. That will be hard, however, with a couple of England places up for grabs ahead the Ashes, and plenty of youngsters being touted for the spots.

“The problem is when your name gets pushed into the selection round and people start talking about you for England, you can quickly get distracted,” said Cook. “For a lot of players their form actually dips when they get spoken about as a potential candidate, they suddenly have a couple of bad games. For the guys who are pushing for international cricket it has got to be at the back of their minds.

“They need to concentrate on the game they are playing because that is the most important thing and everything else tends to take care of itself.”