England are considering recalling Keaton Jennings for their two-Test series in Sri Lanka early next year, according to The Guardian.

Jennings last appearance for England came in February 2019 against West Indies, with the left-hander registering scores of 8 and 23 in the final Test of the tour of the Caribbean. Since Andrew Strauss’ retirement in 2012, Jennings – Alastair Cook apart – has opened the batting for England in more Tests than anyone.

While his Test batting average stands at an unspectacular 25.16, with his struggles against the new ball a constant throughout his time in the England side, he has fared considerably better in Asia than anywhere else. Both of Jennings’ Test hundreds have come in Asia and his average rises to an impressive 44.44 if only Tests in the sub-continent are taken into account. 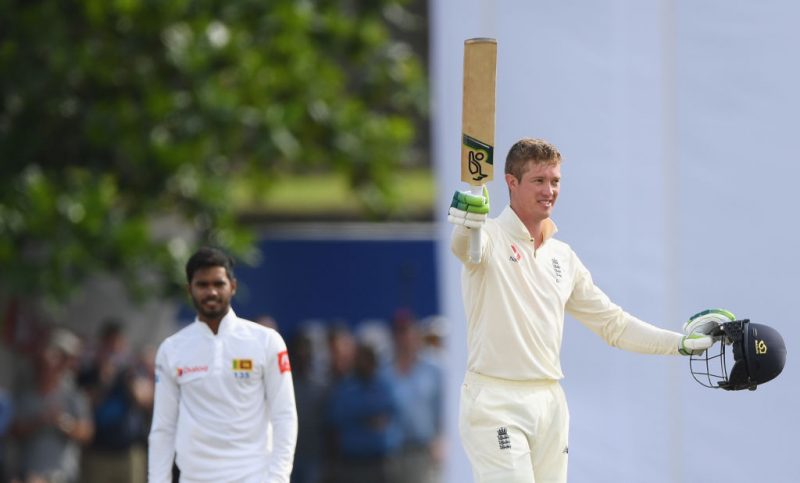 Keaton Jennings has two Test hundreds, both scored in Asia

It is understood that Jennings is in consideration for the March tour of Sri Lanka as England look to replicate the success of their 3-0 series win there in November 2018 – their only away series win since 2016. Jennings was part of the side that achieved the whitewash and hit his Test-best of 146 not out in the first Test at Galle.

Jennings is currently in Mumbai taking part in a spin-based training camp with a host of other batsmen and bowlers on the fringes of the selectors’ thoughts. Sam Hain, James Bracey, Dan Lawrence, Will Jacks, Amir Virdi, Dom Bess and Mason Crane are all also there for the three-week long trip. Recently retired Sri Lankan spinner Rangana Herath is there with the mini-squad, as is England chief selector Ed Smith.

Sri Lanka is not the only Asian tour on the horizon for England, as they are set for a daunting five-match series against India in early 2021. India have lost just one Test at home since England’s 2-1 series win there in 2012.

Bringing Jennings back for the Sri Lanka series is a sensible option and certainly one worth considering. His record in Asia is excellent and in truth, England aren’t spoilt for choice in the top-order department. Zak Crawley – a 21-year-old with a first-class batting average of less than 32 – was the back-up batsman pick for the New Zealand tour and although he may well go on the South Africa tour that precedes England’s trip to Sri Lanka, he has never played a first-class match in Asia. Jennings would at the very least provide more reliable cover, and should Dom Sibley fail to cement his spot as Rory Burns’ opening partner in South Africa, would also represent a safe pair of hands on a short-term basis.

Longer term, India’s pace attack has developed into one of the very best in the world. In their recent series at home to Bangladesh, 33 of the 40 Bangladesh wickets fell to the Indian seamers. Given Jennings’ well-documented struggles against high quality pace, the India tour might be a stretch but that’s no reason not to consider him for the upcoming Sri Lanka series.