England smashed their way past their own world record to set the highest ever total in ODI cricket.

England amassed an enormous 481-6 against Australia at Trent Bridge having beaten their previous record of 444 – set at the same ground against Pakistan in 2016 – with 27 balls to spare.

On a dream batting surface in Nottingham England executed pure carnage from first to last. Jason Roy, who will kick himself for getting run out on 82 off 61 balls, and his opening partner Jonny Bairstow put on 159 in 19.3 overs for the first wicket.

Both were in imperious form, with Bairstow crashing his way to a 92-ball 139 – his fourth century in his last five ODI innings. Alex Hales, who is widely thought to be in line to lose his spot in the team when Ben Stokes returns from injury, picked up his usual form on his home ground, hitting a brutal and disdainful 147 off 91 balls. 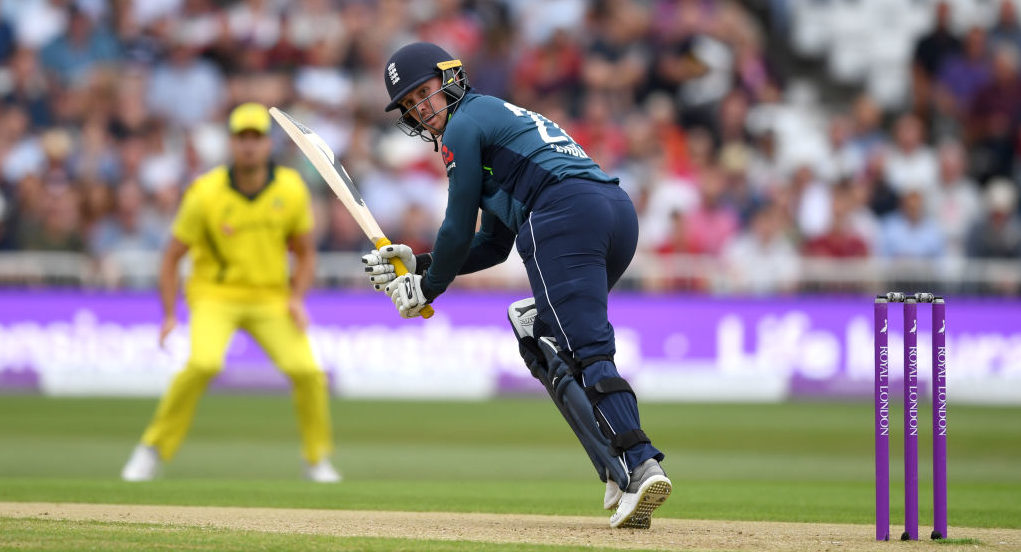 Though Jos Buttler was the conspicuous failure of the innings, with just 11 having been promoted in the order as England chased the world record, Eoin Morgan enjoyed a stellar day out of his own, joining the fun to whack a destructive 29-ball 67. In so doing he not only went past Ian Bell to become England’s all-time record ODI runscorer, but also hit England’s fastest-ever half-century, getting to 50 in 21 balls to beat Buttler’s fastest of 22.

For Australia’s inexperienced second-string attack, it was a harsh experience. AJ Tye, one of the most celebrated short-form bowlers in the world, went for 100 off nine overs, Marcus Stoinis went for 85 off eight and both Billy Stanlake and Jhye Richardson went at over nine an over as Australia struggled to find an answer to England’s relentless aggression. The hosts hit 21 sixes.

Only in the final overs, as new batsmen came to the crease and they began to bowl wide of the stumps, did Australia exert a degree of control. It was a punishing day for the tourists’ bowlers and for their captain, Tim Paine, who had opted to bowl at the toss.