England’s captain Eoin Morgan was quick to silence any rowdiness among England’s Cricket World Cup winning squad after they paid a visit to Prime Minister Theresa May in Downing Street.

A Telegraph source described how Morgan told the celebratory England players to “calm it” as they were about to leave Number 10, keen to avoid a repeat of the infamous scenes after England’s Ashes win in 2005. The players are said to have been chanting “Allez, allez, allez” until Morgan advised them to compose themselves before facing the national press.

This was a much less boisterous affair compared to the aftermath of the thrilling 2005 series when Matthew Hoggard is believed to have insulted the then PM, Tony Blair, while captain Michael Vaughan encouraged Blair’s son to buy them alcohol. 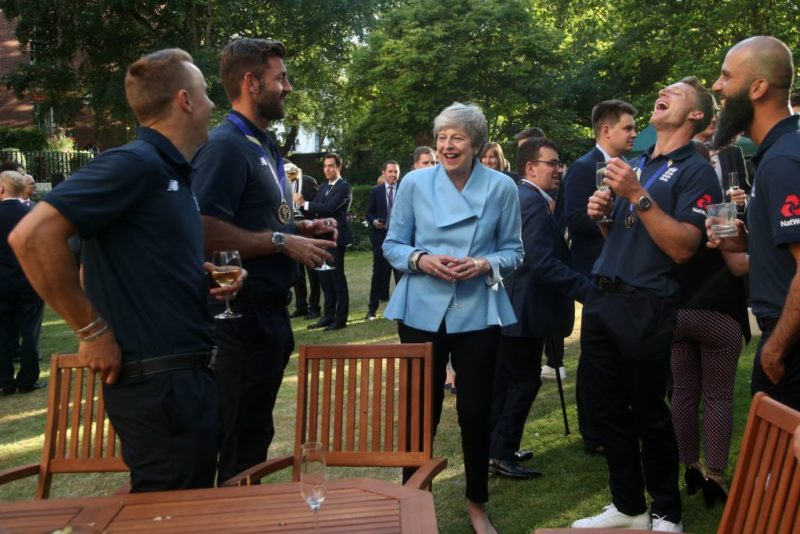 England’s Man of the Series Andrew Flintoff also admitted to wandering around Number 10 on his own, and was eventually found in the cabinet office with his feet on the table.

“It was nothing like in 2005,” said the source. “Everything was in good spirits and it was a fantastic day for English cricket, starting with the children at the Oval and ending at Downing Street.”

Theresa May, who was present at Lord’s for the winning moment, is likely to recommend the whole team to be included in the New Year’s Honours list.