Fakhar Zaman, one of the brightest sparks in Pakistan’s short-format teams, has made an excellent start to his Test career with two half-centuries – the first a safe-and-steady effort and the second a more characteristic one.

Zaman has made a name for himself in limited-overs cricket. The big one was obviously the century in the Champions Trophy 2017 final against India, but he has sustained the high, scoring his 1121 ODI runs to date at an average of 59.00 and strike rate of 98.76, while the corresponding numbers for his 646 T20I runs are 30.76 and 143.55.

Fakhar Zaman adds another 50 to the one he scored in the first innings. This one has come off just 53 balls.

What a fantastic debut this man is having! Can he get to a maiden century today? #PAKvAUS

Listen to every ball of this final session ??https://t.co/HHnTKbY2Ak pic.twitter.com/RUuuj09aGt

For the same man to bat two whole sessions – he was dismissed last ball before tea – on the first day of his debut Test and score 94 off 198 balls was impressive. Sarfraz Ahmed, the captain, also scored 94 as Pakistan reached 282. Then, after Mohammad Abbas scripted Australia’s downfall with a five-for, Zaman was at it again, this time scoring quick runs to get 66 off 83. He might have got more but for a stunning catch off his own bowling from Nathan Lyon.

“You are not satisfied no matter how many runs you score – I wanted to get a hundred in the first innings. I was trying to play my natural game but the situation demanded a different approach. Our position, as a team, was better in the second innings. So, I tried to score runs my way,” said Zaman, who got into the XI only because of an injury to Imam-ul-Haq.

Nathan Lyon's catch off his own bowling really was quite special.

Fakhar Zaman smashed the ball straight at him with serious velocity, and Lyon did so well to react in time. pic.twitter.com/5qIi2u7uoW

“I got support from him (Ahmed) in the first innings. My approach was that I have to stay at the wicket for a couple of sessions, to keep wickets in hand, even if I don’t score runs. But he scored runs and it pushed the fielders back which allowed us easy ones and twos. All credit goes to him.”

From the Australian point of view, the first-innings deficit of 137 was big enough in what has been a low-scoring game so far, and Zaman’s belligerence only made it worse.

“Soon as Zaman comes out and plays aggressively and takes the game away in a few overs, you’re unsure whether to keep your catchers in or you retreat and try to control the scoreboard,” said Aaron Finch of the Zaman effect on the second day. 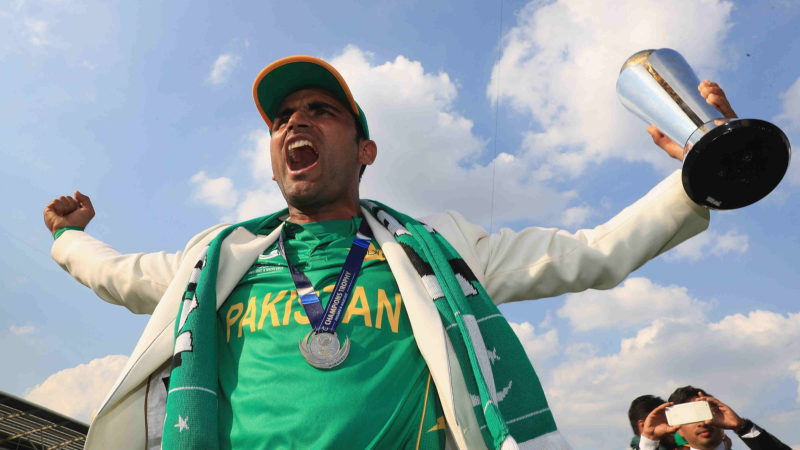 Zaman came into prominence during the 2017 Champions Trophy

Stepping back a bit, Zaman missed out on runs during the Asia Cup 2018 recently.

He started with 24 in the win over Hong Kong, but then scored ducks in both the loss to India in the group stage and the last-over win against Afghanistan in the Super Fours. He then scored 31 as his team lost to India again and then 1 against Bangladesh, a game Pakistan lost to crash out of the meet.

“I was unlucky and I played some questionable shots in the Asia Cup. I was in form. I was middling the ball in the nets. I should’ve taken my time as the pitches demanded,” he argued. 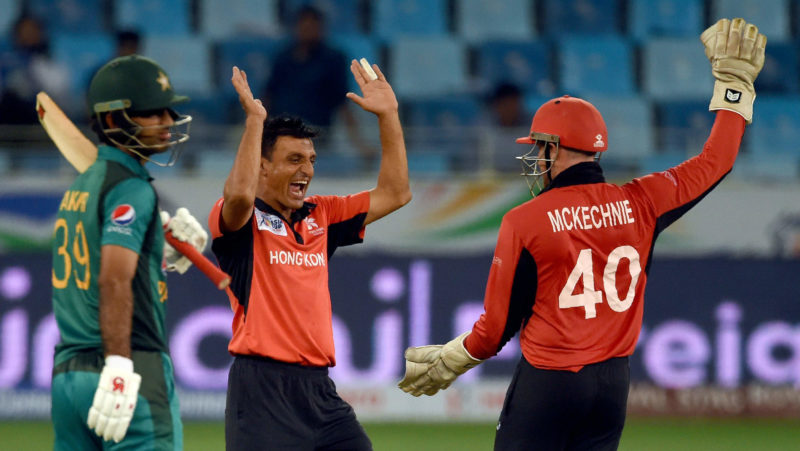 Zaman had a poor run at the Asia Cup 2018, scoring just 56 runs in five innings

He also explained how he wanted to go back to the domestic circuit after the Asia Cup in a bid to get back among the runs, but scrapped the plans on coach Mickey Arthur’s advice.

“I wanted to play cricket … I asked Mickey if I should go back to domestic cricket or play in the ‘A’ side. But he kept me in the (Test) side. Credit goes to him. Before the UK tour he told me that I won’t be getting any matches, but he wanted me to prepare for Test cricket,” said Zaman.

Good call that from Arthur, even if Pakistan might now have a problem of plenty for the two openers’ slots once Imam is back and ready for action.