In August 2018, Virat Kohli picked an unchanged Test XI for the first time in 39 games as India captain. It was a departure from the norm of constant alterations that has underpinned his time at the helm.

It is an aspect of Kohli’s captaincy that has drawn criticism from various corners, and now former India captain Sourav Ganguly has joined that bandwagon and urged Kohli to give his players a longer rope.

“I would say that this is one area where Virat needs to just be a bit more consistent,” Ganguly said on Friday, August 24. “Pick players and give them more consistent opportunities for them to get that confidence, rhythm. I have said that before.” 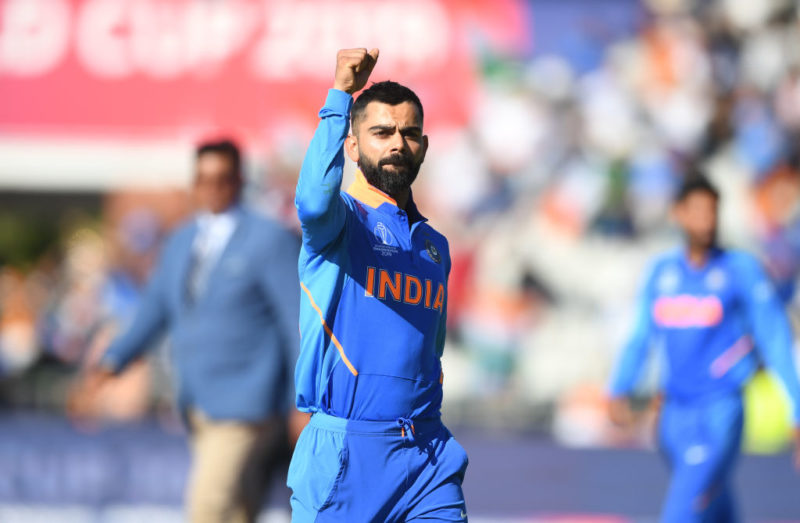 Virat Kohli has been one of India’s most successful captains across formats.

Ganguly, one of India’s most successful captains, helped many young careers take off during his time in charge. Under Ganguly, players such as Harbhajan Singh and Virender Sehwag were given prominent roles and went on to become greats in the international game. Ganguly’s faith in his young guns prompted Yuvraj Singh, another one of his famous prodigies, to once proclaim that he “would die for a captain like him.”

To further illustrate his point, Ganguly pointed to the example of Shreyas Iyer, who was picked for the ODIs against West Indies and responded with half-centuries in both his outings in the series.

“You saw how Shreyas Iyer played in that ODI series – you pick him and you give him the freedom to play those matches, and I think that needs to happen with a lot of players. And I am sure Virat will do that.”

“It was big-time confusion. Nothing was clear.”@IrfanPathan tells @ojerson8 how the Jammu and Kashmir team finds itself in uncertainty ahead of the domestic season.https://t.co/wvjyLkrj2D

As for the XI that is presently engaged in the first Test, Kohli had drawn some flak for leaving out spinners Kuldeep Yadav and R Ashwin, who has for long been India’s No.1 bowler in the format, and Rohit Sharma, who is still fresh off a golden World Cup campaign, where he created history with five centuries – the most in a single tournament.

“I was surprised to see Kuldeep Yadav left out. The last Test he played against Australia, he got five wickets,” Ganguly said.

“If you remember in Sydney, on a good flat pitch, he picked up five wickets against Australia. But Jadeja also has been in good form, the surface yesterday at Antigua needed three fast bowlers because we saw the seam movement the fast bowlers got, and it was a question of the spin.

“Ashwin’s record is phenomenal to leave him out in the West Indies, so it’s a decision which Kohli has made and we will find out in the next couple of days how far Jadeja goes on to pick wickets on this surface. Because this pitch will get up and down, as the game progresses, you can see that sort of indication from the first day of the Test. We will have to wait to see, but that’s the competition of Indian cricket.”

After Ravi Shastri's reappointment as head coach, @axk92 lists down the five areas that need a serious look-in to as the team braces for a new era.https://t.co/eedunnpQmA

The 47-year-old also said that with Ravi Shastri having been reappointed as India head coach for a two-year stint, it is time for the team to start winning world titles. Under Shastri, India have reached the semi-finals of the World Cup in 2015 and 2019, and the World T20 in 2016, but have not won any silverware.

“Ravi has been around for a while. Five years he’s completed, so he’s got an extension for two more years. Hopefully, now India can now go all the way in the two upcoming tournaments [the T20 World Cups in 2020 and 2021],” Ganguly said.

“So I hope they do well, they’re doing well, they get to the semi-finals. In 2015 in Australia, they struggled; in 2017 in Mumbai, West Indies got the better of them, and even in this World Cup [they lost to New Zealand], so hopefully, they will get to the next step and create a winning combination.”