After excelling for the India A squad on their tour of the Caribbean, top-order batsman Shubman Gill has admitted to feeling disappointed at being left out for the senior team’s tour of West Indies.

India visit the West Indies for a full tour, comprising three T20Is, three ODIs and two Tests. But Gill was not named in any of the squads, despite having been the highest run-scorer from either side during the A team’s one-day series, with 218 runs at 54.50, including three half-centuries in four innings – an effort that earned him the Man of the Series award. It was Gill’s first time in the West Indies.

“I was waiting for the Indian senior team to be announced on Sunday, and I expected to be selected for at least one of the squads,” Gill told CricketNext. “It was disappointing not to get picked, but I am not going to spend time thinking over it. I’ll keep scoring runs and performing to the best of my ability to impress the selectors.”

JUST IN: No Dhoni and Hardik in India squads for tour of Caribbean, but Saha returns to Test side after 18 months!#WIvIND pic.twitter.com/4cu6P4lHT9

Despite the snub, Gill chose to focus on his fruitful outing in the Caribbean and reflected on the lessons learnt from the tour. “It was a fantastic series for me, and the team as well, since we won with a 4-1 margin,” he said. “Personally, I would have liked to carry on and score at least a couple of hundreds in those fifties. But I will learn from this experience. The biggest lesson that I have learned from my first West Indies tour is to try to curb my natural game depending on the match condition.”

Gill has been the victim of circumstances. When he made the trip to New Zealand with the senior team earlier this year, KL Rahul and Hardik Pandya were serving suspensions. But with Rahul now back at the top of the order for India, Gill has been left to continue making a name in the domestic and junior team circles. 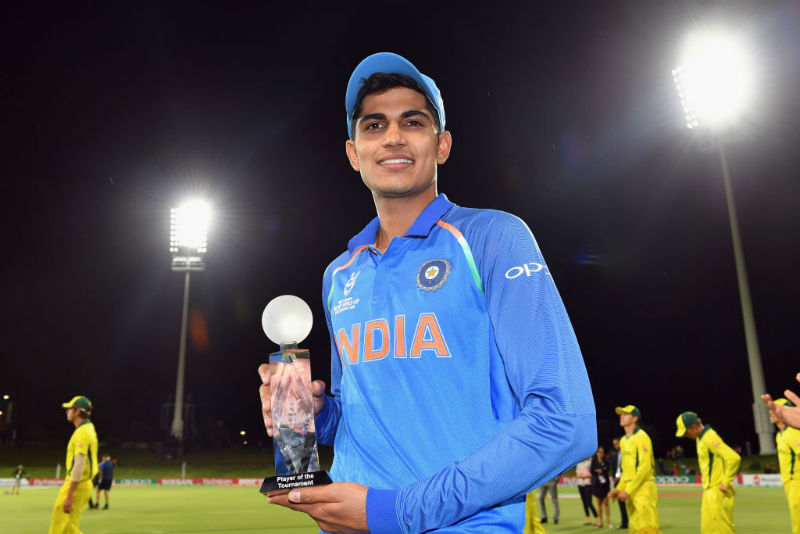 Gill has made quite the splash in a still-young career

However, Gill will undoubtedly remain in the selectors’ purview, with chief selector MSK Prasad indicating as much when he said: “He went to New Zealand when KL Rahul was suspended, and now Rahul has come back so he [Gill] is in the waiting list. Definitely, he will be considered in the future.”

He will get a chance to press his case for selection yet again in the remainder of the West Indies tour, as India A face the hosts in three unofficial four-day games, starting with the first match that begins on Wednesday, July 24.