The rain-hit India-Sri Lanka T20I in Guwahati was abandoned without a ball bowled, but not before the groundstaff was forced to adopt desperate, and rather unconventional, methods to dry the pitch.

Thousands at the Barsapara Stadium, and those glued to television in anticipation of some action on the field, witnessed the use of, among other things, hairdryers, steam irons and even vacuum cleaners in a bid to dry the playing surface.

The toss took place as per schedule – at 6.30 pm IST – with Virat Kohli opting to field first, but around 15 minutes later, a light drizzle made its way to the ground, turning heavier with each passing minute.

In half an hour, the outfield was peppered with puddles of rain. Two super soppers, immediately pushed into use, were rendered ineffective, and the covers that were blanketing the pitch couldn’t prevent water from seeping into the main surface. Regular inspections ran until 10.00 pm, following which the game was called off.

This, despite a revamped drainage system that came into force ahead of the ground’s international debut in 2017, when it hosted an India-Australia T20I. “Even if it rains for five days continuously, and the rain stops half an hour before the start of the match, we can have a full match. We have a better underground drainage system than the Eden Gardens and I am confident about it,” Assam Cricket Association’s vice-president had then told IANS. 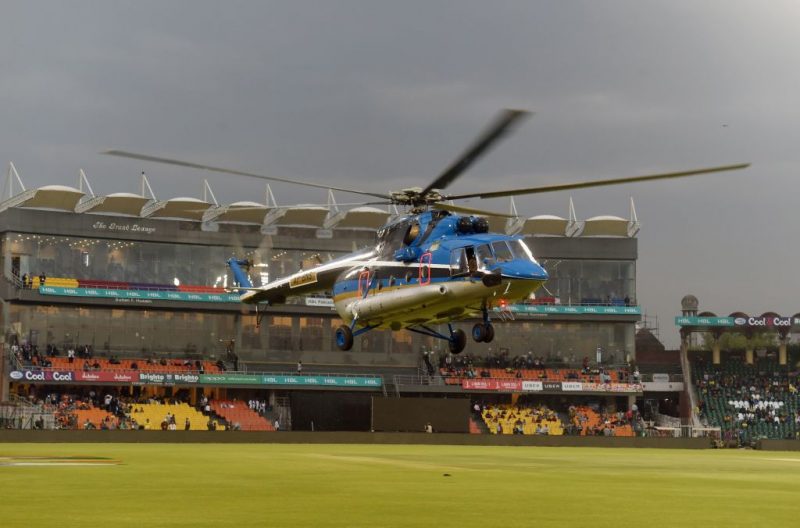 Cricket isn’t new to peculiar techniques that have been used to save rain-affected matches.

Steam irons popped up during another India-Sri Lanka game too, in Chennai in 2005, while an India-England match in Guwahati saw the use of a helicopter in an attempt to dry the outfield.

Even during a Pakistan Super League game in 2018, a military helicopter made its way to the centre of the Gaddafi ground to try and dry the wet outfield. And just last month, a curator in St Kilda set the pitch on fire, in an attempt to dry the surface ahead of a club game.

Related Story: ‘That is so unprofessional’ – Gautam Gambhir fumes as first T20I called off due to pitch dampness

As cricket moves into a new decade, incorporating state-of-the-art technological knick-knacks and rapidly evolving into a sleekier version, the callous unpreparedness against rain – the sport’s long-standing nemesis – leaves a lot to be desired.