The 36-year-old announced his retirement from international cricket in August, ending his career as the Proteas’ second-highest run-getter in Tests, having amassed 9,282 runs from 124 matches. His highest Test score of 311 not out came against England at The Oval – Surrey’s home ground – in 2012. 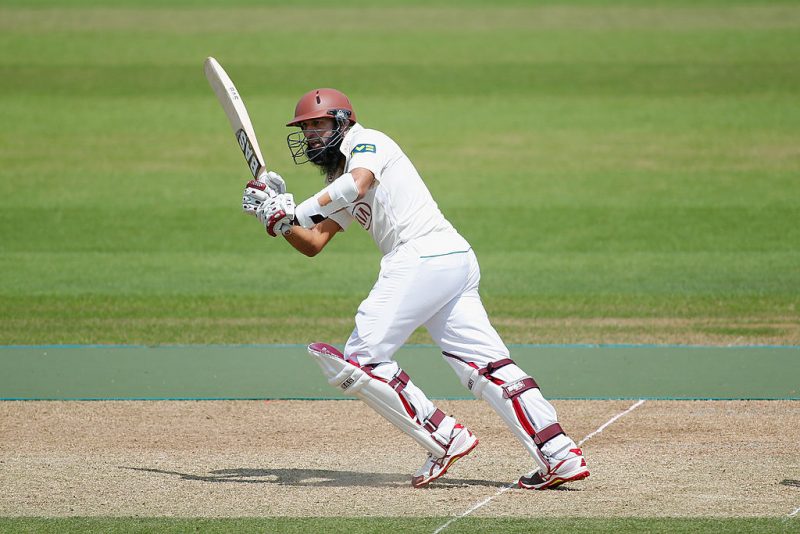 Amla batting for Surrey in the County Championship, June 22, 2014

Amla’s move to Surrey will seem him reunite with Morne Morkel, his former South Africa teammate.

Analysis: Amla could have similar impact to Sangakkara at Surrey

It’s hard to begrudge Hashim Amla anything. He bestrode the international stage with such elegance and statesmanship for a decade and a half that you’d happily let him steal your last crisp for all eternity. He gave South Africa plenty on the field and plenty more off it, and retiring, waiting for a reasonable period of time, and then signing a Kolpak deal seems a sensitive way of handling things.

On Surrey’s side, at first glance there’s more one might get riled up about. It’s hard at first to square this signing with director of cricket Alec Stewart’s assertion that he wants “to have the nucleus of our squad Surrey-based,” especially with Amla’s former team-mate Morne Morkel also on the books as a non-overseas.

But while Amla might keep a youngster out of the team at times, there’s also nary a precocious Surrey batsman who doesn’t cite Kumar Sangakkara’s influence in his three-year stint at The Oval as integral to their development, and it’s not unreasonable to suggest Amla might have a similar effect. However you feel about Maros Kolpak’s impact on cricket in general, this should count as one of the more palatable instances of the rule.

“Surrey are one of the most established and accomplished cricket clubs in the world and I am very excited to be joining them again while also not forgetting the opportunity to play alongside my good friend Morne Morkel again,” Amla said.

Related Story: Six players who were unlucky to miss out on Wisden’s ODI team of the decade

“I was part of the Surrey team in 2013 and 2014 and thoroughly enjoyed myself during those stints, so to rekindle that relationship for a longer period is something that excites me. I’m really looking forward to working with Alec Stewart and the rest of his team.”

Alec Stewart, Surrey’s director of cricket, said: “With several of our players now in or around the international setup, the opportunity to bring Hashim back to Surrey was too good to ignore.

“His record speaks for itself and we know from his previous spells here that he will be an excellent resource for all of our players to learn from both on and off the field.”