Chris Gayle capped his final ODI series in the Carribean with 424 runs in four innings against England, including two centuries and as many half-centuries. The West Indies opener smashed 77 runs off 27 balls in the last of those matches to propel his side past a 114-run target in just 12 overs.

The 39-year-old recently announced that he will hang up his boots in 50-over cricket after the 2019 World Cup, and since then, has been on fire at the top of the order. The left-hander notched up scores of 135, 50, 162 and 77 against England, and was adjudged the Player of the Series.

“This is my last ODI series in the Caribbean, so I was giving the fans a nice wave,” Gayle said after the fifth ODI on Saturday, March 2. “Right through the tournament, they have been superb from both sides: West Indies and England sides. It would be nice if it was in Jamaica, but the crowds have been fantastic.

"We have to have an objective, logical outlook on today’s game because if we get frustrated and upset and throw things around the changing room, we’d have a defeatist attitude."

Gayle had struggled with the bat leading up to the England ODIs, crossing 40 just once in five innings for the Rangpur Riders in the 2018-19 Bangladesh Premier League. He found form at the right time, though, and played a crucial role for West Indies in a closely-fought ODI series.

“I’m thankful for the form,” he said. “I wasn’t getting any runs in the T20 tournaments I was playing. When you get a chance to score runs, make sure you score heavy. But it’s the best [I’ve played] in my home conditions and I’m happy and grateful for that. 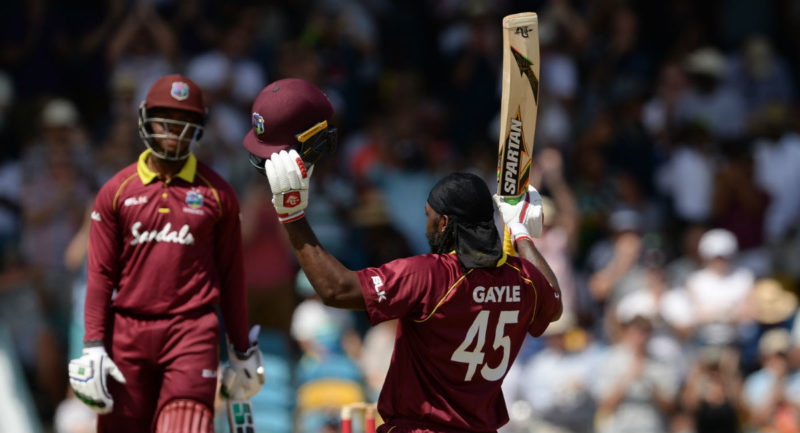 “I’m not surprised by how well I’ve done, or the number of sixes. Sixes come along. It’s just natural, to be honest. In T20s, I score a lot of sixes as well, but this is the first time in an ODI series. To hit 39 sixes aged 39 – it’s fantastic from a personal point of view.

West Indies and England will now face off in a three-match T20 series, the first of which will be played in St Lucia on March 5.