Nasser Hussain, the former England captain, has come out in support of England’s decision to exclude Jofra Archer from the preliminary squad for the 2019 Cricket World Cup, saying that the move “keeps everyone on their toes”.

Archer, who became eligible to play for England last month, has been included in the ODI squads to play against Pakistan and Ireland in the build-up to the tournament. The deadline for declaring the final squad for the World Cup is May 24, which gives the selectors the time to access Archer’s performance prior to the announcement.

Hussain thinks they have undertaken the right approach. “Don’t upset anyone now. Bring this lad [Archer] in; he’s got huge talent, huge potential, give him a go, keep the others on their toes and then make a decision. Don’t go too early,” he told Sky Sports.

Included in England's squad for their series against Pakistan and Ireland, @craig_arch will be given the chance to earn himself a spot in England's World Cup squad.

A few months ago, @Yas_Wisden wrote that his case for selection is simply irresistible. https://t.co/yiSXSKJOag

“Why now, in this preliminary squad – which has no bearing, no meaning on the final squad – why show your hand now? Why tap on [Liam] Plunkett, [Tom] Curran or [David] Willey’s shoulder, whoever, and say ‘by they way, you’re not involved’.

“We’ve seen others who have had to wait their time for qualification and who have not really shone as well as people thought. They’d have picked him, but then would have to leave him out. This is absolutely the right way to go. It keeps everyone on their toes.” 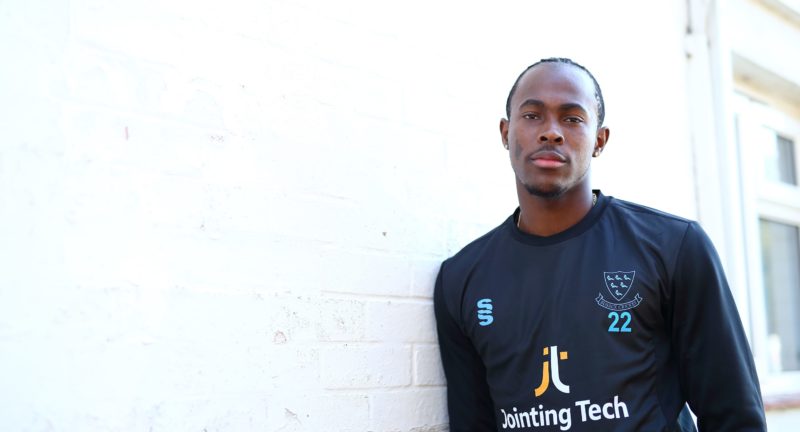 Eoin Morgan, the England skipper, had echoed this sentiment after the West Indies series this year, saying that Archer will get a chance to prove himself in the Pakistan series.

“The hype about Jofra playing around the world and doing well and attracting a lot of attention is justified as he has put in performances that warrant looking at,” Morgan had said.  “Trevor Bayliss said after the West Indies series we will look at him against Pakistan [whom England play in five ODIs in May] and that’s what we will do.

“We don’t have to name our [World Cup] squad until the end of the Pakistan series, so we’ll have a look and see how he goes.”

BREAKING: Jofra Archer has not been included in England's preliminary #CWC19 squad.

However, when England do name their final squad, Archer is “an x-factor cricketer” who must be picked, according to former England cricketer David Lloyd.

“All eyes will be on that final 15, and Archer will be in it,” said Lloyd. “He could be the missing piece of the jigsaw, but they’re having a good look at him first. England are a wonderful team, and I think they’re still favourites for this World Cup.

“He [Archer] is an x-factor cricketer. He is a terrific athlete and they’re going to bed him into this team. It’s no secret at all that he will end up in the final 15 – this just delays the inevitable.”