The second ODI between India and West Indies on October 24 has been shifted from Indore to Visakhapatnam, the Board of Control for Cricket in India (BCCI) announced on Wednesday, October 3.

The reason for the switch is a dispute between the BCCI and the Madhya Pradesh Cricket Association (MPCA) with respect to the distribution of complimentary tickets. The new BCCI constitution states that 90 per cent of the stadium’s capacity is for public sale and 10 per cent are complimentary tickets to be used at the discretion of the national governing body.

According to media reports, if the BCCI’s demand is to be met, the Holkar authorities will have too few tickets left to make their own members happy.

“The managing committee of MPCA has decided that it is not possible to organise the second ODI between India and West Indies in Indore if BCCI doesn’t back down from its demand of complimentary tickets,”  MPCA joint secretary Milind Kanmadikar told the Press Trust of India on Sunday (September 30).

Related Story: India-South Africa ODIs off due to coronavirus outbreak 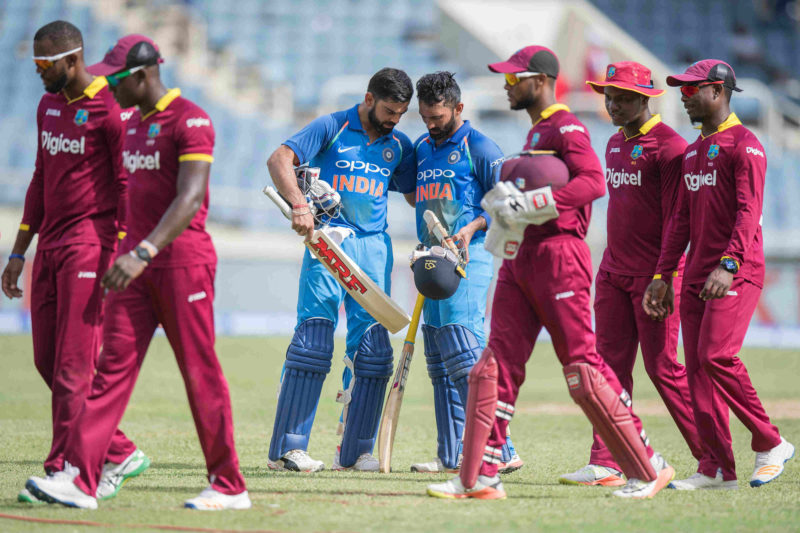 “Even we have to cater demands of our members, various government agencies. We also have only 10 per cent complimentary in our state unit’s constitution but from that, we can give the amount (five per cent from each gallery) BCCI wants.

Related Story: IPL postponed until April 15 due to coronavirus outbreak

“In the end, we clarify once again that our intent was always to organise the match and we were forced to land in a situation where the time left henceforth for the match would have resulted in several circumstantial difficulties for which the host Association would have been unfairly held responsible. Such big risk is not worth in view of the inordinate delay on part of BCCI on extending clarification and fair decision making.

“The unilateral, arbitrary, mysterious and leisurely decision making and working of BCCI has caused huge loss to Association and the local cricket fans of our State.”