Despite India’s 31 run win over Australia in Adelaide, the first time they had won the opening Test of a series Down Under, Indian skipper Virat Kohli revealed that not all of India’s players were in high spirits following the result.

Speaking after the game, Kohli said that Ishant Sharma, who is on his fourth tour of Australia, was frustrated at the number of no-balls he bowled in the match and was aware that on another day, it could have cost India the match.

“Ishant was the most pissed off right now,” said Kohli. “We were all celebrating but he was really, really angry with himself and we asked him why and he said, ‘I cannot afford to bowl a no-ball being a senior guy and having played so much cricket in the crunch situation when the umpire could have given that out’. So that could have been the difference at a more important stage in the series.” 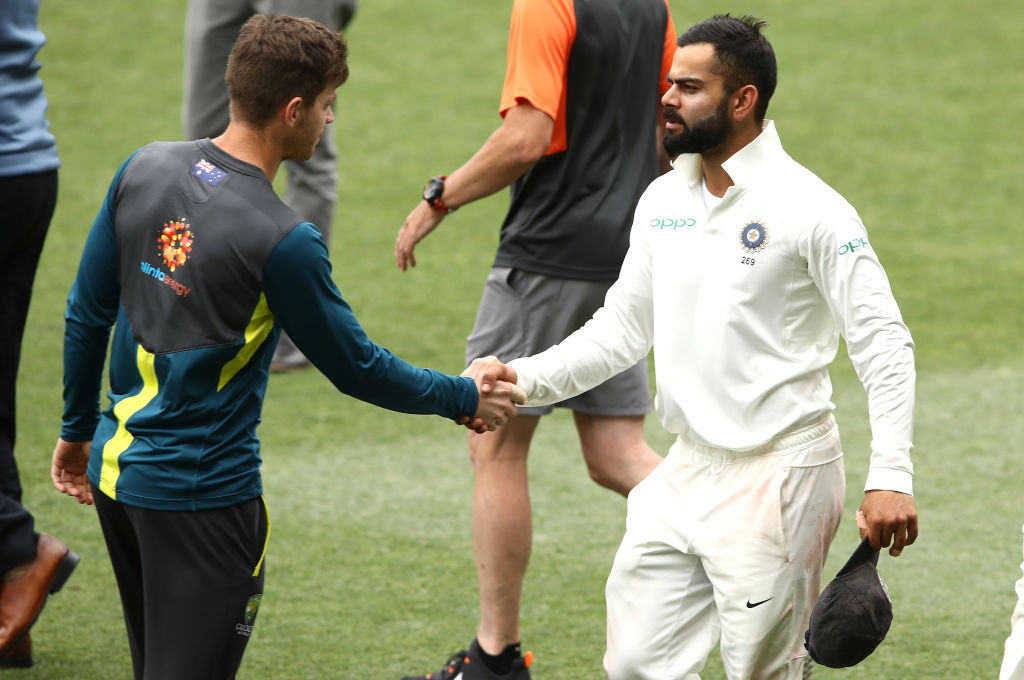 Sharma officially bowled five no-balls in the Test, by no means a disgrace, but one of those cost his side a wicket (that of Aaron Finch in the second innings) and there were many more that were missed by the on-field umpires. As a veteran of 88 Tests and India’s third highest wicket-taking seamer in Test cricket, Sharma will know that greater discipline is expected from him.

Despite his no-ball struggles across both innings, Kohli was confident that Sharma would rectify the issue ahead of the second Test.

He said: “I am sure Ishant is going to be obsessed about not doing it again, just like how we improved our batting straight away in the second innings at the top of the order. Guys want to learn as soon as they can, take responsibility themselves, and they are not hiding from it.

“It’s not a case of not wanting to talk about it, but they are unhappy themselves that they made a mistake at a crunch situation and, come that situation again, they don’t want to do it. So that’s the most you can ask from any player playing for their country and that’s certainly the right attitude to have.”

The second Test of the series begins on Friday in Perth.