The young Nottinghamshire pair of Ben Duckett and Joe Clarke have voiced their support for The Hundred, the ECB’s controversial 100 ball format that is set to debut in 2020.

Speaking on the Wisden Cricket Weekly Podcast, both Clarke and Duckett, 22 and 24 respectively, were complimentary of the new competition and the new opportunities it brings to English cricket. While The Hundred has been subject to a considerable amount of criticism, for the Notts pair, it gives young players the chance to showcase their talents on a bigger stage.

“I’ve never had a bad word to say about The Hundred,” said Clarke, who recently joined Notts from Worcestershire. “I could be harsh but the majority of the negative comments from players are lads who potentially are coming to the back end of their careers or don’t feel like they could be getting picked up in it.

“I think me and Ben (Duckett) are really lucky at 22 and 24, this competition is obviously going to be around for a while and we’ve got time on our hands to potentially get picked up in the next couple of years if we don’t get picked up first time round.”

“There’s not going to be a chance for everyone to play, there’s going to be smaller squads, fewer teams so it’s going to be tough cricket. For any young player it’s a great opportunity to be playing against the world’s best.” 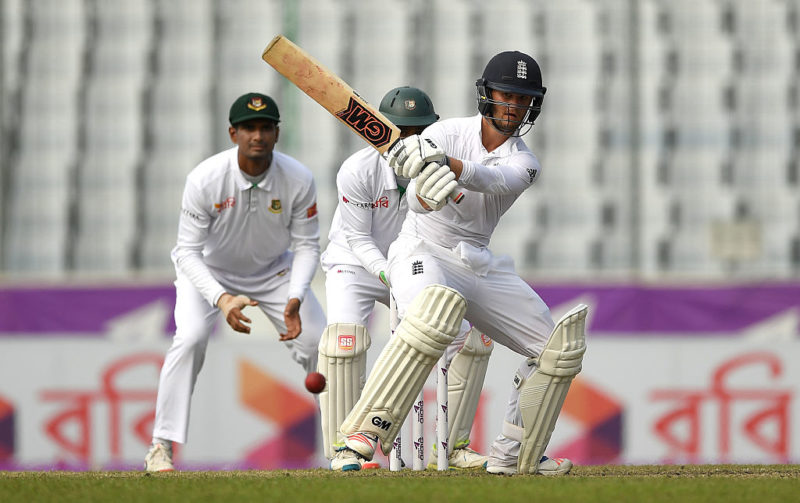 Both batsmen harbour realistic England aspirations. Duckett has already had a taste of international cricket, playing three ODIs and four Tests on England’s tours to Bangladesh and India in 2016, while Clarke was reportedly close to winning a maiden England call-up during last year’s home Test series against India, only to be pipped by Surrey’s Ollie Pope. Both batsmen commented on the wider audience The Hundred is likely to give them.

Clarke added: “The attention the tournament is going to the get, the media, the broadcasting, it’s going to be on the BBC, and it will give people the opportunity to…if you look at the Big Bash, you see Australia lads get picked up in the other competitions for one knock they’ve scored on New Year’s Eve and I don’t think you get that with the Vitality Blast. You could get 80 off 40 balls against Northants or Derby when it’s not a TV game and no one really knows about it, so I’ve got nothing bad to say about it, I think it’s going to be really exciting.”

In agreement with his new teammate, Duckett said: “The main opportunity is that the games are going to be televised. I was at Northants for the last few years and you get one TV game a year and you’d almost have to score runs in that if you wanted to get picked up in the Big Bash or the IPL.”

On the format itself, for Duckett the matter is simple – it’s still cricket. He said: “The format’s irrelevant really. At the end of the day, we’re just going to be playing cricket. It doesn’t bother me. I can see why it maybe bothers other people, but then again when T20 cricket came in I’m sure people said ‘what’s this format?’ and look where that is now. I’m not saying that The Hundred in ten years time is going to be the [No.1] format but you never know, it might be. At the end of the day, it’s just a game of cricket.”