Jonny Bairstow, Mark Wood and James Anderson have all been included in England’s 17-man squad for their upcoming Test series against South Africa.

Bairstow was omitted from the squad for the recent series against New Zealand after averaging 20.25 with the bat in nine Tests this year. He was subsequently called up to England’s squad as cover for Joe Denly, who suffered an ankle injury, but was surplus to requirements after Denly recovered in time for the first Test in Mount Maunganui.

Anderson and Wood both missed the New Zealand series due to injury and are currently in South Africa taking part in a specialist pace bowling camp as they return to full fitness, with Bairstow also present.

Wood is currently recovering from a left knee injury and a side strain he sustained in July’s World Cup final, his last international appearance. Anderson’s last match for England was the first Ashes Test in August; he was only able to bowl four overs before sustaining a right calf tear.

On the inclusion of Wood, chief selector Ed Smith said: “It is not predicted that Mark (Wood) will be available for selection for the earliest matches. However, he will travel with the team and continue his rehab work with the medical staff on tour. There is no exact date given for his return, but the medical team is working towards him becoming fully available for selection during the tour. 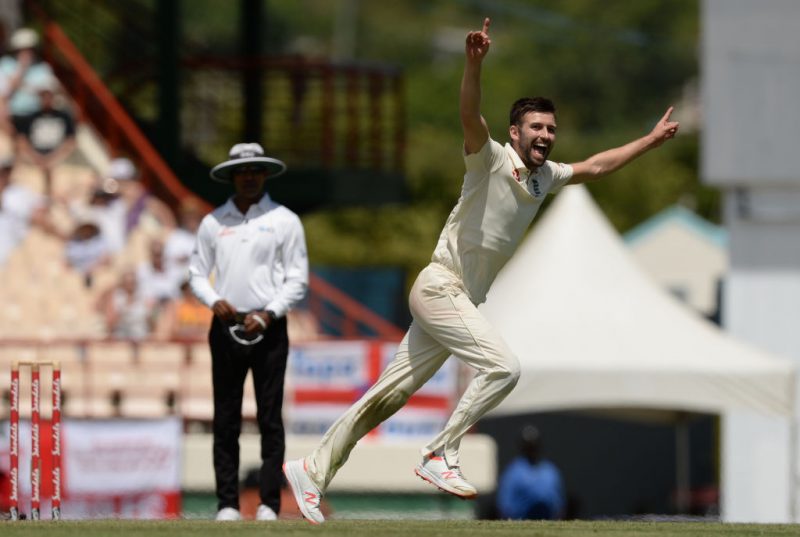 “With that in mind, and given the extended period that James and Mark have had on the sidelines due to injury, it was sensible to have a 17-man squad.”

Zak Crawley, who hit 1 in his sole innings on debut in the second Test against New Zealand, keeps his place, with Saqib Mahmood the only omission from the squad that was defeated 1-0 in New Zealand.

Moeen Ali, who announced his decision to take a break from Test cricket at the end of the home summer, remains unavailable.

The four-match series, which will be contested as part of the World Test Championship,  will begin on Boxing Day at Centurion.