Australia coach Justin Langer has revealed he attempted to have a scene cut from the Amazon Prime documentary The Test, but was persuaded into keeping it as it was an example of “elite humility”.

The scene in question pertains to when a furious Langer kicked down a rubbish bin in the dressing room after Nathan Lyon fumbled a late run-out opportunity during the Headingley Ashes Test that would have sealed the series for Australia.

Langer was then shown cleaning up the mess he caused, picking up all the water bottles on the floor and throwing them back into the bin. He revealed he wanted that scene edited out of the final cut, but was persuaded into keeping it.

“The worst thing was when we got on the bus at the end of each day’s play. Just the abuse.” Coach Justin Langer reflects on their time at Edgbaston.#TheTestAmazon streaming March 12 on #AmazonPrimeVideo pic.twitter.com/81kFTgWVor

“We were able to have things taken out or whatever,” Langer told The Grade Cricketer Podcast. “And I said one thing you got to take out is when I kicked the bin. ‘What are you on about? Did you see what you did next?’

“I said, ‘I don’t remember what I did next! Nathan Lyon bloody missed the ball – easiest thing in the world – and I kicked the bin, what do you mean what happened next!? We bloody lost the Test match, that’s what happened next. 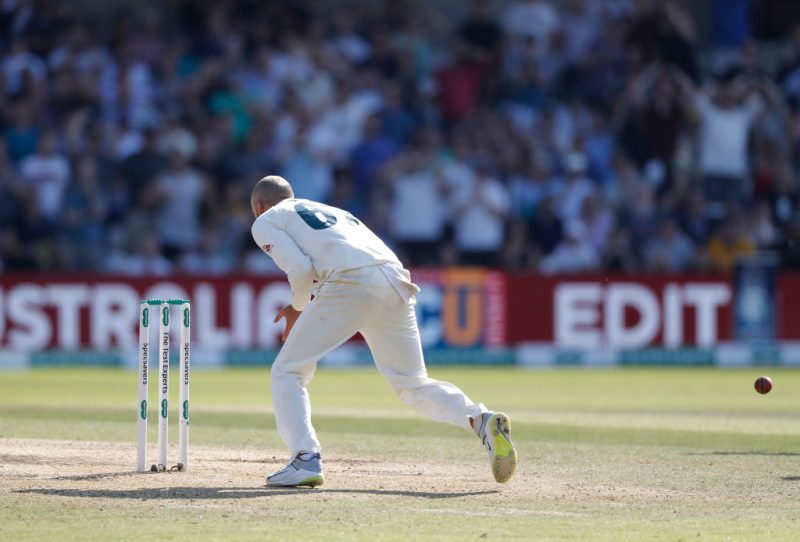 The Test offers a fly-on-the-wall experience of Australia’s journey after the Cape Town Test in March 2018, when a ball-tampering scandal forced Australian cricket to introspect. The show, and Australia, has come in for good reviews, but Langer said there was one more thing he would have liked to change about it – his swearing.

“We had to put a lot of faith into the [Amazon] crew, but the feedback has been overwhelmingly positive,” said Langer. “We’re really proud of the way it’s come out. My brother said to me yesterday, ‘if one more person says to me how much does your brother swear in the docco’ … that’s the only thing that worried me. I did swear a bit.”