Former India opener Gautam Gambhir said that Virat Kohli has a “long way to go” as the national team’s captain, putting down much of his success so far to the presence of other, more accomplished leaders such as MS Dhoni and Rohit Sharma.

Using the Indian Premier League as an example, Gambhir pointed to the success of the latter two with their respective franchises, Chennai Super Kings and Mumbai Indians, with whom they have won seven titles between them, as opposed to Kohli, who is yet to win a single title after seven seasons at the helm. 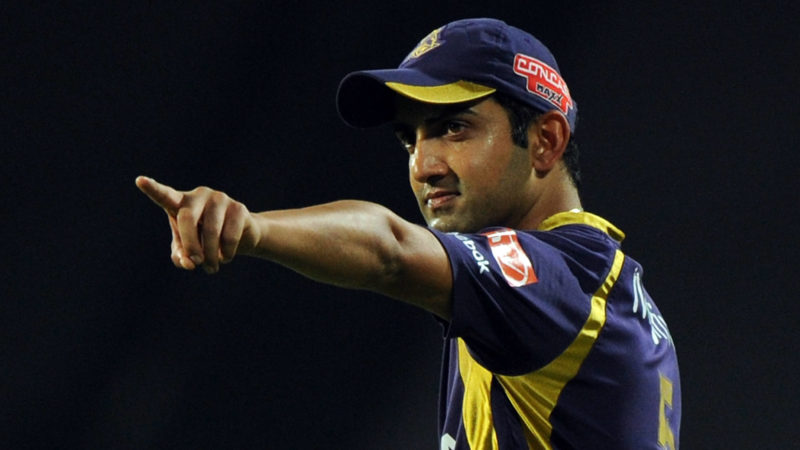 “Kohli was very good in the last World Cup, but he has a long way to go,” Gambhir said. “He captains so well in international cricket because he has got Rohit Sharma, he had MS Dhoni for a long time. Captaincy credentials are noticed when you are leading a franchise, when you do not have other players supporting you.

“I have been honest whenever I have spoken about this. See what Rohit Sharma has achieved for Mumbai Indians, see what Dhoni has achieved for Chennai Super Kings. If you compare that with RCB, the results are there for everyone to see.”

Related Story: Top 10 IPL veterans: Who has the made the most IPL appearances in history?

Gambhir also supported the prospect of Rohit Sharma opening in Test cricket, saying that there is no point in picking a talent like the Mumbai batsman if he was going to be warming the bench.

Rohit could potentially open for the first time in his Test career when India take on South Africa in three Tests, starting next month, and Gambhir welcomed the idea.

“I think KL Rahul has been given a longer run,”Gambhir said. “It is time for Rohit Sharma to open the batting in Test cricket. If you pick him in the squad, he has to be a part of the playing XI. If he does not fit your playing XI, no point in picking him in the squad of 15 or 16. He is too good a player to be sitting on the bench.”