Kevin Pietersen has labelled England spinner Jack Leach a “laughing stock” and criticised his performance with the ball in the ongoing Ashes series, insisting he’s “not doing his job”.

Leach became an instant cult hero after his tenth-wicket partnership with Ben Stokes at Headingley, as the duo saw England over the line in one of the greatest Test matches in history. The tailender wiped his glasses with a cloth every time he got on-strike, with Leach heralded as an inspiration to all village cricketers.

A video subsequently went viral of Leach recreating, in an empty stadium, his single that got Stokes back on-strike to hit the winning runs. However, the joke came back to haunt him when Steve Smith chose to don a pair of glasses and bat left-handed during the celebrations that followed Australia’s fourth Test victory at Old Trafford, where they retained the Ashes.

Does he want to be remembered as this funny guy who can hold a bat, or as a match-winner?

“It’s doing my head in that a bloke who’s supposed to win games for England is becoming a laughing stock,” Pietersen told cricket betting sportsbook Betway. “You’ve got people in the stands taking the mickey out of him, wearing masks and fake glasses. Commentators are talking about his Specsavers deal.

Leach has taken eight wickets in the series so far at a shade over 30, and KP believes his performances have fallen below the standards produced by previous England twirlers in major Test series. 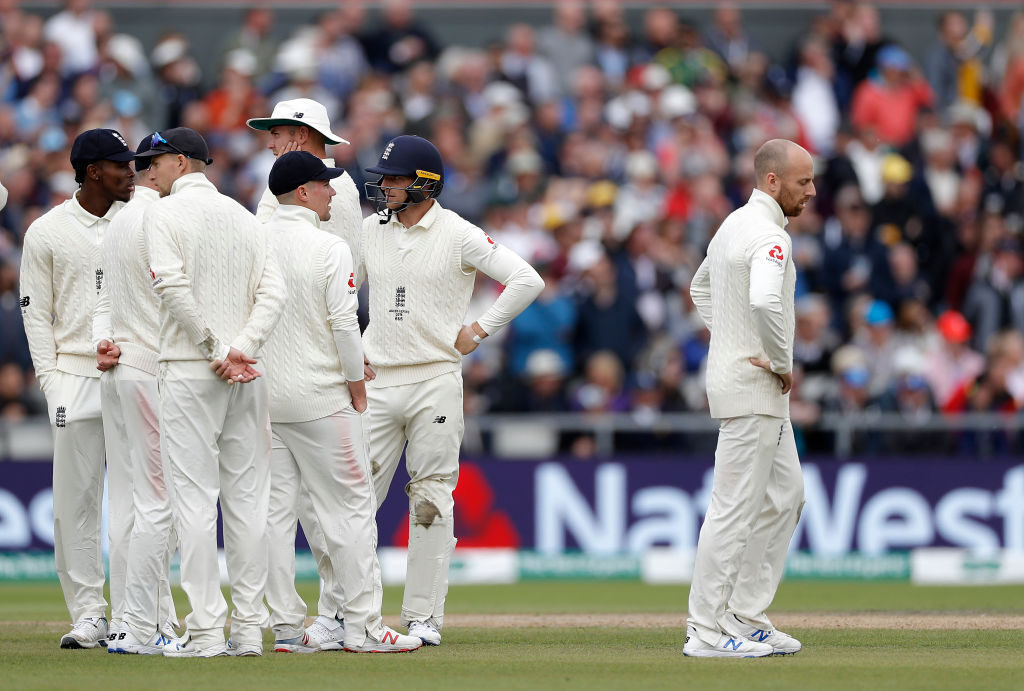 “When we beat Australia, Graeme Swann took big wickets for us,” Pietersen added. “For Australia, Shane Warne and now Nathan Lyon take big wickets. We had Monty Panesar. But Monty, who everybody laughed at when he fielded the ball, knocked over the likes of [Sachin] Tendulkar and [Virender] Sehwag. He got big Australian wickets.

“When we beat India in India, he and Swann bowled beautifully. Yes, some people laughed, but he was still doing his job. Jack Leach isn’t doing his job.”

The fifth Test gets underway on Thursday at The Oval where England will look to level the series 2-2.