England fast bowler Mark Wood has been ruled out of their upcoming Test series in Sri Lanka after sustaining a left side strain at the back end of England’s tour of South Africa.

After undergoing several scans to ascertain the severity of the injury, it was confirmed that Wood would miss the two-Test series in Sri Lanka.

Lancashire quick Saqib Mahmood, who has played ODI and T20I cricket for England this winter, has been called up to the Test squad as Wood’s replacement. 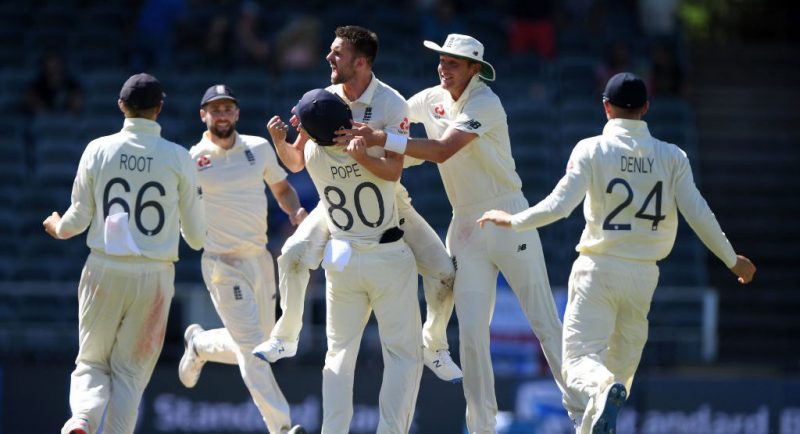 Mark Wood was the Player of the Match in England’s most recent Test match, in Johannesburg against South Africa

Wood played in the last two Tests of England’s series in South Africa as well as all three of the T20Is between the two sides. Wood’s record for England since the start of 2019 is exceptional. Across all three international formats, Wood has taken 52 wickets at an average of just 21.51, winning the Player of the Match award in two of the three Tests he played in that time period, too.

Related Story: Is there space for Mark Wood in England’s T20I line-up?

Mahmood, who has not yet played a Test, was included in England’s touring party for the Test series in New Zealand towards the end of 2019.

Analysis: How England manage Wood will go a long way to revealing where their priorities lie

I was with Wood in Ashington this week, after the scans in London had taken place and revealed a small tear in his side. He was understandably peeved, and under no illusions that this latest setback, however minor in the scheme of things, will be interpreted as yet another example of the brittleness of his body.
His frustration, moreover, was directed at himself, for pushing his body through the T20I series that had followed the Tests against South Africa. He thought that he could power through to the end of the tour; and it will rankle that the side strain was contracted in the final spell of a long and until that point enormously successful stint.
This is not the first time he’s tried to power on through: think back to the World Cup final. Having played every game of the tournament (it’s worth noting), he pushed himself through the pain of his final over, knowing that with every stride he was distancing himself from an Ashes berth. So it will sting that this latest snag took place in the rather less-intense setting of a T20I at the fag-end of an otherwise triumphant tour.
However, this needs to be kept in perspective. It’s a small tear. There were talks with the medical staff about him joining up for the second Test of the tour, before caution prevailed. It’s sensible to take him out of the firing line for this whistle-stop two-match ‘series’ and let him get ready for the summer. Looking down the line, it will be interesting to note how England manage him hereafter, with a T20I World Cup later in the year followed by two enormous Test series away from home, first India, and then Australia in 2021/22. How they manage Mark Wood’s special talent over the next 8-10 months will go a long way to revealing where their priorities lie.