Australian all-rounder Mitch Marsh has injured his right hand after punching a dressing room wall. The severity of the injury is not yet known.

The Western Australia Cricket Association (WACA) issued the following statement on the matter: “Marsh sustained the injury when he struck the wall in the changerooms following his dismissal earlier in the day. The extent of the injury and a timeframe on his return will be determined later this week after further investigation.” 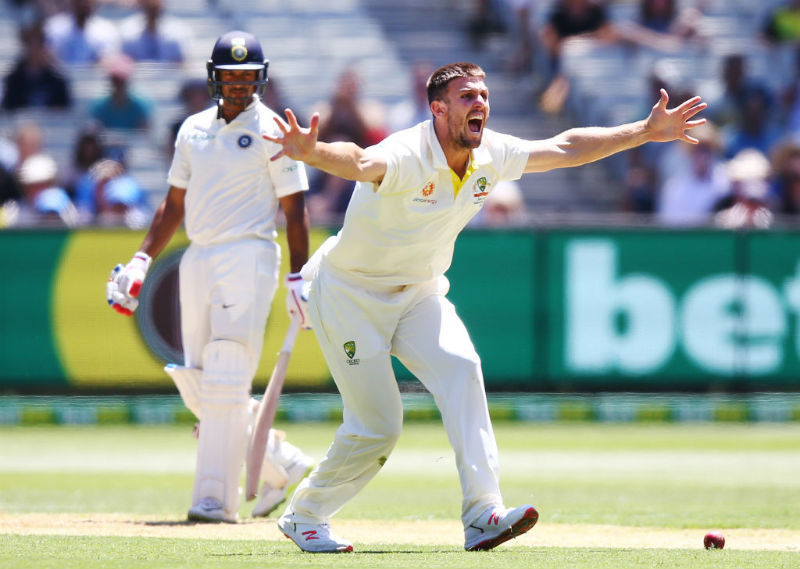 Mitch Marsh has had a mixed Test career to date

Marsh was captaining Western Australia in a Sheffield Shield match against Tasmania when the incident occurred. Resuming their second innings at 148-2 on the fourth morning and with a lead of 88 runs, Western Australia had an outside chance of forcing a result. Instead they batted through the day to end on 383-9. Marsh’s participation was limited to only the first over. A return catch gifted to bowler Jackson Bird prompted his frustration.

The lure of a Test spot was perhaps the fan that fuelled the flames, as Marsh lamented not making more of the foundations he built in both innings. He scored 41 and 53 in the match.

With just over a month to go until Australia’s first Test of their home summer Marsh now faces an uphill battle to secure his spot. He impressed with his bowling when recalled for the final Ashes Test, taking a maiden five-for in the course of match figures of 7-86. But he struggled with the bat, scoring 17 and 24 and Australia are unlikely to want to take a risk on picking him if he is lacking in match practice.

When Tim Paine challenged Marsh to emulate Ben Stokes upon his recall, copying the England all-rounder’s 2014 antics probably wasn’t what he meant.