James Neesham, the New Zealand all-rounder, has revealed that he considered retiring from cricket after getting dropped from the national side in 2017.

The all-rounder was dumped from the squad after a poor 2017 Champions Trophy and spent 18 months out of the team before earning a recall in January this year, for the ODIs against Sri Lanka.

Neesham hit form immediately, smashing 47* off 13 balls in Mount Maunganui and taking three wickets in his first game back. He has since maintained that form and has now been rewarded with a place in the New Zealand squad for the 2019 World Cup in England and Wales. Having missed the ticket to the previous edition in Australia and New Zealand in 2015, this has been a comeback of some proportions.

There was a surprise in New Zealand's #CWC squad announcement. https://t.co/zdqsKBsUff

“I actually called Heath Mills [the CEO of New Zealand Players Association] and told him I was going to retire,” Neesham said on Thursday, 4 April. “I owe a lot to him for convincing me to take a little break and come back three or four weeks later. From then on, being able to make progress steadily, come back with Wellington and make this team as well, it’s all been a pretty surreal ride.

Related Story: Neesham only found out about boundary count rule as he padded up for Super Over

“He talked me off the ledge a little. Basically, told me to go home, have a couple of weeks off, not pick up a cricket bat, and see how I felt in a fortnight or so and we’d gradually talk about getting back into the game. When I did go back to Otago, I didn’t want to. I wanted to have another week or so off, but he convinced me the best way to get back on the bike is to just get back on and see how you go.”

During his time out of the national team, Neesham also lost his place in his domestic side Otago. It prompted a switch to Wellington, and he found success, with two half-centuries and five wickets in four games of the 2018-19 Plunket Shield. 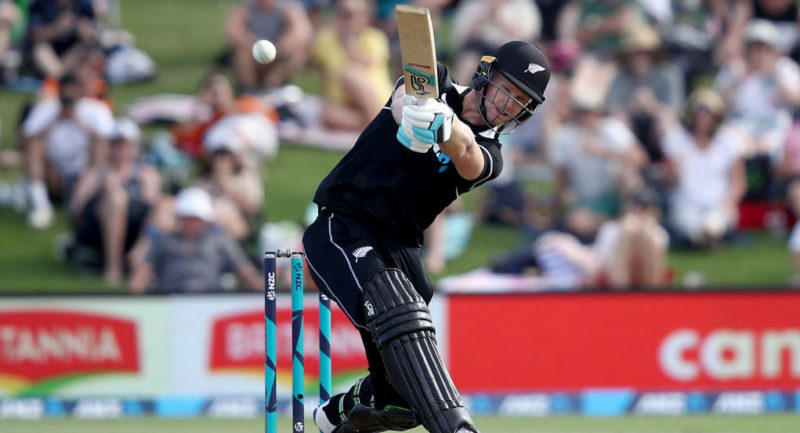 “Once it starts going in a downward spiral, you put more pressure on yourself”

But it was losing his obsession with such numbers that helped Neesham get over his slump. “When I was the most driven and most motivated, I played my worst,” he said. “Trying too hard isn’t too helpful for me as a cricketer. Once I started enjoying the game again and being more carefree, that’s when it started to come together.

“I put way too much pressure on myself. I wanted to dominate domestic cricket, wanted to score 100s every game. Once that starts going in a downward spiral, you aren’t scoring runs and taking wickets, you put more pressure on yourself, and it got to the point where it had to break. Luckily, I took that advice and took a short break instead of a long break, and since then it’s been on the up.”

Back where it all began for @JimmyNeesh at the Suburbs New Lynn Cricket Club. This time with a @cricketworldcup to look forward to! #cricketnation #BackTheBlackcaps #CWC19 pic.twitter.com/72wxeT4xDO

Neesham’s struggles extended beyond the field during the lay-off. But seeking professional help proved useful, as it got him to communicate and gave him an outlet to open up and express himself.

“I’m not much of a communicator at the best of times. Just being able to talk through a few of the struggles I was having off the field [was helpful] – it only took four or five sessions to really see some progress,” he said.

“I’d given the other way around a good crack, trying to get enjoyment from succeeding, but once I paid less attention to the runs and wickets, less attention to hitting balls for two hours the day before a game, and just going out and enjoying it, that was when the results started to come.”