Rob Key has criticised the quality of pitches in the County Championship, saying that they do not prepare England batsmen for the rigours of Test cricket.

Speaking on The Cricket Debate alongside Jonathan Trott, another former England batsman, Key was adamant that the standard of county pitches has declined over the course of the last 15 years. When it was put to Key by host Charles Colville that pitches in England have remained largely the same for a number of years, Key said: “That’s absolutely wrong. When you [Trott played], when I played, you used to get [someone scoring] 1,600 runs a year in county cricket.

“This year, the two best sides in Division One – Somerset and Essex – the two sides that had a chance to win it, do you know who the top runscorer was out of both of those teams? It was England’s greatest ever runscorer (Alastair Cook) with 800 [913]. Don’t sit there and tell me conditions are the same as they were however long ago. That’s complete and utter rubbish. There was one player who got 1,000 runs in [Division One of] the Championship – Dom Sibley. One player. One player as opposed to 20 [19] in 2004. That is not right about conditions.” 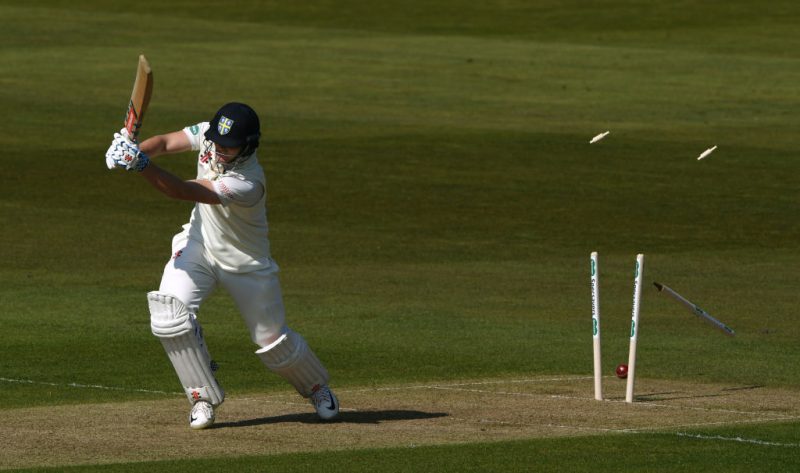 Of players to bat more than 10 times in Division One of the County Championship in 2019, just five of them – Sibley, Cook, Gary Ballance, Sam Northeast and Sam Hain – averaged more than 40. By comparison, the number in 2004 was 31.

Trott, who played first-class cricket in England from 2003 to 2018, backed up Key’s point, saying: “We’re going on cricketing instinct here but the pitches have got remarkably better for bowlers.”

Colville put it to Key that a factor behind fewer batsmen passing the 1000-run mark was the decline in the number of matches in a County Championship season. In 2004, each team played 16 matches while in 2019 every side contested 14 games. In terms of innings batted, Ian Bell, the leading runscorer in 2004 County Championship batted on 25 occasions, while Cook took guard in just one fewer innings in 2019.

While those numbers suggest life as a batsman in county cricket has become harder over recent years, Key made the argument that surfaces that are more favourable for seam bowlers haven’t prepared them properly for Test cricket either.

“The bowlers haven’t improved with that,” he said. “The bowlers are worse with that. It doesn’t work when you play on these nonsense pitches.”