When Duanne Olivier was adjudged the Player of the Series for his 24 wickets in three Tests against Pakistan in 2018-19, he was touted as the next big thing in South African cricket.

A month after that performance, Olivier shocked the world, when he relinquished his spot in the national side by becoming the latest South African player to sign a Kolpak deal, with Yorkshire. Olivier still harbours dreams of playing international cricket, though, but with England.

“I accept that my Test career is over for South Africa,” Olivier told the Daily Mail. “But if I do well, hopefully in the future, I can play for England. You always need to put your mind to certain goals. 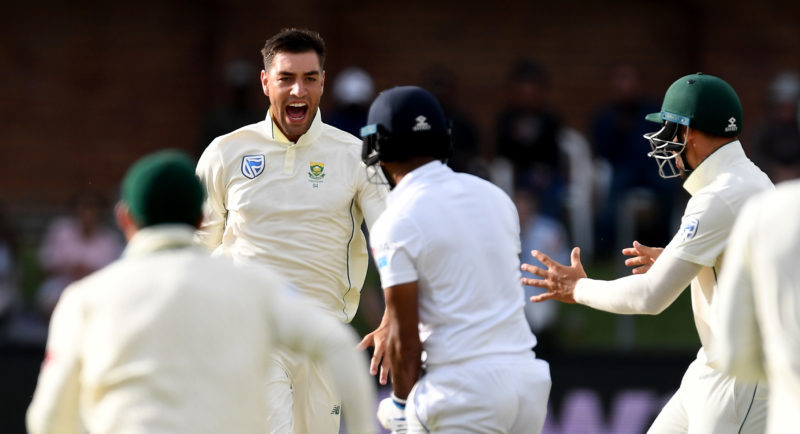 Olivier made his ODI debut for South Africa earlier this year

“Maybe people will think it’s unrealistic, but for me, if I really do well, you never know. I can’t tell you what will happen in the future. All I can do, as of now, is control what I am doing this season and give 100 percent every game.”

Related Story: How do South Africa produce so many ready-made Test fast bowlers?

Olivier, who turned down a two-year contract from Cricket South Africa to sign up with Yorkshire, is the 43rd cricketer from the country to opt for a Kolpak deal. “It was just the best decision to make,” he said. “For me and my family, relocating is the best decision for our future.

“I realise some people will understand and some people won’t, but it doesn’t really faze me what they think. At the end of the day, it’s about what I want to do. I want to see things going forward, and I feel like my cricket will improve playing county cricket.”

The 26-year-old’s lucrative deal with Yorkshire has put him in a position to earn roughly three times more than what he would’ve with a CSA contract. “Every person needs security,” he stated. “I am a firm believer that everything happens for a reason, and if you just concentrate on doing well, that will take care of itself.”