It has been an incredibly fruitful time for Fakhar Zaman in Zimbabwe, and he topped it up with the record of being the fastest man to 1000 runs in ODIs.

The record was at 21 innings, shared by Viv Richards, Kevin Pietersen, Jonathan Trott, Quinton de Kock and Babar Azam. Zaman has reached it in 18, getting there when he cut Tendai Chatara for four in the fifth and final ODI in Zimbabwe on Sunday, July 22.

“I really enjoyed it. In 2016, I was with Pakistan A, and I enjoyed that tour a lot. Same this time too, with the Pakistan team,” he said afterwards. “I was taking my time at the start, waiting to punish the bad deliveries, and that was the main thing for me.”

Punish the Zimbabwe bowlers he certainly did, as Pakistan ran out 5-0 victors, all the wins as comprehensive as they come. If Zaman scored 515, his opening partner Imam-ul-Haq ended the series with 395 runs, the 910 they scored between them pretty much shoving Zimbabwe out of the contests. 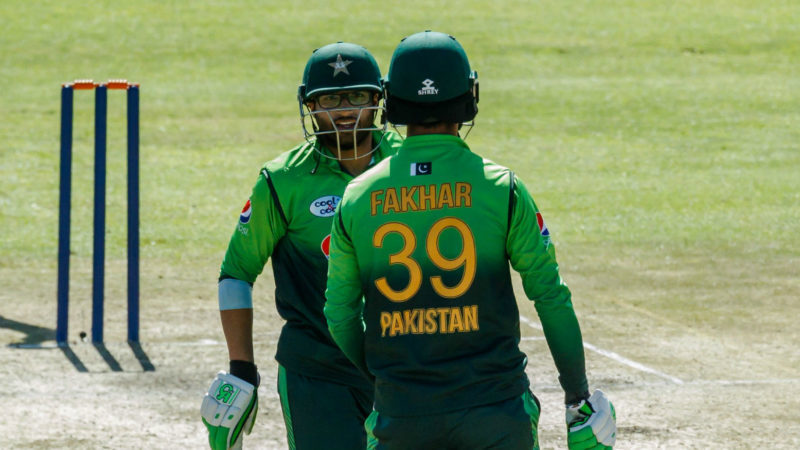 Most runs in a bilateral ODI series

Imam, meanwhile, created his own record in scoring four ODI centuries in just nine appearances, becoming the first to hit that many three-figure scores in his first 10 ODIs. And the 704 runs he scored with Zaman in the five games put the pair at No.1 in terms of partnerships in bilateral series too.

Most runs by a pair in a bilateral ODI series