West Indies wicketkeeper-batsman Shai Hope believes his side can be the first in ODI history to reach a total of 500.

Hope was speaking after his 101 from 86 balls drove West Indies to a massive 421 all out in their final World Cup warm-up match against New Zealand. Valuable contributions were also made by Andre Russell (54* off just 25), Evan Lewis (50) and captain Jason Holder (47), whose side ran out winners by 91 runs.

"It would be great to be the first team to cross that 500-mark, and I am sure we have the batting firepower to do it”

It was a timely reminder of the brutal power and impressive depth that the West Indies batting line-up possesses and Hope believes 500 is possible.

“It is definitely a goal we can try to achieve at some point,” the 25-year-old said. “Definitely, it would be great to be the first team to cross that 500-mark, and I am sure we have the batting firepower to do it.”

One man who could be key to West Indies achieving such a huge feat is all-rounder Russell, who can be used anywhere in the batting order and is coming off the back of a stunning IPL campaign, where he made 510 runs at an eye-watering strike-rate of 204.81.

“He is just incredible – a freak of nature really,” Hope said on Russell. “I don’t really know what to say about Russ, he just hits it and once he hits it, it goes for six. It is a pleasure to be on the same team as him. If you are on the field you are not sure what you are going to bowl at him. It is just nice to enjoy from the inside.” 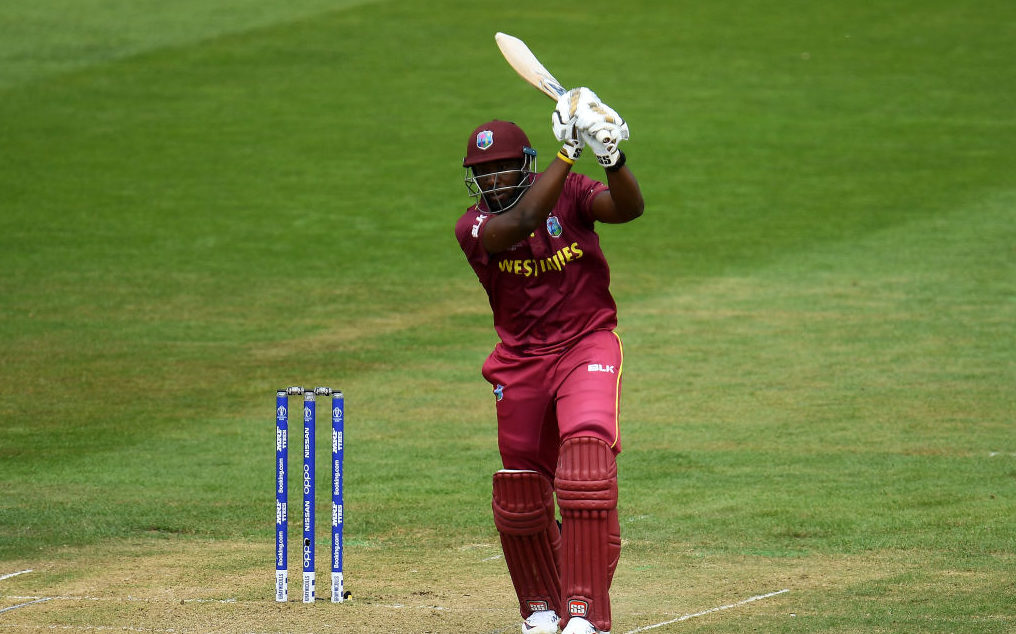 Fellow West Indies all-rounder Carlos Brathwaite also thinks that his team can reach the 500-mark. However, he is aware that they won’t be able to bat with the same depth as they have had in the warm-up matches.

“If you are asking me if we are capable of it, definitely we are,” Brathwaite said. “However, in a real game you probably won’t have the depth in batting at 10 and 11 that we had today. So you need to be a little real about the target.

“Believe it or not, there were some times when we consolidated. So that was beautiful. Just to play what was probably the perfect batting innings as a team. Hopefully, we can get 325 consistently. That is probably about par in these conditions. And then, the odd day we can get 400 and give the bowlers a little bit of leeway.”