Steve Smith and his co-conspirators in the ball-tampering scandal have been treated too harshly, according to Shane Warne.

Warne said the former Australia captain is a “good person” who made a “silly mistake” for his part in the affair, for which he, David Warner and Cameron Bancroft received lengthy bans.

“I will say this about Steve Smith as captain of the side,” Warne told ABC television during the promotion of his new book No Spin. “Steve Smith is a good person. He made a silly mistake, an error in judgment. I think in this country we’re too quick to hang people and just nail them. 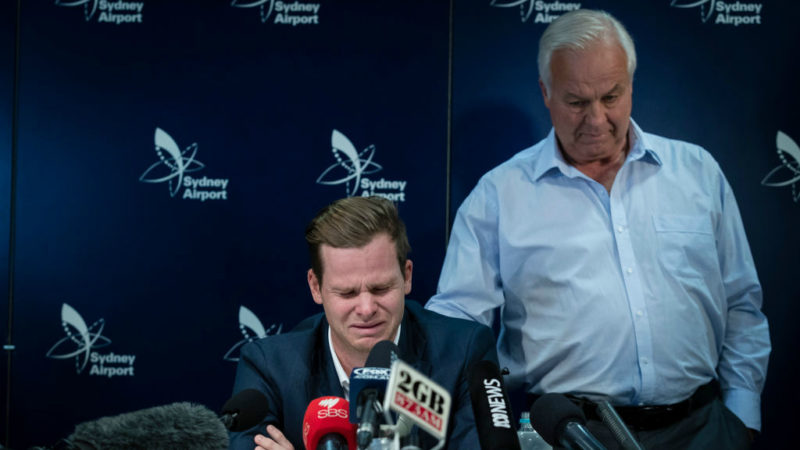 “We cry out for characters but then we cut people off so quickly. And Steve Smith, to me, is a good guy. He’s a wonderful captain, he’s a great player. He just made a silly mistake and I don’t think the punishment fitted the crime.

“A 12-month ban for that? It equated to about an $8-10 million fine. I thought they were very, very, very hard done by and it was a very harsh penalty.”

The great leg-spinner did acknowledge the damage done by events in Cape Town to perceptions of cricket in his homeland.

It equated to about an $8-10 million fine. I thought they were very, very, very hard done by and it was a very harsh penalty

“All of us as Australian were disappointed, we were embarrassed and I think the wider cricket community thought: ‘Australians don’t do that. That’s not the way Australians play their sport. They play it hard, they play it tough. They’re uncompromising but they’re fair. Always been fair’,” Warne said.

“And we have been in all our sports. So it’s really disappointing to see that. They have to earn the respect back of the cricketing public and the Australian public. And all the cricket community.

“We hated it and we didn’t like it and they have to earn our respect back.”

Warne added that he feared for the future of Australian cricket and wants to see the primacy of the Sheffield Shield return, following a period where Cricket Australia has focused on the Big Bash League and the national sides.

“I think we’re struggling. Pretty ordinary at the moment, Australian cricket,” he said.

“To me, I think Cricket Australia is devaluing Shield cricket. I don’t think there are enough first-class cricketers getting into school cricket and inspiring people and talking to young boys and girls to say ‘cricket’s a great game and this is why’, teaching them techniques.

“I’d like to see first-class cricketers getting down to schools, I’d like to see them playing club cricket. I’d like to see international players playing domestic Shield cricket — and playing because they love it and they want to give something back to the game.

“I know it’s hard but they’ve got to do it. They just have to do it for the longevity and successfulness of Test cricket in Australia and that Australian cricket remains strong.”