Having missed the second Test at Lord’s due to being on trial on a charge of affray at Bristol Crown Court, the all-rounder was spotted holding the back of his left knee towards the end of India’s second innings at Trent Bridge. 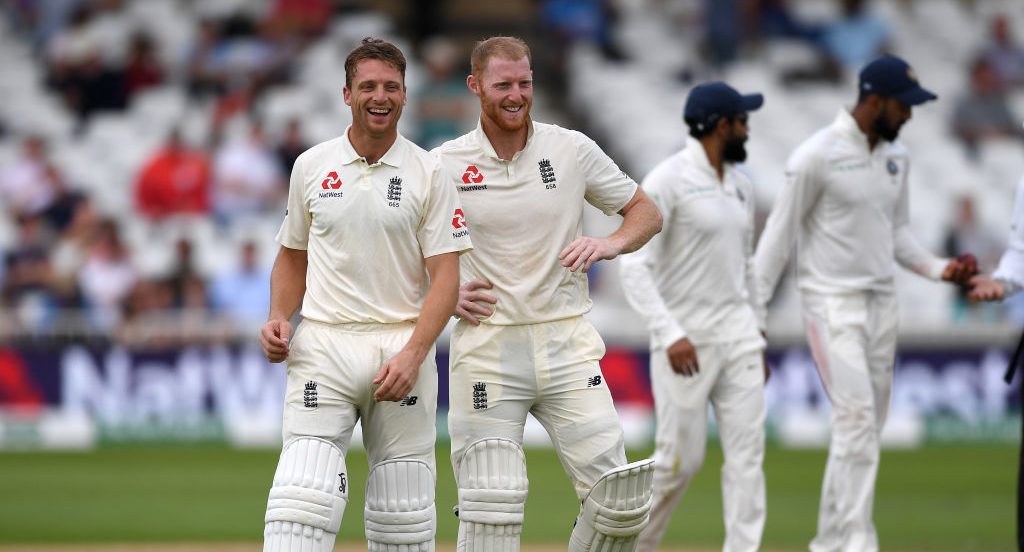 The injury occurred after a spell of short-pitched bowling on a slow wicket, and despite lacking a bit of match sharpness in Nottingham, Stokes managed to bowl 35 overs in the match.

Stokes is likely to be fit for the fourth Test, which starts on August 30, but England aren’t taking any chances. As such, he will not be permitted to play for his county during the Blast quarter-final, even as a specialist batsman.

Related Story: ‘I was playing second fiddle to Jos’ – Stokes revisits Cricket World Cup final partnership with Buttler
Jos Buttler and Keaton Jennings, however, are likely to turn out for Lancashire, while Worcestershire’s Moeen Ali, who compiled a dominant double-century in the County Championship against Yorkshire, as well as going on to take six wickets, is also free to feature.