Surrey have signed Virat Kohli as their overseas player in June in what will be the India captain’s first taste of county cricket.

The batting colossus is likely to be available for three County Championship matches – against Hampshire, Somerset and Yorkshire – as well as three Royal London One-Day Cup matches on home soil at the Oval. The 29-year-old will miss India’s inaugural Test match with Afghanistan in June while playing county cricket. 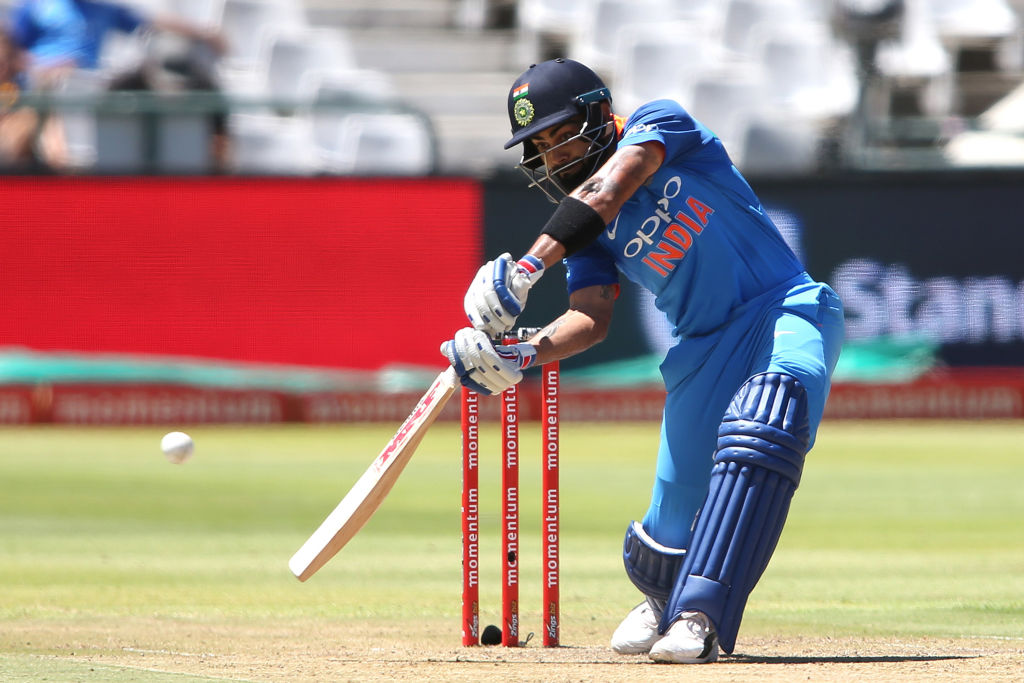 Virat Kohli attacks during the 3rd ODI between South Africa and India in Newlands, February 7, 2018

“It’s long been an ambition of mine to play county cricket and I’m thankful to Alec Stewart and Surrey for allowing me the opportunity,” he said.

Surrey have pulled off another major coup, supplementing the recent acquisition of former South Africa paceman Morne Morkel. “We’re thrilled to have signed the biggest name in world cricket for the month of June,” Surrey director of cricket Alec Stewart said. “Playing and training alongside Virat will be a massive benefit for our players who will have the opportunity to learn so much from him.”