Taylor and ECB staff have worked together to manage her mental health across the last three years, but Taylor doesn’t feel in a position to take part in the upcoming three matches.

“I first took a break from the game in 2016 but I don’t want people to feel this is exactly the same,” said the 30-year-old. “I’ve made progress in that time and there are plenty of challenges I’ve met on the way and hurdles I’ve overcome. 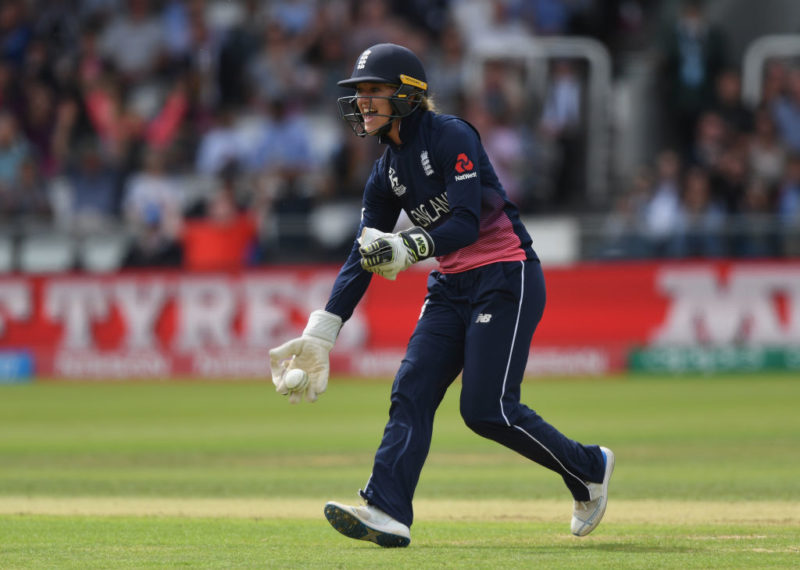 Taylor is one of the most talented wicketkeepers in the world, and won the World Cup with England in 2017

“That said, mental health is not something you ‘beat’. It’s a continual management process and at the moment I don’t feel in a good enough place to compete in international sport.” Earlier in the year, Taylor spoke about how far she’s come since initially taking time out of the game in 2016.

After drawing to Australia in the only Test at Taunton, England can no longer regain the Ashes, but can still draw the series.

“I wish the girls all the best across the T20I series. 8-8 is a very different score from 8-2 and I know they’re all working incredibly hard to win these last three matches and draw the series.”

Fran Wilson will take the place of Taylor in the squad.