David Warner, who registered his maiden triple hundred on day two of the second Test against Pakistan in Adelaide, recalled how Virender Sehwag, the former Indian opener, motivated him to excel in the longest format.

Warner walked off unbeaten at 335 as Australia declared after a huge first-innings score of 589-3 on Saturday, November 30. He surpassed the great Sir Don Bradman and former captain Mark Taylor to register Australia’s second-highest individual score in Tests, behind Matthew Hayden’s 380 against Zimbabwe in 2003. The swashbuckling opener was considered something of a T20 specialist early in his career but soon evolved as a proven match-winner for Australia across formats.

He credited Sehwag, whom he played under during his first five seasons of the Indian Premier League at Delhi Daredevils for instilling in him the confidence to excel in Tests.

Some cringe at his sometimes questionable behavior, others are able to see past all that and appreciate a truly colourful character. But love him or hate him, David Warner is a heck of a cricketer. And he is here to stay.

“When I got the opportunity to play for Delhi in the IPL and I met Virender (Sehwag) there, he sat me down,” Warner recalled. “He said I will be a better Test player than Twenty20 player. And I said to him ‘you’re out of your mind’.”

When Warner did make his debut in Tests, two years after his maiden international appearance in 2009, he scored a hundred in only his second game against New Zealand and soon established himself in the format. He has accumulated 6,947 runs at an impressive average of 48.58.

Sehwag, who boasted a strike-rate of 82.23 in 104 Tests, the highest for any batsman with more than 8,000 runs, had straight-forward advice for Warner. 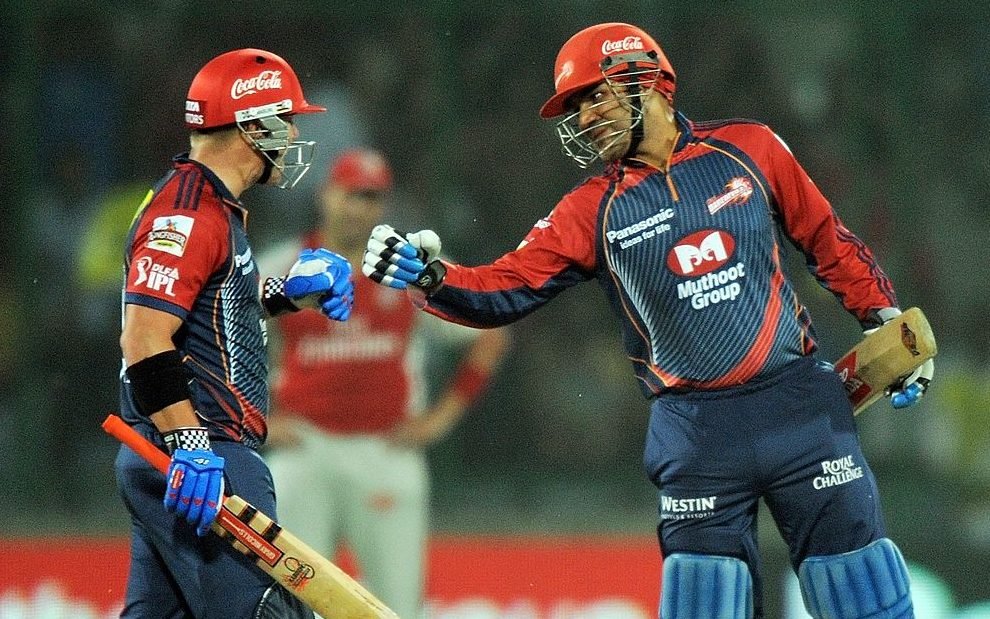 “Sehwag always said to me: ‘What, they have some slips and a gully. Cover is open, mid-wicket is just there and mid-off and mid-on are up, you just play your way and you will get off to a flyer and sit there all day and pick them off,’” Warner recalled.

“It’s always just sat in the back of my mind. It sounded very easy when we were discussing that.”

Much like Sehwag, Warner has been a naturally aggressive batsman even in the longest format, but getting over his disastrous Ashes campaign earlier this year, when he scored just 95 runs across 10 innings, demanded a certain degree of discipline. His 335-run knock did come at a strike-rate of 80.14, but that involved a huge amount of control and some great intensity in running between the wickets.

Related Story: Why Virender Sehwag never wanted to go to the gym

“I think early days, I just kept backing myself the way I played and I didn’t really change the gears in the right sort of context in the game,” Warner said. “Cricket smarts evolve and I’ve had to learn on the run, playing Test cricket. The only way I knew was to sometimes throw the kitchen sink at it. If I got out early then I’d kick the can a little bit.