Vernon Philander has announced that he will retire from international cricket after South Africa’s upcoming four-match Test series with England.

The seamer made his international debut in 2007 and has gone on to take 261 wickets for South Africa. The majority of his success has come in the longest format: with 216 wickets, he is South Africa’s seventh-highest Test wicket-taker.

“I would like to hereby announce that I will be retiring from international cricket at the conclusion of the Test series against England,” Philander said. “I feel that it is the appropriate time to conclude what has been an amazing journey.

“I want to give thanks to my Heavenly Father for blessing me with the opportunity to represent my country for the last 12 years. It has been a honour and privilege to have played alongside the very best in the game as well as being part of the best Test team for a number of years. 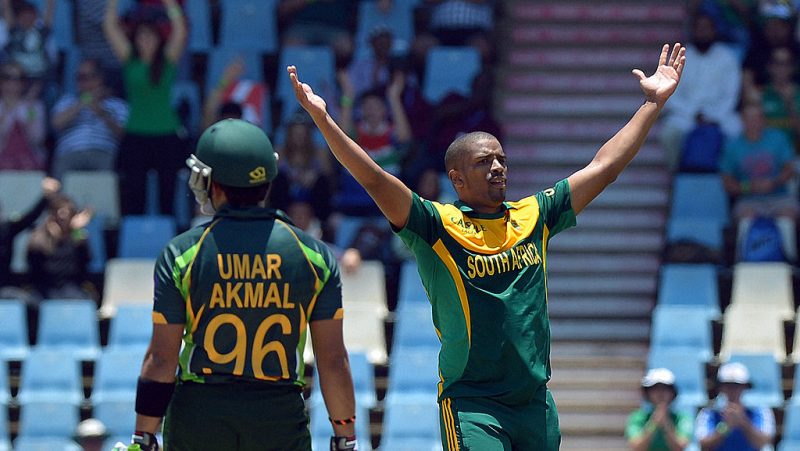 “Thank you must also go to CSA, the Cape Cobras, all the coaches, management, captains and teammates and the very special fans from all over the world for your love and support.

“I would like to say a special thanks to my wife, family and friends for your loyalty and support on this journey which has obviously had its ups and downs. And to my number one fan since day one – Mom, thank you so much.

“I would like to express my gratitude to all the sponsors of the game of cricket in South Africa as well as my own amazing sponsors who have become like family over the years.

“My entire focus and energy at this time is to help the Proteas beat England which I am really looking forward to.”

Philander, who took eight wickets on his Test debut in 2011, reached 50 Test wickets in seven matches, making him the joint second-fastest to the landmark. He was part of the South Africa side that climbed to the top of the Test rankings after victory over England at Lord’s in 2012, and in December 2013 he reached the top of the Test bowling rankings.

With the bat, Philander has hit eight half-centuries for South Africa, with his top score of 74 coming against Pakistan in 2013.

The first Test between England and South Africa will begin on Boxing Day at Centurion, with the series to conclude at The Wanderers in January.