Hesson and Katich were appointed to their respective positions as part of a team management overhaul that saw the departures of batting coach Gary Kirsten and bowling coach Ashish Nehra, following the franchise’s last-place finish in the 2019 season.

It was nothing new to a team that has perennially underachieved in the league, despite vast reserves of talent, especially in the batting. Kohli has overseen many of those underwhelming seasons, including the last three, none of which Bangalore have the made the playoffs of.

The records just keep getting broken.
Maybe we need a new superlative for Virat. Can you suggest?#ViratKohli #INDvsSA #TeamIndia #PlayBold pic.twitter.com/gHez4RUjiE

With the captain calling all the major shots, it has led to questions about Kohli’s credentials to lead the side, but Hesson and Katich said there is no question that the star batsman remains the right candidate to take the team forward.

“From our point of view, we have been aligned about how we are going to go about things. We haven’t got that perception [of Kohli being autonomous] about Virat at all,” Katich said at a media interaction on Thursday, September 19.

Related Story: ‘Get the right people in place’ – Mike Hesson on his new role at RCB

“Potentially, there is a learning from that and the fact that what he has done in the past, maybe he has learnt from that and wants to go about things differently moving forward. But from what we’ve discussed with him so far, he has very much been aligned about how we want to move forward, and happy to take advice from our experience and how we see things. There’s no question, for us Virat is captain.”

Spelling out his vision for the team, Hesson said that one of the goals for the leadership group is to get rid of inhibitions in communication and not be passive in calling things the way they are.

“The three of us have to be brutally honest with each other behind closed doors around every decision,” he said. “There will be decisions we all make where we might say: ‘hang on, what were we thinking there?’ And it might not necessarily be saying you have done something wrong. It’s just asking for clarity on what you were thinking. 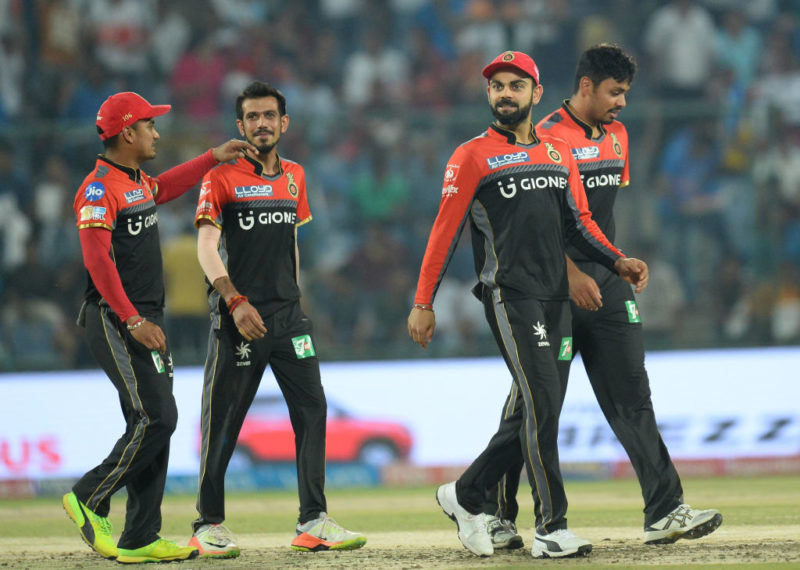 Royal Challengers Bangalore have failed to make the playoffs in three successive seasons.

“I think this is a responsibility for all of us, to challenge the three of us as a leadership group to make sure we are getting the best out of each other. We are not going to be passive and not be afraid of having honest discussions. There is no value in that for anybody.”

Among the challenges in front of the new leadership group is to rediscover the home advantage that has pretty much been absent since the relaying of the outfield and the implementation of the revamped drainage system in early 2017. It has led to the surface slowing down massively, bringing down average scores that were always on the higher side, given the small dimensions of the M Chinnaswamy Stadium.

"From what we've discussed with him [Kohli] so far, he has very much been aligned about how we want to move forward, and happy to take advice from our experience and how we see things."

As a result, RCB haven’t quite been a force at home in the manner of other heavyweights, such as Chennai Super Kings, Mumbai Indians and Kolkata Knight Riders. “I have seen it [the pitch] evolve over the last four years,” Katich said. “It affected the balance of the team because it was playing differently to what the team had been used to in the past.

“You want to really utilise your home ground advantage for seven games, and if you make it a fortress which others teams have done at their venues, that becomes a big determining factor in whether you can make it to the playoffs. That’s one thing we certainly will be taking into account and making sure that it suits the balance of our team. We have to understand how it is going to play.”