Will Jacks and Tom Moores have been called up to the England Lions for their tour to India after Joe Clarke and Tom Kohler-Cadmore were dropped from the squad.

Jacks, 20, enjoyed a breakout season for Surrey in 2018, in which he contributed to their first County Championship title since 2002 and scored his first hundred in professional cricket in the Royal London One-Day Cup.

An attacking top-order batsman in white-ball cricket and a fluent middle-order player in the longer form of the game, Jacks has been included in both the one-day and four-day Lions squads for the India tour that starts this month.

Jacks is the latest player to emerge from Surrey’s impressive production line of talent in recent years. Sam Curran and Ollie Pope, 20 and 21 respectively, both made their Test debuts in 2018 while Jacks joins off-spinner Amar Virdi, also 20, in the Lions squad. 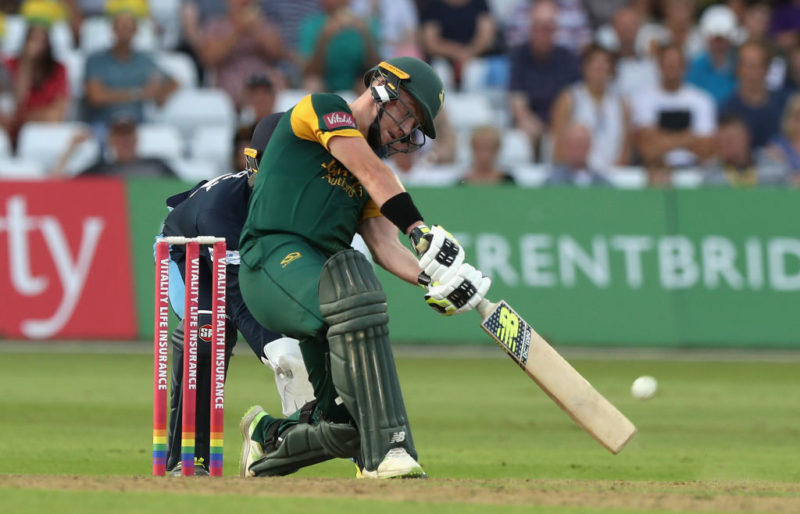 Moores enjoyed a successful 2018 for Nottinghamshire

In a statement on Moores’ call-up, Nottinghamshire’s director of cricket Mick Newell said: “We want our young players to go on and play for England. This selection demonstrates that Tom’s ambitions in that regard are wholly realistic.

“The task for him now is to backup those performances in 2018 by playing well for the Lions and having more success with Nottinghamshire.

“That’s the same situation for all our players on the tour. We will be looking out for their progress and wishing them all the best.”

Clarke and Kohler-Cadmore, who Jacks and Moores have replaced, were earlier dropped from the touring party after their involvement WhatsApp group detailing their “sexual conquests” was revealed during the Alex Hepburn rape trial.

The England Lions are set to play India A in five one-day matches and two unofficial Tests. The white-ball series begins on January 23rd.