Rishad D’Souza examines the decision of the BCCI, driven by new president Sourav Ganguly, to host day-night Test cricket in India – a move that comes with risk, potential reward, and above all demonstrates what we can expect from Ganguly’s tenure.

The BCCI have always been slow to embrace big changes in the game. Mike Brearley, writing in the Wisden India Almanack launched last week, describes it as a “prickliness and a stickiness” to change.

Until recently, India was the only country where DRS technology wasn’t employed, due to worries about its accuracy and implications. Decades ago, it took a World Cup win for them to truly embrace ODI cricket. Even with T20 cricket, which now draws raucous crowds and mind-boggling TV deals, was viewed sceptically until India won the inaugural edition of the World T20 in 2007 – Misbah-ul-Haq’s ill-fated scoop, on which the result hinged, might just be the most influential shot in cricket’s history.

It’s tempting to view India’s late entrance to day-night Test cricket in the same light: just another party to which India are turning up late, having let the rest of the world test the punch first. After all, it’s been four years since the first such match was held in Adelaide, Australia winning a pulsating three-day scrap in which ball held sway over bat. When India and Bangladesh face off at Eden Gardens on November 22, they will become the ninth and 10th countries to play a pink-ball international. Six countries have hosted day-night Tests till now.

"Beginning of something special," says BCCI president Sourav Ganguly after the India-Bangladesh day-night Test is confirmed.

In this instance, however, it’s a little different. Unlike before, where India has tended to embrace change only after being assured of success, this is not a case of India piggybacking onto a successful concept, but attempting to revive an ailing one. It is embracing some uncertainty in joining efforts to enable Test cricket to remain sustainable in the age of ever-shortening cricket formats.

The fixture certainly presents risks for India. Firstly, the value of day-night Tests in providing a long-term solution to declining crowds for red-ball cricket remains a matter of debate. While the novelty of the format in November 2015 lured people down to the Adelaide Oval on each of the three days, few national boards other than Australia have opted to make day-night fixtures a regular part of their calendar. The last day-night Test away from Australia was in June last year, when Sri Lanka played West Indies in Bridgetown, where crowds were poor even if the cricket was exciting.

Secondly, a helpful ball and more variable batting conditions could lay a stumbling block in the way of their preferred home strategy. Dew is a bigger factor than elsewhere. And lastly, the pink SG ball to be used in the match has never been tested in a competitive match before, and with even the red version coming under fire for scuffing up too quickly, the condition of the ball will be under keen scrutiny as the historic occasion unfolds. 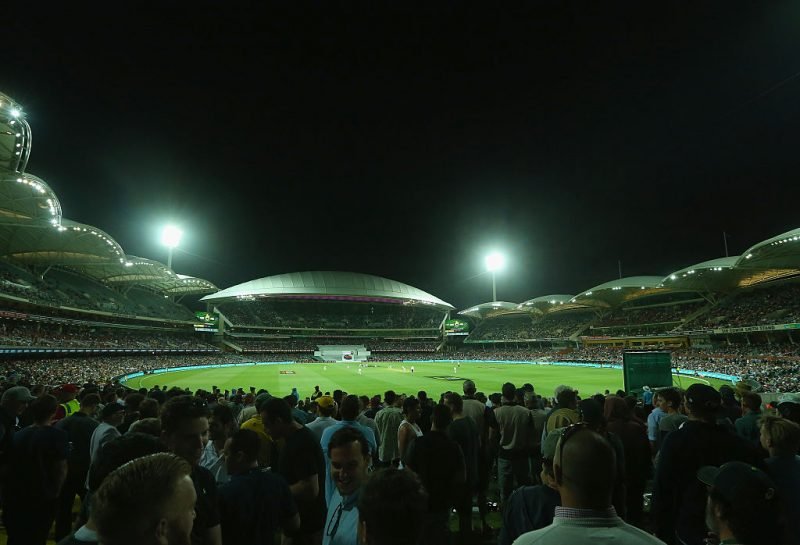 Day-night Tests may or may not succeed in drawing larger audiences, but it is certainly worth a shot

But there is opportunity, too. In India’s developing economy, the likelihood of getting time off from work to watch Test cricket in the day is slim. But a half-day to catch two sessions of play? The odds are already better. People can come in for just the final session after a full day’s work, especially if the BCCI can make arrangements for discounted final-session-only tickets. A later start time also automatically presents the game to a large evening television audience.

The BCCI and Cricket Association of Bengal (CAB) are already reporting that tickets for the first three days of the Test are sold out.

While the verdict on whether the experiment is a success may take a while, the fact that the board has opened itself up to the risk and opportunity tells us plenty about the man largely behind the move: BCCI’s new president Sourav Ganguly, who, in less than 10 days after assuming his role, consulted with all parties, including the Indian captain and the Bangladesh players, and persuaded them to be part of a historic occasion.

“You can’t have greats of the Indian cricket play in front of empty stands. And here you will have full house for the first three days,” he said in Kolkata on Sunday, November 17. “That’s the way forward. Test cricket needed a rejuvenation.”

'Too late to do anything now.'

Will smog be a factor on Sunday?#INDvBANhttps://t.co/2O1MgxRAC5

A firm backer of the day-night experiment, Ganguly had overseen the pink-ball trial during his stint at CAB, in the domestic Super League final in 2016, with Mohammed Shami and Wriddhiman Saha featuring in the club fixture. Coinciding with his role in the BCCI’s technical committee, the Duleep Trophy was played with the pink-ball. In several interviews, the former captain has described his support for it as “common sense”.

Day-night Test cricket isn’t the only big-ticket change – common sense moves, it could be argued – that Ganguly wants to pull off to announce himself. He has made unequivocally clear his intentions of ringing in a host of modernising changes in the way the game is run in the country, with a focus on revitalising the first-class structure. He has even promised to set up a contract system for domestic players, which could add a level of financial security to players in that ecosystem. After a period of stasis, his bluster seems an exciting antidote for the BCCI.

For years, the BCCI top-management has been perceived as either highly self-serving or simply too passive. By the time Ganguly ends his tenure at the helm, that impression of the BCCI may have changed quite dramatically.