David Warner made an unforgettable triple century against Pakistan at the Adelaide Oval on Saturday, November 30, to elevate himself into the upper echelons of Australia’s Test history.

His unbeaten 335 has taken him to rarefied heights, making him part of a veritable all-time great club, as he joins Matthew Hayden, Mark Taylor, Don Bradman, Michael Clarke, Bob Simpson and Bob Cowper as one of only seven Australian Test triple-centurions.

Having lumbered through an Ashes series in England that nearly threatened his place in the side, the bullish opener has served up quite the reminder, putting the cricket world on notice with knocks of 154 in his first Test outing of the home summer, before this magnum opus in the second.

Below, we look at the five biggest takeaways from his unsparing assault on Pakistan in the second Test at the Adelaide Oval.

We mean literally. Warner scored 162 of his runs through fours and sixes. That’s less than half of the total runs he made. Now Warner’s boundary percentage isn’t the lowest by any stretch. Of the 31 knocks of 300 or more in Test cricket, 14 have had fewer fours and sixes. But in an era of incessant boundary-making, Warner’s is still a staggering feat: only five of those 14 innings have come in this century. 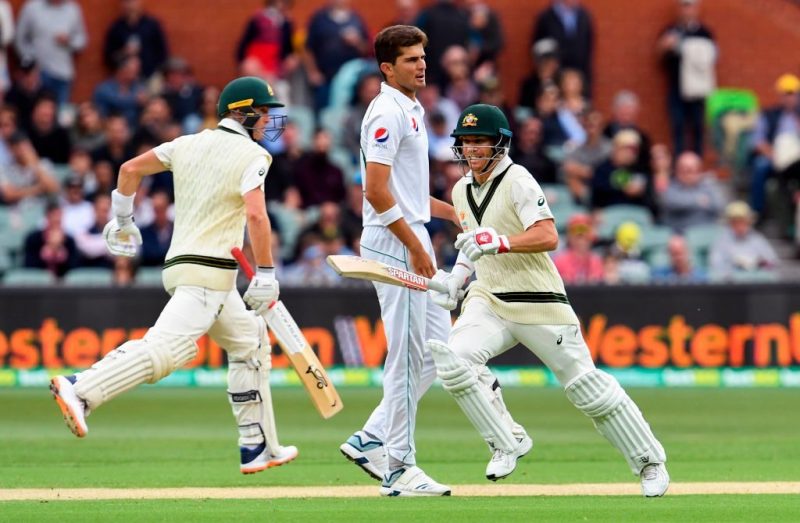 David Warner completes a run in his marathon innings of 335*.

It’s partly a consequence of the large ground dimensions in Australia, which makes finding the boundary harder. It’s no coincidence that the overall career numbers for many of Australia’s batsmen is marked by small boundary percentages, and that the majority of them are untiring runners between the wickets. They are attuned to doing so from an early age.

Even so, it’s a mindblowing accomplishment. Warner ran 173 of his runs. That translates to 3806 yards. Essentially, we’re talking three-and-a-half kilometres. And that’s without even accounting for the work your arms are doing, carrying and swinging a sizeable bat, and the runs you’re putting in for your partner too. Head spinning? No? Try it out sometime.

He won’t look a gift horse in the mouth

Of all the things that you shouldn’t do while bowling to a ravaging batsman on the loose, overstepping probably sits on top of the list. It’s the one thing a bowler should be most in control of. And yet Pakistan have somehow reprieved Warner through that misdemeanour twice this series.

In the opener at the Gabba, Naseem Shah had Warner inside-edge a drive to the wicketkeeper on 56 when he planted his foot over the line. It cost Pakistan 98 runs. On Saturday, Warner was batting on 226 when Musa Khan had him flaying at a wide ball and edging to gully before finding himself standing helplessly, with his hands on his head, as he realised his transgression. This time, Warner punched another 109 runs and smashed a bagful of records.

Can you believe it?

On both occasions, it wasn’t the first such lapse from the bowler. Naseem had, in fact, even gotten away on one occasion before he erred again on the wicket ball. What’s more, both bowlers were playing their maiden Test matches. Speak of harsh early life lessons (although you’d think they’d know better than that by now).

Pakistan are a seriously limited Test side

Pakistan have lost their last five Tests and are well on their way to making it six. Once one of the world’s most feared attacks, their bowling is now toothless, relying on teenage tearaways in the absence of proven workhorses. It’s a steep fall from the side that lifted the ICC Test Championship mace under Misbah-ul-Haq in 2016.

Warner brutally exposed their frailties through the course of his innings. Having already cantered to 166 on the opening day, the left-hander effortlessly set the tone for the second day, cracking the third ball he faced for four. He and the remarkably consistent Marnus Labuschagne reeled off 65 runs in the first nine overs of the morning.

And sure, some of Pakistan’s ineffectiveness can be put down to their inexperience. Musa and Naseem are just starting out in Test cricket. Mohammad Abbas is 14 Tests old and hasn’t played one in ten months, while Shaheen Shah Afridi is playing his fifth game at this level. 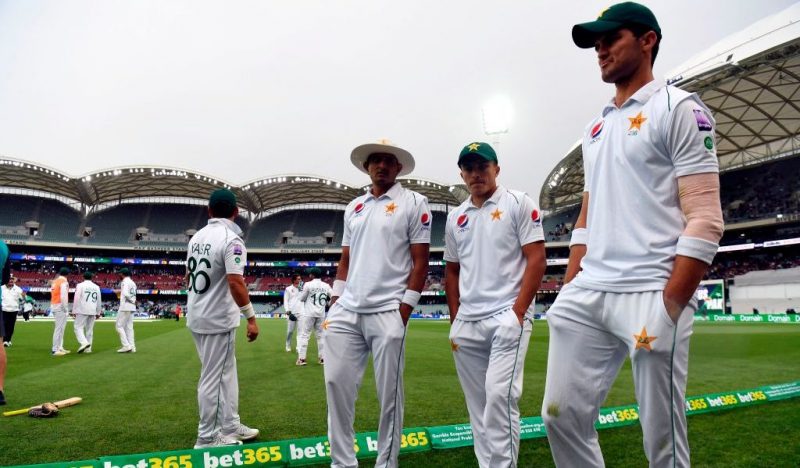 The one bowler whom they used to look to to bail them out has struggled most of all. Long-time match-winner Yasir Shah’s sole highlight of the series has been reduced to a cheeky symbol he made with his hands in Brisbane. His four wickets in that match cost over 50 apiece, while his 32 overs here didn’t fetch a single wicket and cost 197 runs. That is the third most any bowler has conceded while going wicketless in an innings in Test history, while his economy rate of 6.15 is the third highest ever for a bowler to have conceded at least 150 runs in an innings.

Our sympathies if you have to. But if you must, know what you’re getting into: Saturday’s triple hundred was the first ever at the ground, but it wasn’t an outlier Warner performance in Adelaide by any means.

This has by far been his most productive venue. Saturday’s knock has taken his tally there to 1045 runs – making Adelaide the only ground where he has amassed over a thousand runs. He averages 80.38 and has four of his 23 Test hundreds here.

Related Story: Wisden’s men’s Test innings of 2019, No.5: David Warner comes back with a bang

It’s also been his second most prolific ground in one-day internationals, with 383 runs at an average of 54.71. And as with Tests, it’s the venue of his career-best performance – 179, also against Pakistan – so if you thought you could have a go at him with a ball that isn’t coloured red or pink, that’s a no-go.

Yes, yes, we know what you’re thinking. But strip away all the shenanigans – the sledging, the bust-ups and the tampering – and you just have a cricketer who is damn good at what he does, and never far from the heart of the story.

The guy was gone for a year, came back with a bang at the Indian Premier League, racked up runs like a machine at the World Cup, made people question if he belonged at this level in the Ashes, and is now laughing at those same people for asking those questions. It’s been quite the ride, honestly, one that has made you feel a range of emotions. 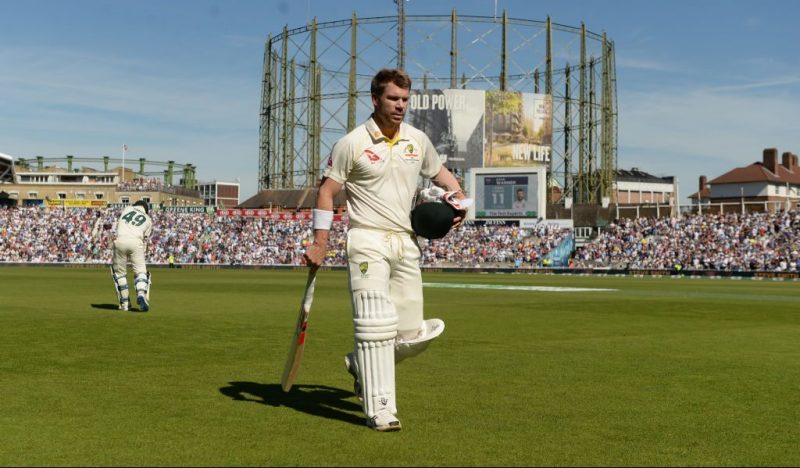 David Warner endured a tough 2019 Ashes series, but his Adelaide triple confirms he’s back in form

Some cringe at his sometimes questionable behavior, others are able to see past all that and appreciate a truly colourful character. But love him or hate him, David Warner is a heck of a cricketer. And he is here to stay.