Australia’s treatment of Bangladesh shows why Test cricket’s newest members like Ireland and Afghanistan still have a huge challenge ahead.

Welcome to the club, Ireland. And as it turned out, Malahide’s introduction to Test cricket proved a contest of equal magnitude to the occasion, with Ireland brought to the brink of beating Pakistan by Kevin O’Brien’s curiously becalmed century. It was the sort of innings you never expected to see emanating from his round, brawny shoulders: an innings of subtlety and wit as well as power and patience, the illegitimate offspring of WG Grace and James Joyce.

A terrific time had by all, then. And yet, once it was all done, Ireland had lost much more than a Test match. O’Brien’s red-letter day had added up to a big red number: the whole match had cost Cricket Ireland around €1 million (£870,000) to stage, a sum it would not remotely recoup. The rain that washed out the entire first day cost them more on top of that figure. So yes, welcome to the club, Ireland. But like most exclusive clubs, you might find the joining fee a touch hefty.

Attaining Test status may feel like the culmination of a long and epic journey. In reality, it’s just the start of another

At the same time, on the other side of the world, the task facing Ireland – and Afghanistan, who on June 14, will become Test cricket’s 12th nation, taking on a weakened, Kohli-less India – was being made abundantly clear. That was when Cricket Australia announced that their home series against Bangladesh in August was being cancelled on grounds of financial viability.

Not curtailed. Or postponed. Or rescheduled. Just a debasing wave of the hand to a country that has been playing Test cricket for 18 years, and toured Australia just once in all that time. “It’s really at the home team’s discretion what they want to host,” explained Cricket Australia’s chief executive James Sutherland, who always talks with the extreme frown of a man desperately trying not to accidentally say the word ‘boobies’. “The huge cost just makes it difficult. I think we got squeezed a little bit.”

I’m sure I speak for all WCM readers in passing my deepest sympathies to Cricket Australia, who are clearly going through a bit of a lean time. We’ve all been there at some point: been forced to tighten the belt, cut outgoings, try to make that record $1.2 billion (£680 million) broadcast deal last till payday. It’s probably why they had to undertake a random but extremely lucrative one-day tour of England. 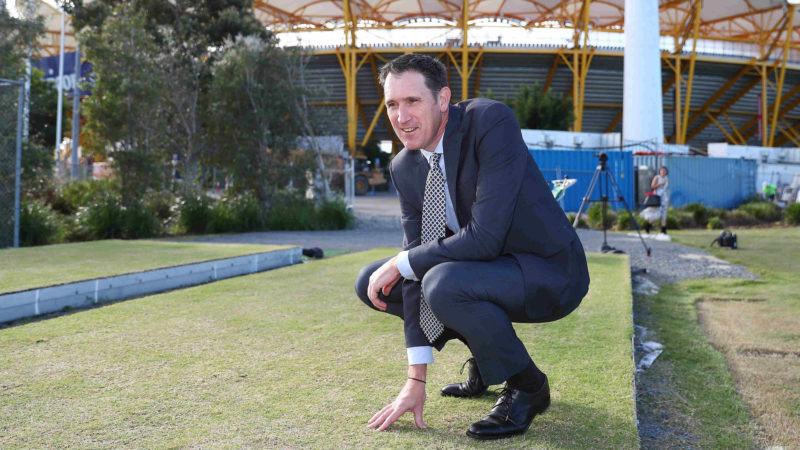 For Bangladesh, the world’s eighth-most populous country, a haughty reminder of exactly where they stand in cricket’s pecking order. Attaining Test status may feel like the culmination of a long and epic journey. In reality, it’s just the start of another. At least they have been invited to take part in the inaugural World Test Championship from 2019 to 2021. Ireland and Afghanistan, meanwhile, will miss out, along with Zimbabwe.

It’s an exclusive club, Test cricket, and the clue’s in the name. No matter how many tests you pass, there’s always another. Penetrate the velvet rope, get into the VIP circle, and instantly they invent a VVIP circle. No matter how many times you get inside, you will always be outside. Guinea pigs for experiments like the four-day Test between Zimbabwe and South Africa in December. Prime fodder for the token one-match series, which has made a creeping comeback in recent years: just three in the first decade of this century, already 12 and counting in the second.

And so what the ICC are so craftily positioning as the expansion of Test cricket is better understood as its stratification. This has always been a game of rich and poor, but now it  is also one of double standards. The humongous hypocrisy by which small nations are expected to stage Test cricket at a loss, while the richest are allowed to balk at even the most fleeting threat to their profits. The stinging irony by which the ECB, having literally helped itself to Ireland’s best cricketers for years, are using their elevation as an excuse to reclassify their county players as overseas from next year.

The Big Three takeover may have been scaled back in theory, but the rationale underpinning it remains in place: that Test cricket is not a global good or an equitable competition, but a gift given paternalistically by the big to the small, a favour for which they are expected to pay handsomely, wait patiently and know nothing.

Bangladesh still don’t know when they’ll next tour Australia. Afghanistan still have no idea when they’re going to be playing their second Test. Nor do O’Brien and Ireland. Welcome to the club, guys. But like a lot of exclusive clubs, it’s going to feel pretty weird for a while.