The India v Sri Lanka T20I series, with the makeshift opening pair of Shikhar Dhawan and KL Rahul, was meant to help India decide which of them would be best suited to partner Rohit Sharma in India’s white-ball squads. After a 2-0 series win, there is still no unanimous choice.

Dhawan’s injury-riddled 2019 allowed Rahul to form an imperious pair alongside Rohit. In 2019, the duo averaged 92.3 per stand in ODIs, after 10 outings together, more than twice the corresponding figure for Dhawan and Rohit. In his last eight limited-overs innings, Rahul has five fifty-plus scores. In T20Is, since the start of 2019, he averages 45.50, striking the ball at 143.08.

Yet, with Dhawan making a strong recovery, following up his 32 off 29 balls in the second T20I against Sri Lanka with 52 off 36 in the decider, the senior player has again opened the floor for discussion.

Dhawan himself is playing it cool. “All three players are doing very well,” he said diplomatically. “Rohit, in particular, had an excellent 2019. Rahul has also done well in the last two months and he’s a really good player. Even I am in the picture, now that I’ve done well (laughs). It’s building up well … I don’t think about the competition since it’s not in my hands. I am happy with the fact that I could express myself in both opportunities I got.”

KL Rahul's continued consistent performances the key take away with the bat for India in this series. He leads CricViz's batting impact chart for the team since the start of 2019. Dhawan didn't disappoint this series, but still doesn't look the part compared to Rahul. #INDvSL pic.twitter.com/gxhQ540blH

So what does the team management do if it comes down to a choice between the two? Do they reward present form or past success? Performance or reputation?

Skipper Virat Kohli has deflected the question. “People need to stop pitting people against each other,” he said. “It’s all about a team game. The squad should be strong. I don’t endorse this idea of putting people in the team against each other. I don’t think that’s a healthy sign. People should be happy that we have such strong players performing for the country.

“All three are pretty strong players … It will all boil down to who’s batting better than the other person.”

The Wisden staff chose to ignore Kohli’s admonition and indeed pit the two openers against each other, in attempting to answer some questions about India’s line-up.

Roshan Gede: At present, Rahul, Rohit and Kohli seem to be the ideal top three for India in T20Is, with each of them capable of playing the long innings and unleashing the big shots when required.

However, Dhawan’s record in Australia (5, 42, 26, 76, 41; SR: 165+) can’t be overlooked ahead of the T20 World Cup in the country. The fact that he relishes pace early in his innings works in his favour. I won’t mind both him and Rahul being in the XI and Kohli coming in at No.4 to add depth in case of an early collapse. At 5 and 6 could be two of Rishabh Pant, Shreyas Iyer, Manish Pandey and (maybe) MS Dhoni, with Hardik Pandya at 7.

For ODIs, it’s tough to look past Dhawan as most of his big knocks have resulted in wins. Although previous experiments haven’t been all successful, Rahul can be a good middle-order option alongside Iyer, with both being good players of spin and having the ability to counter-attack if needed. 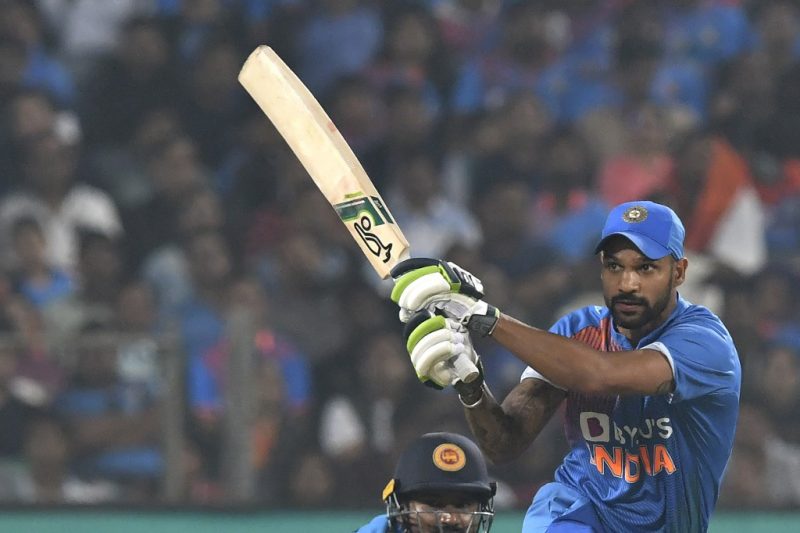 Akshay Gopalakrishnan: There is no one answer to this question, really. It’s similar to the dilemma Australia faced when they were without Steve Smith and David Warner in the build-up to the World Cup. Players such as Peter Handscomb and Ashton Turner gave a wonderful account of themselves, but eventually, they had to make way for the bigger names. That logic, however, did not apply at the 2019 Ashes, when Marnus Labuschange, who replaced Smith as Test cricket’s first concussion substitute and impressed with a gritty fifty to save the Lord’s Test, retained his place even after Smith regained fitness.

If there’s anything to be learned from those events, it’s that so much of decision-making in sport is situational. Leading up to the World Cup, Australia had a prolific all-round unit, which afforded them the breathing space to risk bringing in two cricketers, who’d been on exile for a year, straight to the tournament. At the Ashes, barring Smith, Australia weren’t as domineering, which meant they could afford to make room for Labuschange.

In short, Dhawan’s return will depend on how his body holds up and how much time is left for the T20 World Cup when he is seen to be fully match ready. On current form alone, I’d go with Rahul. Playing both in the XI is out of the question as they are both best suited for a top-order role. The only visible path for a Dhawan return, as things stand, is a dramatic loss of form for Rahul.

Two opening slots and three consistent openers? Trust @SDhawan25 to not take unnecessary stress ??. His job is to score runs and he is happy doing that. #TeamIndia #INDvSL pic.twitter.com/qYHicVBTDT

Karunya Keshav: Dhawan seems to find himself in the same position that Rahul did until the middle of last year – he’s doing a lot of things right, but it is still not enough. While Rahul has edged ahead in recent months, his performance overseas on the tour of New Zealand might decide who the preferred second opener is for the T20 World Cup.

Since last year, only Kohli has a better strike-rate than Rahul in the Indian side. Nobody has hit more fours. The 91 off 56 balls against West Indies in Mumbai was a statement of how he has matured enough to see out an innings. More importantly, his ability to go hard from the start, especially with Rohit at the other end, will allow India to shed their relatively risk-averse approach to the format so far. Consistency, which was the main complaint against him until recently, too seems to have been addressed with his 45-plus average in ODIs and T20Is.

Without a spectacular run in New Zealand, Dhawan’s inclusion in the XI may hinge on the opposition and conditions, rather than form. If India feel they particularly need a left-right pair, or the kind of player who will be less prone to flashes of impatience when the runs need to be ground out – as the Delhi player did during IPL 2019 – they might turn to Dhawan’s experience. 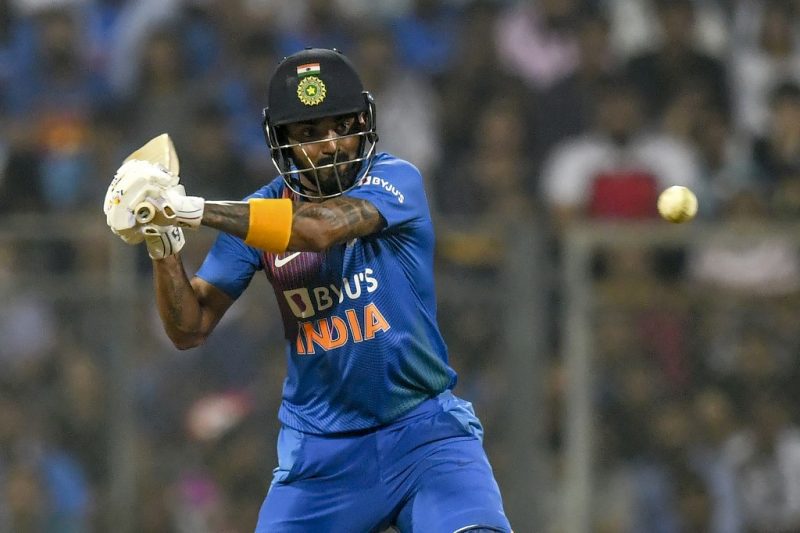 Since the start of 2019, only Virat Kohli has a better strike-rate than KL Rahul in the Indian side – AFP

Sonali Dhulap: That Dhawan can be an explosive match-winner is no news. With over 4,500 runs at a formidable average a shade above 45, he and Rohit make up one of the top five opening pairs in ODI history. But Dhawan’s flamboyant form has not translated to T20 cricket of late. More worrying is his injury-prone nature.

So, Rahul’s resurgence in 2019 cannot be ignored. The Rahul of today has come a long way from the one who was admonished for his controversial appearance on an Indian talk show early last year. He scored 572 runs at 47.66 in 13 ODIs in 2019 and did as well in the shortest format.

Keeping the T20 World Cup in mind and on current form, Rahul partnering with Rohit is the more logical choice. But the long tour of New Zealand offers the option to try both combinations. And fitness and consistency will play a huge role before Kohli makes his choice.

Shikhar Dhawan and KL Rahul have given India a blazing start. The pair has already hit ten fours and a maximum in seven overs.

Can Sri Lanka breach the stand to stop the carnage?#INDvSLhttps://t.co/U1qvXOY0kz pic.twitter.com/BSs5rJ2cs3

Rishad D’Souza: Barring Rohit’s world-leading tally of four hundreds, no Indian has scored more hundreds in T20Is than Rahul’s two. That said, Dhawan does have a tremendous reputation at ICC events and it is worth keeping him in the plans until the World Cup.

Related Story: Shikhar gets dismissed by ‘junior’ Dhawan for 99

For now, India should prime all three openers for the trip to Australia. Should one of them suddenly suffer a lean patch, they will have the option of a like-for-like substitution instead of trying to switch up the batting order, which might backfire.

As for who should be in the starting XI, Rahul does appear as the better bet to pair Rohit for now, but a decision can be made closer to the tournament based on performances in the assignments to come.