Despite succumbing to a 3-2 series defeat in the recent ODIs against South Africa, Yas Rana believes Pakistan may be the side to upset the odds at this summer’s World Cup.

Whisper it quietly, but Pakistan – the most unpredictable team in world cricket – have a side more than capable of winning the World Cup.

Since their 1992 World Cup win, their limited-overs sides have been laden with mercurial talents and all-round cricketers who, although not blessed with consistency, have had the capacity to turn any game on its head. 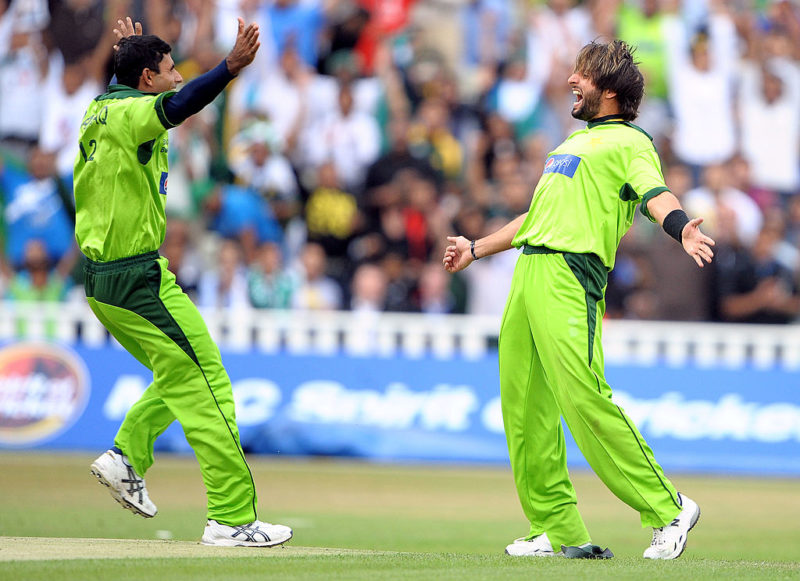 The 1990s and early 2000s saw Pakistan in possession of genuine world-class operators, such as Saqlain Mushtaq, Shoaib Akhtar, Saeed Anwar and Inzamam Ul-Haq, combined with the likes of Shahid Afridi, Abdul Razzaq and Azhar Mahmood, whose career stats didn’t provide a fair reflection of their impact but highlighted their inconsistency nonetheless. They all averaged below 30 with the bat and above 30 with the ball – the wrong way round, you might say – but they were equally capable of single-handedly winning a game for their side.

However chaotic Pakistan cricket was, and however badly they may have played in their previous game, on their day Pakistan were always capable of beating any side in the world. In the group stage of the 1999 World Cup, a competition in which they finished runners-up, Pakistan managed to beat eventual champions Australia and lose to minnows Bangladesh.

Related Story: Mohammad Abbas dropped for Brisbane Test
Eight months before crashing out of the group stages at the 2003 World Cup, finishing one place above the Netherlands and two places behind Zimbabwe in their group, they beat that great Australian side of the late 1990s and early 2000s in an ODI series in Australia. In 2011, they reached the semi-finals just months after the infamous spot-fixing scandal.

Impossible to predict and consistently inconsistent. Pakistan cricket in a nutshell.

Pakistan’s best moment in ODI cricket since their landmark 1992 win was undoubtedly their shock Champions Trophy victory in England in 2017. Thrashed by India by 124 runs in the group stage, they sensationally gave their most ardent rivals a piece of their own medicine in the final, beating them by 180 runs – the largest winning margin in an ICC final.

That triumph could have been a turning point – a platform on which to build upon in the run-up to the World Cup. But it’s never that simple for Pakistan. They went down 5-0 in their first away ODI series after the Champions Trophy, against New Zealand. In last year’s Asia Cup, they finished third behind India and Bangladesh in the Super Four stage and were fortunate to be placed above Afghanistan, albeit in conditions totally different to what they’ll face in England later this year. 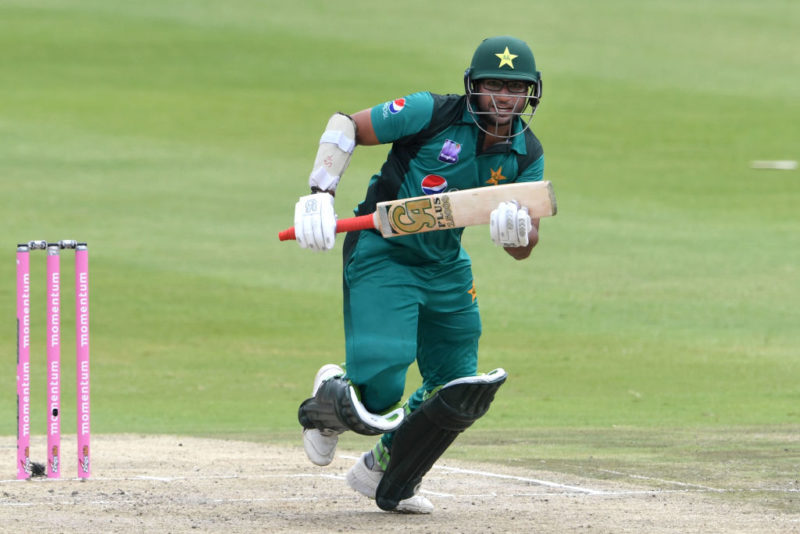 Imam was the leading run-scorer in the South Africa ODI series, with 217 runs from five innings

But the form book remains irrelevant when it comes to the men in green. Pakistan possess a mightily impressive side that, in English conditions, is more than capable of winning this year’s World Cup. In their recent 3-2 series loss against a talented South Africa side, they showcased the ingredients of a team that could do more than cause the odd upset this summer.

At the top of the order, Fakhar Zaman, hero of their Champions Trophy triumph, averages more than 50, strikes at just under a run a ball and has an ODI double-century to his name. His partner Imam-ul-Haq averages north of 60 in his 21-game ODI career and is more measured in his approach than Fakhar. The pair complement each other perfectly. 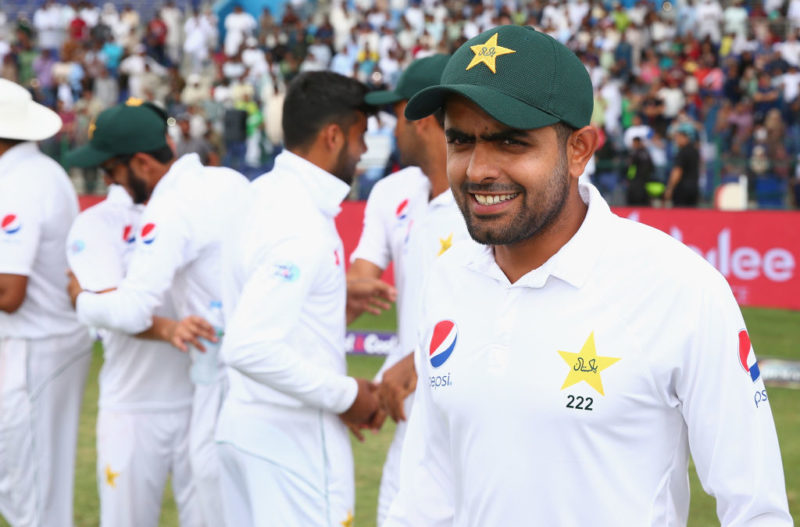 Babar Azam is on a similar career trajectory to India’s No.3, Virat Kohli. Beautiful to watch, the confidence he exuded in his battles with Dale Steyn in the recent Test series against South Africa suggests that no occasion is too big for him. He averages 50-plus in ODI cricket from over 50 games and is a player they can base their team around.

Sarfaraz Ahmed, Mohammad Hafeez and Shoaib Malik are the wily old-stagers. Perhaps not as destructive as rivalling middle orders, their collective know-how and tournament experience will surely be of great benefit.  Shadab Khan is a rapidly-improving batsman and vastly under-appreciated leg-spinner. Not given the opportunity to showcase his talents in the IPL, he is comparable to his Afghan namesake Rashid with bat and ball, and certainly trumps him in the field.

Imad Wasim’s left-arm spin is simple but hugely effective. Since the start of 2016, his economy rate has been a miserly 4.51 – he will certainly hold his own in the middle overs. 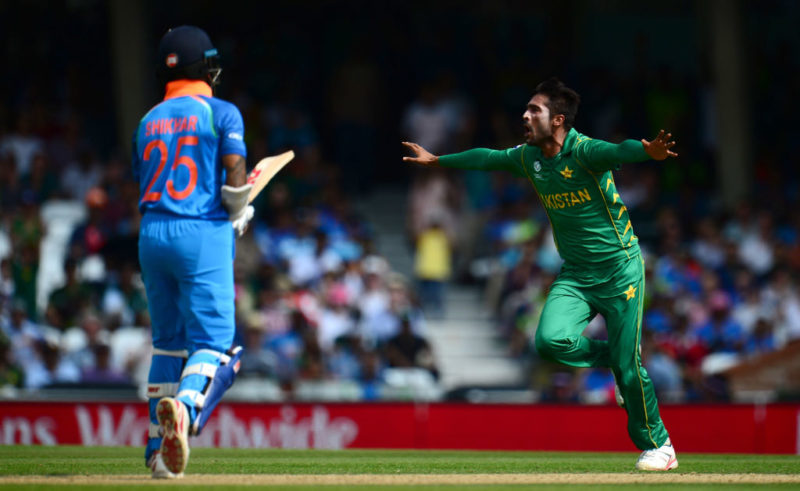 Most exciting of all, as always with Pakistan, is their seam attack. Mohammad Amir, dropped during their recent disappointing Asia Cup campaign and whose form has deteriorated of late, could conceivably be the Player of the Tournament in a competition where early wickets will be of paramount importance. Few bowlers are capable of the kind of spell he produced in the Champions Trophy final and if he regains full fitness and form – admittedly, that’s a big if – he could be a real weapon.

Shaheen Afridi, the giant teenager who made a name for himself during the Under 19 World Cup last year, has enjoyed a stellar start to his international career. Rapid and able to extract sharp bounce, he is likely to be one of the breakout stars of the summer. Add Hasan Ali to the attack, a champion death bowler even if he is a little inconsistent (there’s that word again), and Pakistan are a team jam-packed with match-winners from 1-11.

Related Story: Pakistan international Umar Amin signs for club cricket team
Last month England captain Eoin Morgan name-checked Pakistan as one of England’s main challengers for the World Cup trophy, and while a Pakistan run to the final would not be at all unexpected, neither would a red-faced exit after the group stage. Either way, it’ll be entertaining.