The Pakistan Cricket Board (PCB) has issued a statement in response to on-field comments made by Pakistan captain Sarfaraz Ahmed during the second ODI against South Africa, which were branded by some as ‘racist’.

The comments came during South Africa all-rounder Andile Phehlukwayo’s innings of 69 not out, which secured the hosts victory. Sarfaraz’s comments referenced the chancy nature of the innings and also Phehlukwayo’s skin colour.

He was heard saying in Urdu: “Abey kaale, teri ammi aaj kahaan baitheen hain? Kya parwa ke aaye hai aaj?” which means, in translation, “Hey black guy, where’s your mother sitting today? What prayer have you got her saying for you today?”

The PCB has since issued the following statement, reiterating their “zero-tolerance approach towards racist comments” and saying his remarks were “not acceptable”. 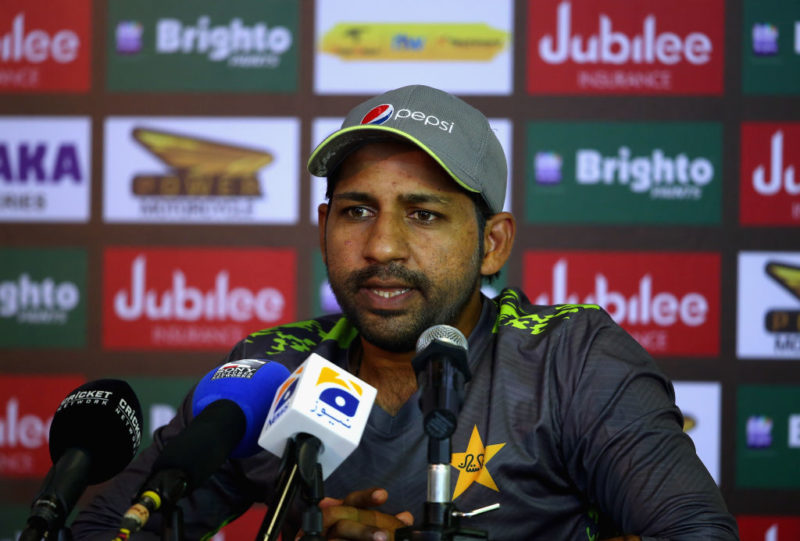 Sarfaraz has come under fire for his comments

“The PCB expresses regret over the remark made by their captain Sarfaraz Ahmed and picked up by the stump mic during the second ODI against South Africa in Durban. The PCB neither endorses nor supports any comments that have the potential to cause offence, and firmly reiterates their zero-tolerance approach towards racist comments made; in whatever context.

“This incident has also highlighted the importance and significance of player education and training at all levels. The PCB endeavors to improve their player education programmes to ensure these types of incidents do not happen again.

“Sarfaraz is one of the most respected cricketers in the world. However, captaining Pakistan is a massive honour and any hurtful remarks by any cricketer, let alone the captain, are not acceptable to the PCB.

“The PCB is confident that this incident will not affect the series, which has been played in great spirit with some excellent performances from both side. The PCB is also hopeful that the crowds will continue to turn up in big numbers for the remaining matches to support cricket.”

Sarfaraz himself responded to the furore over Twitter, though his apology has also been criticised for insincerity. The ICC are yet to respond, and what the sanction could be is unclear, though their website states: “On-field racism is considered one of the most serious acts that can be committed, with the possibility of a life ban for anyone found guilty of such an offence.”