England’s T20I series win over South Africa involved some mammoth totals, with bowlers on both sides bearing the brunt of some serious power-hitting.

Mark Wood was certainly on the end of some punishment, conceding 118 runs from the 10 overs he bowled in the three-match series, with figures of 1-47 off three overs in the final match.

JH: On Mark Wood – they obviously want that pace. But when Archer comes back into the side, which he surely will, does Mark Wood have the skills of a modern T20 bowler to be able to nail down a position in this side? He doesn’t seem to have a back-of-the-hand slower ball, his wide yorker doesn’t seem to come off if he is trying it. He seemed quite erratic in that final game.

TH: He could’ve been taken out of the attack in the first game as well after bowling two beamers. Then he got Quinton de Kock out off a full toss in the second match. I think it’s a good point – over the last year we’ve seen Mark Wood’s resurgence. When you see that kind of pace you can understand why England are desperate to get him in even if it is a T20 and you’re looking for different types of skills. The main issue for England – and what Archer can offer them – are skills in the powerplay. Over the course of the three matches the only bowler to take a wicket in the powerplay for England was Moeen Ali. [Quinton] de Kock was another level and [Temba] Bavuma batted really well too. But that’s where Archer has to come in because it’s those first few overs. Jordan looks brilliant at the death with his yorker – it works. Tom Curran at the death is working, but when they both bowl at the start they seem out of place. 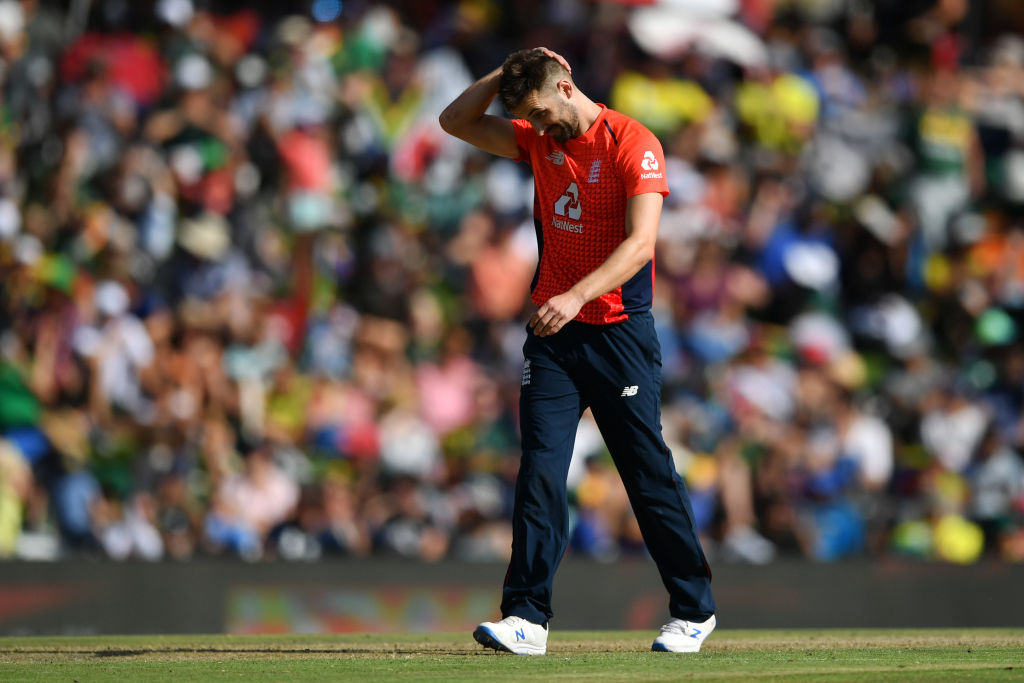 JH: We know Mark Wood doesn’t like bowling with a new ball because he finds it too slippery which I think was part of the reason he bowled those two beamers. He might slip away from that squad, particularly as they’ve got Saqib Mahmood who they’ll want to have a proper look at – he was in that squad and didn’t get a game. They’ve got to give him a proper opportunity before the start of the World Cup in October.

PW: Saqib’s time will definitely come and probably quite soon. I can absolutely see what you’re saying with Wood. I would just add that in Australia, in this tournament, the pitches are quicker, the bounce is there but also the boundaries are longer. When you’re bowling quick in India, when the boundaries are 50 yards, or bowling quick in those T20 games against South Africam when the boundaries are 50 yards, it’s a very difficult skill to contain as well as attack. It’s very hard. Half a bat, just a block into the off-side and it runs away for four. [Jonny] Bairstow hit a couple of fours off [Dale] Steyn where he literally just leant on it and it fizzed away. It’s a thankless task but the task is mitigated slightly by the conditions they would find in Australia. If Wood is going to play in this T20 side then I think he would play in those conditions more favourably than in any other conditions.

That said I think Saqib, who is eight years younger than Wood, had made his name in white-ball cricket. He is undoubtedly the coming man, probably has a bag of tricks which is slightly more fulsome than Wood’s. Maybe that replacement can take place in due course – I think it’s likely. Tom Curran’s skills are outstanding – he lacks that incisiveness with the new ball in those first few overs which is where Archer comes into the equation. But at the death he is outstanding.

You can listen to the full episode of the Wisden Cricket Weekly Podcast on the Podcast App or Spotify.