On the latest Wisden Cricket Weekly Podcast, the panel selected a team of players that burned bright and brief in Test cricket, and in doing so wondered what would have been had things gone differently for Ravi Bopara in Test cricket.

He played just 13 Tests, but despite promising much with three back-to-back centuries in the West Indies, Ravi Bopara will likely go down as one of England’s lost batting talents.

Phil Walker: I just feel with Ravi that 13 Test matches is not enough to know the truth about the talent and his aptitude to play at that level. We know that he made three hundreds against the West Indies. Some would say those are cheap hundreds, some would say they were so impressive that they persuaded the likes of Andy Flower and Andrew Strauss, those two outstanding cricket minds, to bat him at No.3 against Australia in an Ashes series, so they must have had some effect, those innings.

As it was, he probably wasn’t a No.3, he was probably never a No.3. He played four Test matches against Australia for a highest score of 35, a failure of an experiment without a doubt. I think he was shunted into a position where he had never really played before. Since then he’s never really batted in the top three for Essex. He’s a four, five, six, that’s his game. He made that first hundred against West Indies at No.6, and for me, he would be a perfect No.5 or 6 in a side like this. I have no doubt that he would have had a reasonably successful Test career.

He would have been in and out of form, but who wasn’t at that time? I think he would have offered something to that Test side. And you’ve got to remember he was only 23 or 24 when he played those games. It was Trott who came in in that ’09 game and settled in in a matter of minutes, but Ravi’s the great lost talent of the English Test cricket story of the last 20 years. 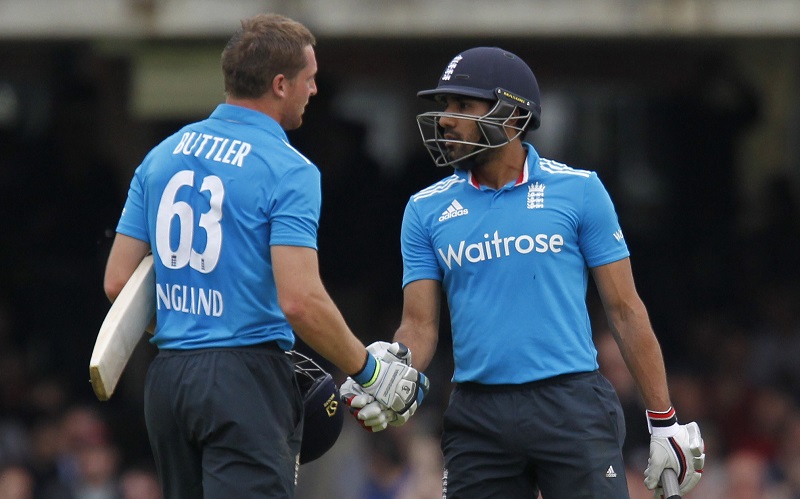 Ravi Bopara had a fine ODI career for England, but never properly came good at the Test level

Yas Rana: He didn’t actually do that badly in the Ashes. He basically got a start in every Test other than the last Test before he got dropped. Considering he wasn’t really a No.3 that’s quite impressive. And he only played three Tests after that, two in 2011 and one in 2012. He did alright in one of them – he got 44 not out.

Jo Harman: The thing with Ravi, compared to Collingwood or Trott, he’s never absolutely torn it up in county cricket in a first-class season. I don’t think he’s ever scored 1,000 runs in a first-class season, which for a player of his talent is ridiculous. That’s why I’d agree he’s a lost talent, but I don’t think there’s enough evidence to suggest he’d have had a sparkling Test career. From a mindset point of view, he’s always seemed more suited to limited-overs cricket, and had a really, really strong England ODI career, which perhaps gets overlooked a bit.

Ravi Bopara’s career at @EssexCricket comes to an end today, 17 years after his first team debut.

A legend of Chelmsford. pic.twitter.com/qGY2XXPEjG

PW: I think England sensed a mental flimsiness to Ravi, a fragility, and at a time when they were trying to become the best team in the world, they probably felt that the utility player role, the jack of all trades role, would be better filled by someone like Collingwood, who was always going to eke out the most out of his ability, than someone like Ravi, who had the sense of being a doomed, beautiful dasher type character.

Ben Gardner: As much as Bopara’s career, when he was properly in form coincided with that golden crop of English batsmen in the late 2000s, early 2010s, when he might have made a comeback was when what looked like another golden generation of English batting talent was coming through, though for various reasons that has only been partly fulfilled.

Eoin Morgan was batting at No.6 in that 2011 summer when he might otherwise have gotten a chance, and that quite work out but you can see why England tried it, and then in 2012 it was Jonny Bairstow and James Taylor, who, when they were coming into the side, both looked like players who might average 50 in Test cricket, and then Joe Root that winter. I think that generation came along at just the wrong time for Ravi as well.

The Wisden Cricket Weekly Podcast is available on Spotify and the Podcast app.