Joe Root has criticised the quality of the Lord’s wicket following his side’s 143-run victory over Ireland on Friday.

The England captain avoided going into specifics, but said: “I don’t like saying this, but I do think the wicket was sub-standard for a Test wicket. I think we worked really hard yesterday to get ourselves to a score.

“It wasn’t a fair contest, was it? That’s the way I’d like to put it. But, still, the same for both sides, you’ve got to find a way to win. Hopefully we won’t have too many more of these [surfaces] throughout the summer, but if we do, we’ve got this in the bank now to learn from.” 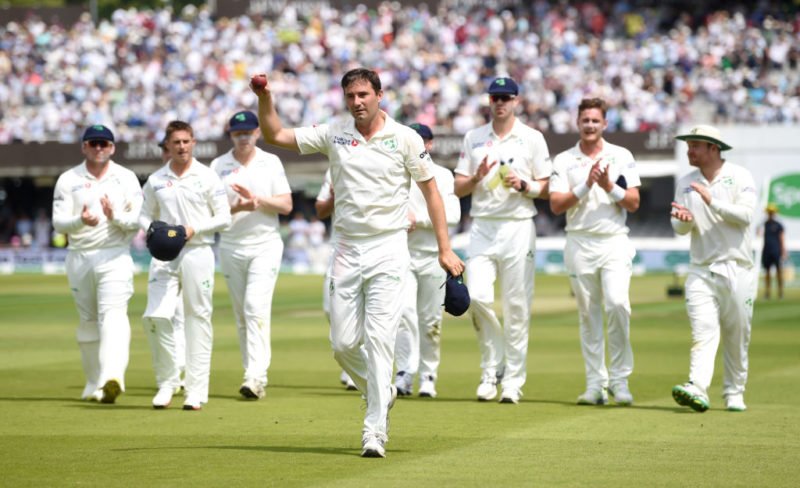 The match, just Ireland’s third Test and their first against England, was a low-scoring classic. England were dismissed before lunch for just 85 against the Irish medium pacers on an extraordinary first morning, which included the loss of four wickets for one run to reduce them to 43-7.

Ireland posted 207 in reply, a lead of 132, before a second-wicket partnership of 145 between Jason Roy and nightwatchman Jack Leach helped England to 303 all out, leaving Ireland a target of 182 runs at the beginning of day three.

After a short rain delay and in cloudy conditions that favoured the bowlers, Chris Woakes and Stuart Broad took just 15.4 overs to run through the Ireland line-up for 38 runs, the seventh-lowest Test score and the lowest at Lord’s.

Former England captain Michael Vaughan disagreed with Root, arguing that the pitch had offered something to the bowlers, and that “‘you only have to look at Jack Leach” – a reference to the 92 scored by the Somerset spinner, who averages under 12 in his first-class career, and for which he was awarded Man of the Match.

England begin their Ashes campaign against Australia at Edgbaston on Thursday.