Who is a better all-rounder – Ben Stokes or his predecessor Andrew Flintoff? Akshay Gopalakrishnan pours through the numbers to find out a few startling resemblances, and more eyebrow-raising differences between the two stalwarts.

When Ben Stokes blasted a breathtaking 258 against South Africa in January 2016, he did what no England Test cricketer had done before him. By zooming to a double hundred in just 163 balls, Stokes became the first cricketer from the country to reach the landmark at over a run a ball.

England clinched that four-Test series 2-1, in the process maintaining a 16-year run of not having lost a series in South Africa. But it was that double hundred – the second-fastest in Test history – that overwhelmingly lingered as a defining performance, and a critical early sign of Stokes’ indubitable potential for greatness.

That Cape Town masterpiece came in Stokes’ 21st Test. By then, the signs were clear that England had a special talent in hand. In terms of early career impact, Stokes had ticked most boxes, definitely more than a certain other England all-rounder did.

If you’ve been anywhere near English cricket over the last five or so years, you’ve probably come across this somewhere. Ever since his debut, the one constant in Stokes’ career has been the comparisons to Andrew Flintoff. It’s a subject that has gained traction as the New Zealand-born all-rounder has scaled-down new heights, but reached its zenith after the Headingley heist. 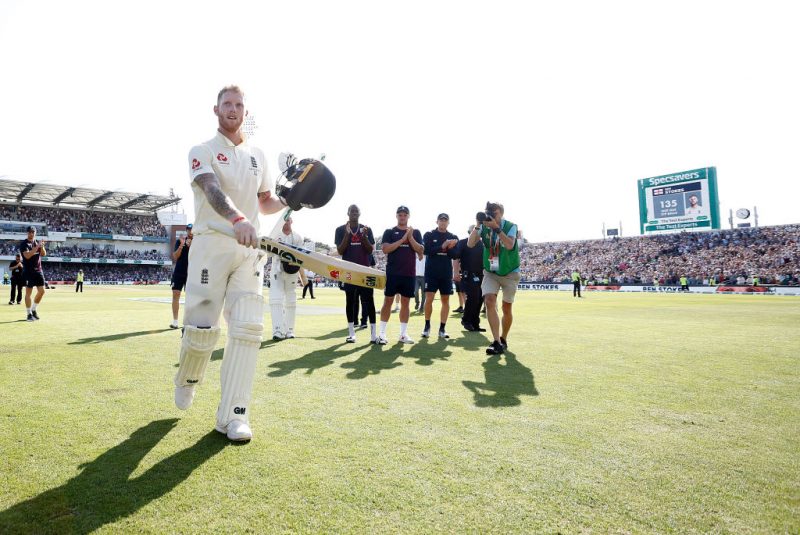 “He is now a world box-office attraction”

“It changed my life overnight. I think Ben’s life will be the same,” Ian Botham said of Stokes in the aftermath of that epic innings, recalling his own Headingley ton in the 1981 Ashes that had similarly catapulted England to an unlikely win. “He will have no private life. He has to get used to that, and so do the family.

“He is public property,” Botham continued, “but it is a great place to be in for the long term. It will set him up for life. He will reap the rewards, which he richly deserves, and he is now a world box-office attraction.”

Botham’s comments were reflective of the larger England, who love their once-in-a-generation performers, who constantly seek that next big thing, the one who is going to be their saviour when things don’t quite work out. Which is why no conversation about English all-rounders can ever be complete without a mention of Botham himself. But Botham was a different beast. An all-time great. A star whose mystique transcended quotidian proportions. Flintoff never quite reached those heights; Stokes could well end up there, but not just yet. So for the sake of this comparison, let’s stick to the two most recent talismans.

By now, it’s apparent that Stokes and Flintoff are different kinds of all-rounders. Stokes is a batsman who can perform the third or fourth seamer’s role. Flintoff started out as a batsman with much potential but fizzled out. At his prime, he was arguably England’s top bowler, and one of the world’s best. 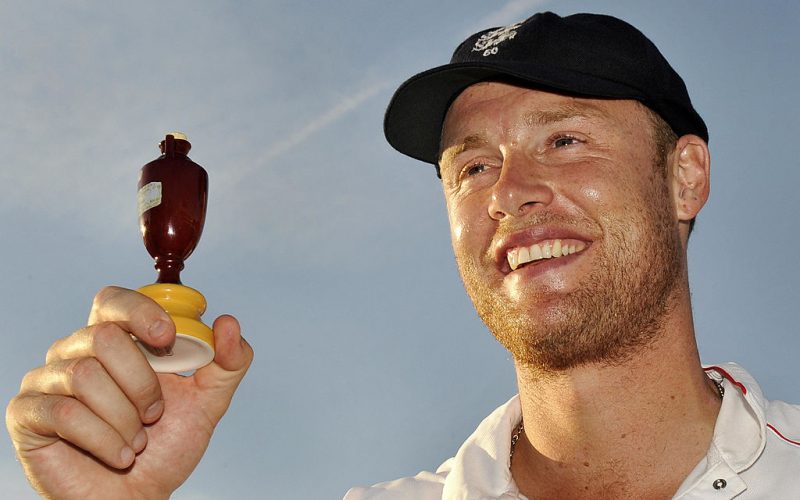 Flintoff was named one of Wisden’s Cricketers of the Year in 2004, and Wisden Leading Cricketer in the World in 2005

That 137 came in Flintoff’s 21st Test innings, after a frustrating four-year period of scattered Test appearances. By his 21st innings, Stokes had fought back from being dropped after a hat-trick of ducks against India, and had two hundreds and three fifties. He had scored his maiden hundred in just his second Test, in trying conditions. Thrown to the wolves in the middle of a harrowing Ashes campaign, following the sudden, and unfortunate, departure of Jonathan Trott due to a stress illness, Stokes made a dogged second-innings 120, even as England capitulated by 150 runs.

England lost the series 5-0, but Stokes came away with 279 runs, the only England batsman to have hit a century, alongside 15 scalps, including a six-wicket haul. In short, Flintoff wasn’t this good this soon. 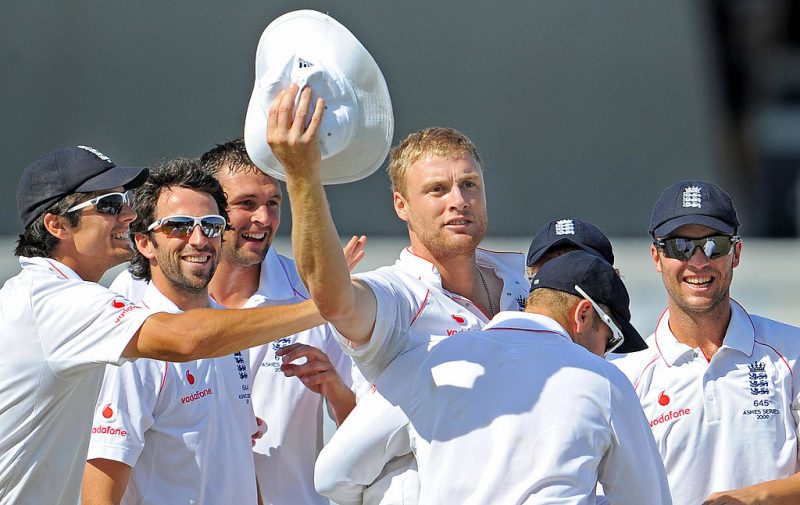 At his prime, Flintoff was arguably England’s top bowler – one of the world’s best

Numbers, though, have never flattered Flintoff. That’s a consequence of two factors. The first is that bowling was Flintoff’s primary suit. And, as cricket has shown us throughout its history, bowlers rarely get their due. They have never been the norm. A Test bowling average of 25, which would be pretty good in any era, has never quite evoked the same awe that a batting average of 50 does.

Consider this: Stokes at the 2019 World Cup scored 465 runs at an average of 66.42, with five fifties in 10 innings. Those are numbers that paint the picture of a world-beater. Flintoff, across three World Cup campaigns, spanning between 1999 and 2007, picked up 23 wickets at an average of 23.21, numbers that paint a very workmanlike picture. Admittedly, they probably aren’t quite at the same level as those of Stokes, but it’s equally true that they do not fully drive home the value of Flintoff’s contributions.

Extend that comparison to all ICC 50-over tournaments, and the difference is more pronounced. Stokes averages 72.11, with a century and five fifties in 13 innings. Flintoff’s contribution, meanwhile, is a much less heralded 32 wickets at 21.46. In other measurable terms, though these once again tend to favour batsmen, Stokes has picked up three Player of the Match awards in 15 matches at these events, as opposed to Flintoff, who only won one such award in 30 appearances. Stokes has also had a greater impact in the knockout stages, snaring one Player of the Match award in three appearances, whereas Flintoff had none in 10. 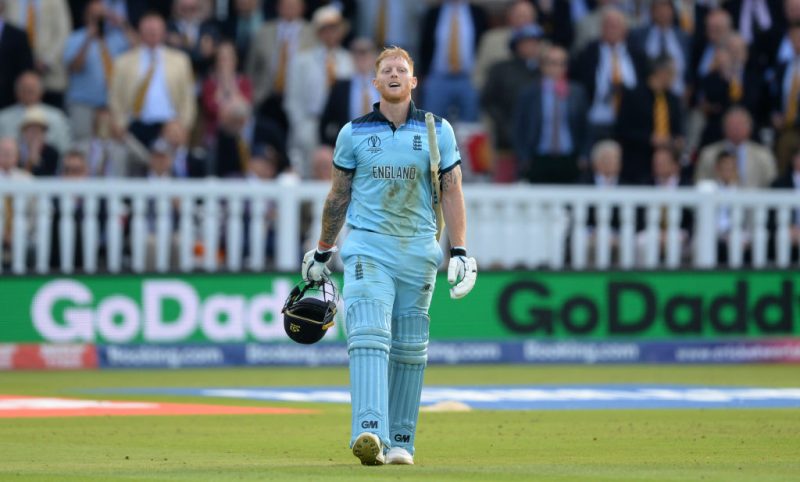 The second factor is more to do with Flintoff himself, and the fact that for all his great talents, he never fully realised his potential. Despite Flintoff’s bowling credentials, Stokes already has four Test five-wicket hauls, one more than his predecessor, with one of those coming in India, a feat Flintoff never achieved in Asian conditions. Stokes averages 0.56 runs less per wicket and takes eight fewer balls per scalp. He goes at 3.33 runs an over, as opposed to Flintoff’s 2.97, but that is, to a degree, also a reflection of the era that Stokes bowls in.

Their contributions to England’s Test wins are also near identical. Flintoff was involved in 30 of them over his 11-year career and averaged 39.30 in them. The corresponding number for Stokes, who has already been a part of 23 victories, is 40.80. They both have three hundreds and two five-fors each. While Flintoff picked up 15.3% of his team’s wickets in those wins, Stokes has accounted for 13.04%. 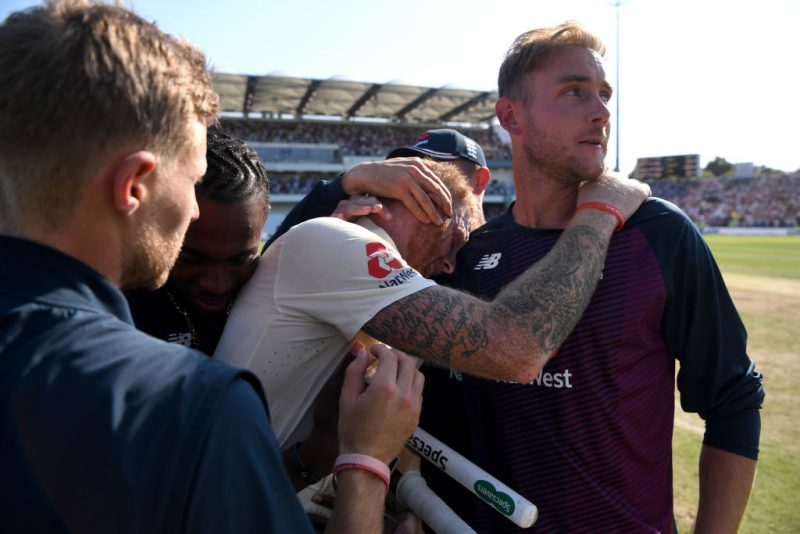 Stokes has now played 55 Tests and 95 ODIs for England. By the time he had played 50 Tests and 100 ODIs, Flintoff had put behind the struggles of his early years and become a serious force to reckon with. Statistically, very little separates the two men at this point, and that is telling in one regard.

That Flintoff’s numbers match those of Stokes is reflective of the fact that much of his impact was concentrated over a shorter period of time. And in that time, Flintoff’s contributions had a greater direct impact on England’s results. England won five of the eight Tests in which Flintoff scored a century or took a five-for. In Stokes’ case, the figure is five out of 12. In short, England relied heavily on Flintoff, as opposed to Stokes, who is part of a stronger, more well-rounded outfit.

"England fans can now talk about a Headingley innings other than Ian Botham’s. They can ask whether 2019 is beginning to rival 2005. They can wonder where Stokes sits in the pantheon of all-rounders."@WisdenAlmanack editor @the_topspin 👇https://t.co/Vwv44SSvyT

Stokes has already bagged seven Player of the Match awards, as against the six that Flintoff did, but in terms of overall series impact, Flintoff trumps him again. Stokes has been named Player of the Series once in his career. Flintoff earned the award four times between 2003 and 2005-06. It was a part of his golden period, when he was named one of Wisden’s Cricketers of the Year in 2004, and Wisden Leading Cricketer in the World in 2005.

Do any of these numbers, however, mean that one is better than the other? Certainly not. After all, what Stokes is to the 2019 Ashes outfit, Flintoff arguably was just as much, if not more, to 2005 England. But there is a reason why Stokes is so highly regarded, and to understand that, one must look at this through a qualitative lens.

In many ways, Stokes represents all that is right about the new England. A gutsy England. Combative England. Won’t-blink-first England. An England that will push back when pushed against. Stokes is bold, tough and unwilling to take a backward step, and it has rubbed off on the team – just look at what they did at the World Cup after being written off. These are not attributes that have always been associated with England sides of the past.

What Stokes is to the 2019 Ashes outfit, Flintoff arguably was just as much, if not more, to 2005 England.

It’s not as though England aren’t capable of surrender in Stokes’ presence. They have taken their share of poundings. But in Stokes, they have a symbol of hope, a bullheaded champion, and an untiring fighter. Stokes is unyielding and relentless. For as long as he is there, England will believe.

Flintoff never brought that sense of security or assuredness over an elongated period. At his best, he was a fire-breathing all-rounder, as in 2005, when he captured the imagination of the country by carrying them to an Ashes victory, in one of the century’s greatest Test series. But those moments were fleeting. Flintoff had all the ingredients to become a true great, but on either side of his peak, the final dish was more often than not undercooked. Flintoff was everything England wanted, but for far too short. And it is here that Stokes figures to trump him as the better man.

Stokes’ grit and strength – both physical and mental – make him the ideal man to carry England on his shoulders over the next decade. As one of the foremost athletes of his generation, he seems set for the long haul. Having attained the peak of his powers this English summer, the key for him now would be to sustain this excellence over a substantial period. If he can do that, he might well end up taking his place among the all-time greats.