The initial allocation of tickets for the 2020 T20 Blast Finals Day have sold out before the planned general sale period.

Just over two weeks since the 2019 Finals Day, all but a handful of tickets have been sold, with some held back to allocate to members of those counties who progress to Finals Day, and some general admission tickets only released after the pitch position and sightscreen restrictions have been confirmed.

It had been feared that the introduction of The Hundred might impact T20 Blast ticket sales, which have grown in recent years. Average attendances increased by 15 per cent in 2019, and Warwickshire confirmed that the demand this year has been the greatest since the tournament began in 2003. 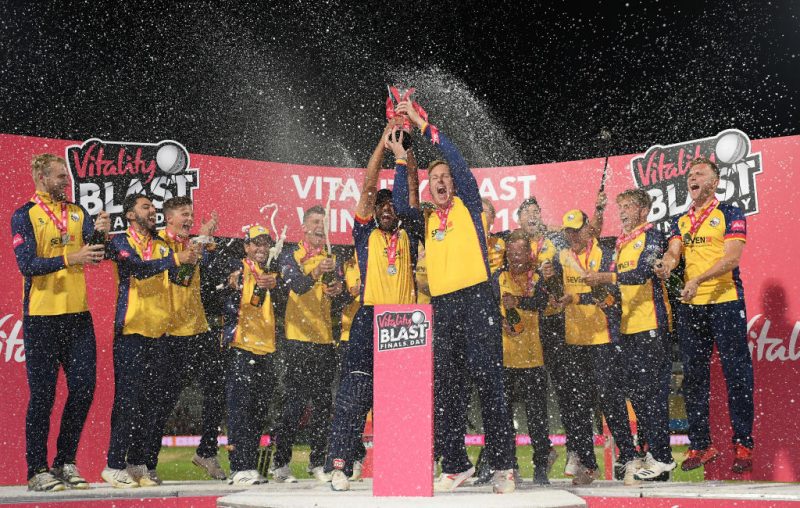 “We’ve worked really hard with the ECB and its tournament partners over the last few years to make Vitality Blast Finals Day an unrivalled experience that can appeal to all supporters of county cricket, young and old,” said Warwickshire CEO Neil Snowball.

“The trusted format of three games in a day and the increased programme of entertainment and activations make it a unique event in the global cricket calendar and one that the cricket fans clearly love and we are seeing a high proportion of ticket purchasers returning year after year.

“The launch of The Hundred along with another packed international schedule will make 2020 another very important summer of cricket in England and Wales and today’s news of a Finals Day sell out is great for the game and highlights how the Vitality Blast can continue to thrive alongside this exciting, new tournament.”

An ECB spokesperson added: “The record-breaking sell-out for next year’s Vitality Blast Finals Day is exciting news and further illustrates the opportunity for cricket to build on a memorable summer in which attendances at international domestic matches broke the three-million mark for the first time.

“The Blast saw average attendances increase by 15% this year and the ECB is committed to investing more than ever into the tournament next season to help continue its growth while dovetailing with our other men’s and women’s fixtures to entertain core cricket fans and attract new fans to our game.”