Four teams – Notts Outlaws, Worcestershire Rapids, Derbyshire Falcons and Essex Eagles – will battle it out at Finals Day as the Vitality Blast draws to a conclusion.

Here’s a look at the four semi-finalists

Now we know the draw for Finals Day…

Who wins at Edgbaston? 🤔#Blast19 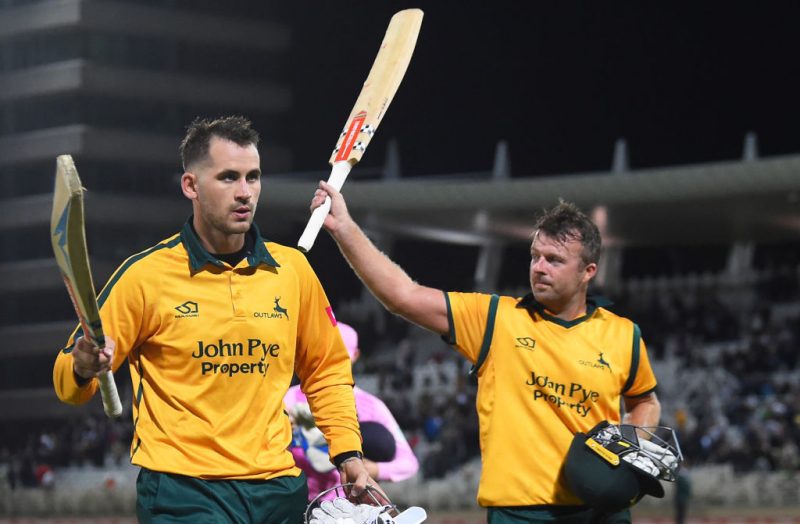 The Dan Christian-led Nottinghamshire side finished second in the North Group, having accumulated six wins, four defeats and four no results from the 14 matches they played. They then went on to crush Middlesex in the quarter-finals to qualify for the semi-final against Worcestershire.

The quarter-final star for Notts, has so far scored 366 runs in 11 games, which include four fifties. The 30-year-old’s blistering 83 not out off 47 balls against Middlesex helped his team romp into the semi-finals with all ten wickets in hand. In the chase of a tricky 160-8 set by Middlesex, the opener smashed 6 fours and 7 maximums as Notts scaled the total with 22 balls to spare. Hales will look to carry the same destructive form in the semis against Worcestershire.

Moores, the 23-year old wicketkeeper, has been sharp behind the stumps and has made a number of handy contributions with the bat too on the rare ocassions when the top-order has failed to deliver.

Related Story: Quiz! Name the bowlers with the best figures in each World Cup final 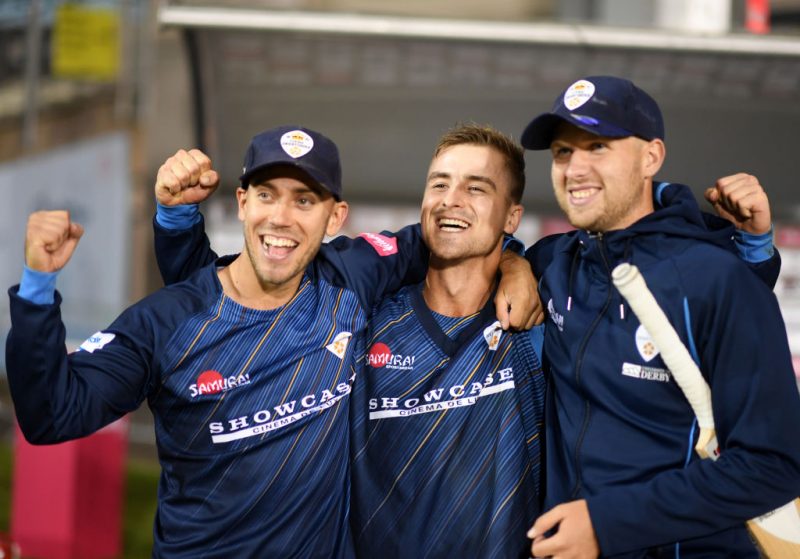 The Derbyshire Falcons is led by Billy Godleman, who has led from the front and scored vital runs in the middle-order. This is Derbyshire’s first Finals day appearance after securing seven wins in the North Group. They defeated Gloucestershire in the quarter-finals by eight wickets, chasing down a modest score of 135-7 on the back of Wayne Madsen’s 37-ball 47.

With 22 wickets in 13 matches at an average of 15.09, Rampaul is the overall leading wicket-taker in this season’s competition. The paceman has been brilliant for the Falcons and has consistently picked up wickets for them. He will be the key in the semi-finals against a side like Essex, who have four 180+ totals in the tournament so far.

23-year-old Critchley has been Derbyshire’s second best bowler this season after Rampaul. While Rampaul has confounded the batsmen with his pace, Critchley’s leg-breaks have been helpful in providing crucial breakthroughs. He has picked up 17 wickets in 13 games at 16.41, including a four-wicket haul. The youngster is one to watch out for as he also dismissed Steve Smith in Australia’s tour game this month before the fourth Ashes Test. 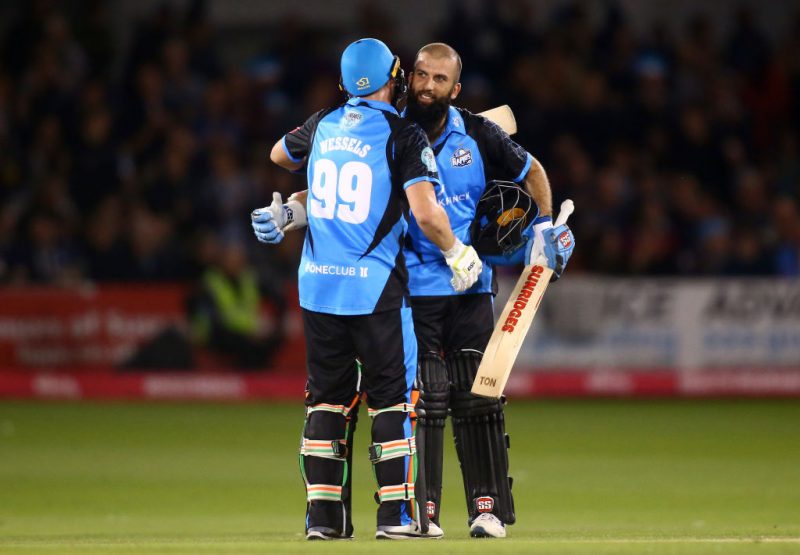 Reigning champions Worcestershire finished fourth in the North Group and progressed with just six wins from 14 games. They faced Sussex Sharks in the quarter-finals and captain Moeen Ali’s exceptional unbeaten 121 off just 60 balls helped them into the semi-finals with eight wickets to spare.

Ali is a talented all-rounder and his return to the Worcestershire side after being left out of the Ashes, boosted the chances of the defending champions. He has picked up eight wickets in only five games and scored 312 runs, which includes the terrific quarter-final knock, which saw them chasing down a huge total of 184-6 with 14 balls to spare. But it is not only his pedigree as an all-rounder that is impressive, he is an equally brilliant captain, who instills fearlessness in the younger generation of Worcestershire players.

At 21, Brown is already turning into a big star. He was brilliant in Worcestershire’s winning campaign last season and has impressed again this year, taking 14 wickets from 12 games. Brown has a good record at the death and his slower balls are very difficult to deal with. His economical bowling in the final last year was a huge help to the team and if he continues in the same vein, Worcestershire will have little to fear. 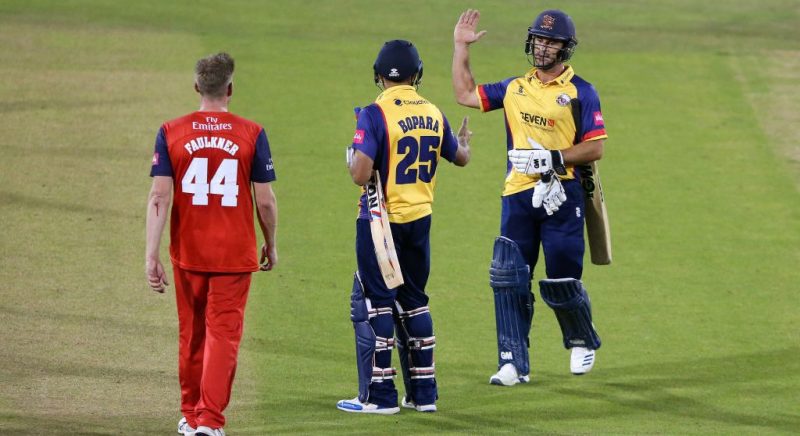 Essex beat a much-fancied Lancashire side in the quarter-final

Essex are the only team to qualify from the South Group for the finals day. They progressed to the quarter-final with 15 points in 14 matches and in a evenly-matched fixture, they defeated Lancashire by six wickets, chasing 159 with four balls to spare.

The Netherlands veteran is a smart all-rounder, who has been one of the most dependable players for Essex for a long time. He has scored 267 runs this season and was also responsible in leading the chase in the quarter-finals with a 31-ball unbeaten 45 and sharing a fifty-plus partnership with Ravi Bopara (39*) for the fifth wicket.

Essex-born Lawrence is only 22 but a very promising batsman and a handy leg-spinner. He has already scored 360 runs this season with four fifties. He failed in the quarter-finals but has scored crucial runs for the team throughout the league stage. His vital middle-order contributions will prove useful in the semi-finals when they face a side like Derbyshire, who have very little experience in knockout games.