Even as he fights to claim the opener’s spot in the first Test against New Zealand and become India’s 297th Test cricketer, Shubman Gill has said that there is no competition with U19 contemporary Prithvi Shaw.

Shaw and Gill were both part of the India team that lifted the Under-19 World Cup trophy on the same shores, in 2018. Gill has since enjoyed touring in New Zealand: He made his international debut there and has played his only two games in national colours so far during the senior team’s limited-overs tour last year. Over the last fortnight, he has returned scores of 83, 204* and 136 in three first-class innings with the A team.

He will next make his case in a three-day tour match against New Zealand XI, beginning on February 14 in Hamilton. Another strong showing in the warm-up game will make him hard to look past as Mayank Agarwal’s partner for the opening Test in Wellington, which begins on February 21 – although Shaw, who averages 118.50 from his two Tests so far, is keen to make his return after a spell on the sidelines owing to injury and suspension. 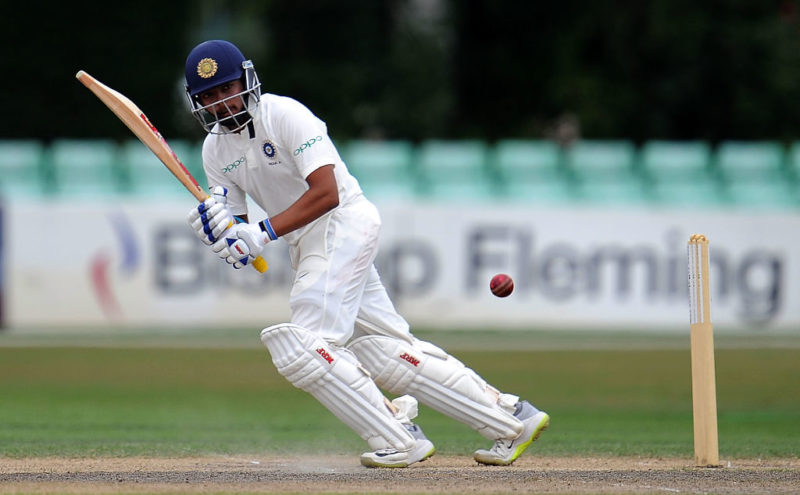 “Obviously, our careers started at the same time,” Gill said on the eve of the match, “but there is no fight as such. Both of us have done well in our positions. It’s up to the team management, who they will play. Whoever gets the chance will try to make the most of the opportunity and not let it go waste.”

While Gill has had much success in New Zealand lately, he knows it won’t come easy. “I think the wickets here are really good to bat on, especially when we played the days game in Christchurch, the wickets were really good to bat on,” he said. “The only challenge that we were facing was the bounce. The bounce was really good and it was really consistent. Keeping the wind factor in mind, it was not that easy to consistently pull and hook the ball.”

One of the exponents of the kind of bounce that Gill speaks of has been Neil Wagner. The left-arm pacer has made a career out of bending his back tirelessly and bowling short balls for long periods of time in Test cricket.

A long walk by the Blue Springs and a whole lot of fun with the team mates, that’s how #TeamIndia spent the day off ahead of the Test series. pic.twitter.com/TPmIisqW8v

Wagner’s persistence has been so effective that he has at times taken docile pitches out of the equation by hitting the deck hard. “I think their bowling attack has been taking a lot of wickets with the short ball, especially Wagner,” Gill said.

“If you see the last series they played against Australia, when nothing was happening in the wicket, they were really relying on the short ball. I think as a team, as a batsman, if we could take that out of the picture and not give wickets to the short ball, it will be really helpful for us.”

Not tiring has also been a part of Gill’s growth, as he has built himself up for the long haul by turning in a clutch of big innings, so much that he is now ready to take those lessons with him if and when he graduates to the Test level.