In the latest instalment of Things We Miss, Phil Walker recalls the grand old days of cricketers saying exactly what the bloody hell they bloody well liked.

So there’s this YouTube clip you may have seen. It did the rounds a while back. It’s a TV show, starring Ian Botham in his ‘Beefy Goes To Hollywood’ phase. Alongside him, a Keegan-permed presenter who would later become a Scottish National Party MP, and an audience of pubescent proto-Paxmans presumably planted by a gang of hard-left BBC apparatchiks. It’s 1986. The show is called Open To Question. Forget Scargill, Howard Jones, Thatch in a tank; this is Britain in the Eighties.

By the standards of modern TV, it’s magnificent stuff. The kids are relentless, roasting Beef well into Sunday, and by the end of it they’ve shrunk our larger-than-life hero to the size of a newborn’s nappy, which, since you ask, he’s not for changing. After all: “If you want to change nappies, change nappies. It’s a free world. That’s why my father fought in the Second World War.”

It’s a fight to the death, uncompromised by caution or cover-up, and for once Beefy can’t lay a bat on it. Yet watching it a second time, and a third and a fourth (it just keeps on giving), I begin to develop a peculiar kind of affection for the old sausage, even as he skewers himself.

The footage goes way beyond simply informing us where Ricky Gervais got his initial inspiration (“Someone who is a maverick, who did that to the system…” etc). This is a period piece: a relic, a grainy throwback, like Fred Trueman hosting the darts in a cardie or jolly Prince Edward knocking about in tights with, ahem, Stuart Hall. An ode to innocence no less, before PR got to us and turned out the lights.

What a drag. Think of the fun we could have, the positives we could take. Ian Bell announcing on Women’s Hour: “There are more deer in this country than in the days of King Henry VIII. Fact.”* Or Jos Buttler proclaiming on Crimewatch: “The next thing you know you’ve got some kid chasing the dragon at the age of 14.”**

Stokes told me a while back, 'I’d say what I thought people wanted to hear. But now I just say what I want'
But hold on, what about the Twitters, eh? Isn’t that great pageant of pomposity today’s freedom of expression? Don’t our heroes these days declare forth their innermost thoughts, whims and desires on the social? Well, perhaps.

But with outputs fiercely guarded by employers, agents armed with ink erasers and Facebook pages run by dedicated support teams, invariably it ends up a projection of the real thing, a PG version, with the awkward bits, the truthful bits, the bits that make them recognisably human, watered down or filtered out.

‘How To Use Twitter’ is just another module on the media training syllabus, with the best ‘users’ those who give the impression they bunked that particular class.

Of the current crop, Ben Stokes has the knack, just as Andrew Flintoff had it a few years back. “When I first started,” Stokes told me a while back, “I’d say what I thought people wanted to hear. But now I just say what I want.” And it’s not just irreverent off-the-cuff stuff; his post in support of Hales and Morgan when they chose not to tour Bangladesh (quaintly written on an iPhone ‘Note’) did more to silence the bluster around that issue than a thousand think pieces ever could. While as for Freddie, he never pretended there weren’t a thousand stories behind those shades.

Perhaps all great all-rounders, the English ones at least, are libertarians, freed by the knowledge that if they don’t deliver with their heads, they can always revert to their hearts, the best of course being selectable in either discipline. 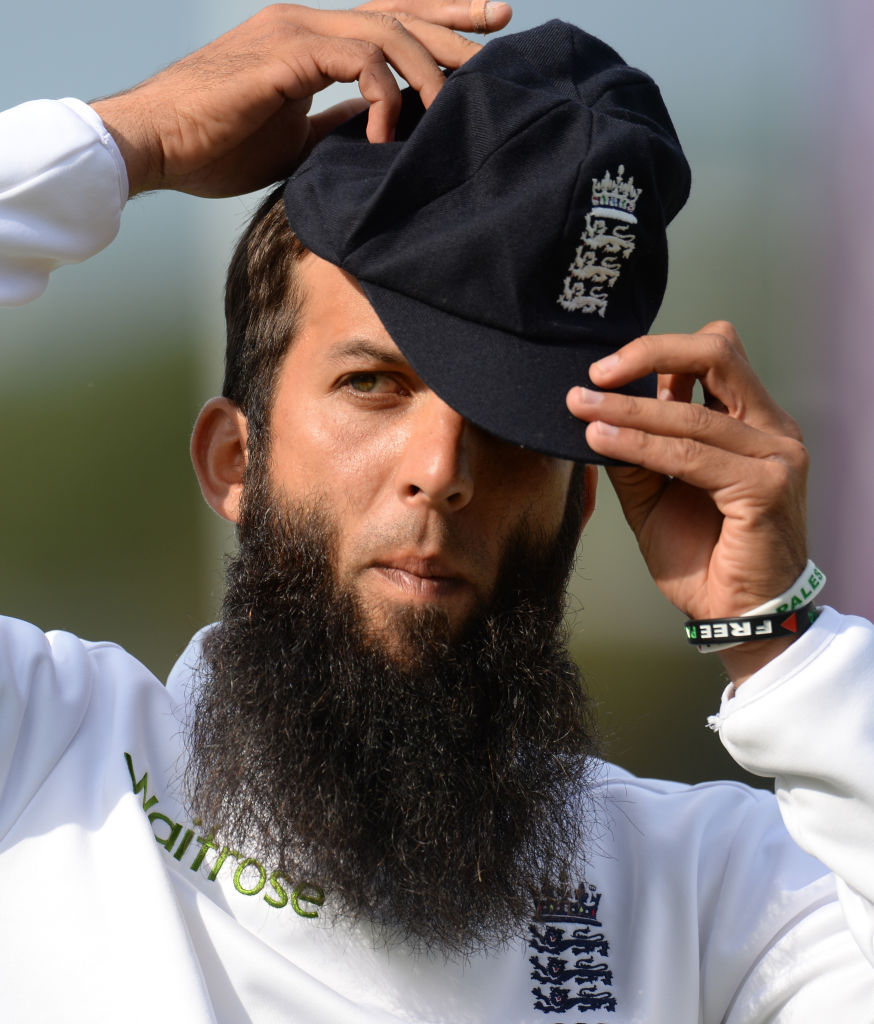 For the majority, however, it’s just easier and safer to hide behind a sheen of banality. And who can blame them? Step into forbidden realms today and you’ll get burned. When in 2014 Moeen Ali wore a ‘Save Gaza’ wristband in a Test match in what he and, commendably, the ECB deemed a humanitarian gesture, the ICC told him to take it off – because, you know, cricket and politics obviously never mix. The message was clear: you’re a cricketer. Stick to it. As Zafar Ansari wrote in his brilliant piece for last year’s Wisden Almanack, “Playing for England provides cricketers with a great opportunity to make themselves heard, but limits what they can say”.

Hell, we live in joyless times. Back in Beefy’s day, Twitter’s moralists had yet to mobilise. Nor had our armies of public relations execs. The tyranny of the mob consisted of a brace of stern letters to The Times. And so all we had to go on was kids’ TV shows on BBC Scotland, with real people asking real questions, for real people to give real answers.